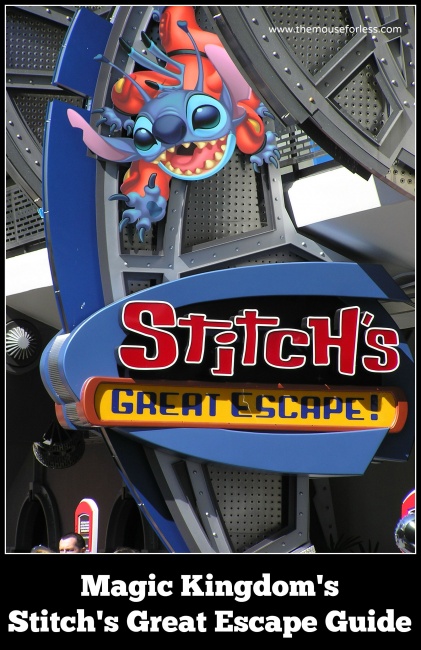 In this theater-in-the-round show, an impressive animatronic Stitch wreaks havoc by causing a power failure among other shenanigans.  In Stitch’s Great Escape, Lilo’s beloved pet is still in Experiment 626 mode!

As of October 1, 2016 this attraction is open seasonally during busy  and holiday seasons.

Age Recommendation: 7 and up

Typical Queue Time: Short; less than 20 minutes except on the busiest days

Type of Restraint: Shoulder harness, though the experience is stationary

Shopping: Merchant of Venus, located adjacent to the attraction, offers Stitch merchandise and other assorted souvenirs.

Restroom: Restrooms are located next to the attraction near Merchant of Venus and Auntie Gravity’s Galactic Goodies.