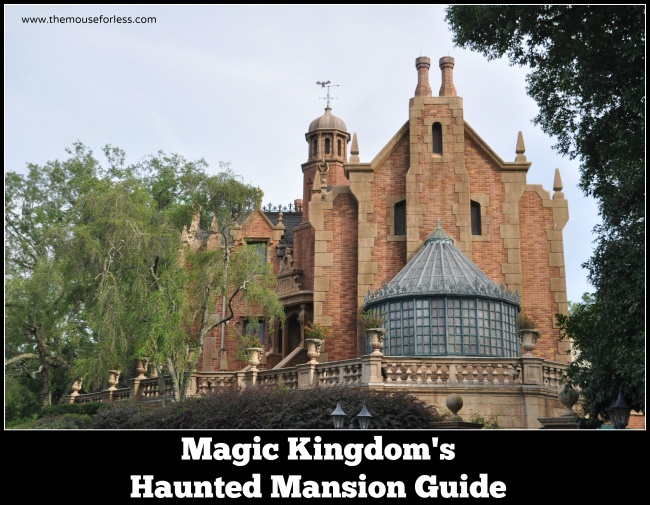 In The Haunted Mansion, guests will hop aboard a “Doom Buggy” and mingle with “999 happy haunts” in this classic Disney attraction.  Beware of hitchhiking ghosts!

Age Recommendation: Ages 5 and up

Duration of Ride: About 10 minutes

Typical Queue Time: Moderate; usually peaks at around one hour

Type of Vehicle: Doom Buggies; essentially cars that transport you slowly through the Mansion

Shopping: Located across from The Haunted Mansion, “Memento Mori” sells a wide variety of Haunted Mansion-inspired merchandise, ranging from t-shirts to candy to upscale kitchenware.

Restroom: The closest restrooms, themed after Tangled, are located in Fantasyland just past the border with Liberty Square.

Top Tips for The Haunted Mansion