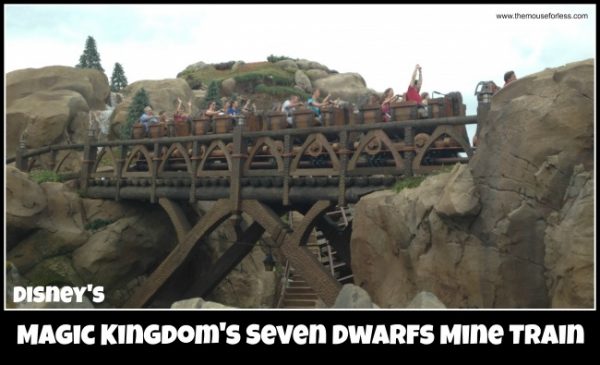 Age Recommendation: All ages that meet the height requirement

Duration of Ride: 2 minutes and 30 seconds

Type of Vehicle: Swinging roller coaster cars that seat a total of 4 each with 2 people beside each other. This is a somewhat small ride vehicle, some people with larger frames report that it can be a tight fit.

This attraction is located in Magic Kingdom’s Fantasyland.

Restroom: Restrooms are located nearby beside Gaston’s Tavern or beside Pinocchio Village Haus. There are also restrooms in the nearby Storybook Circus area.