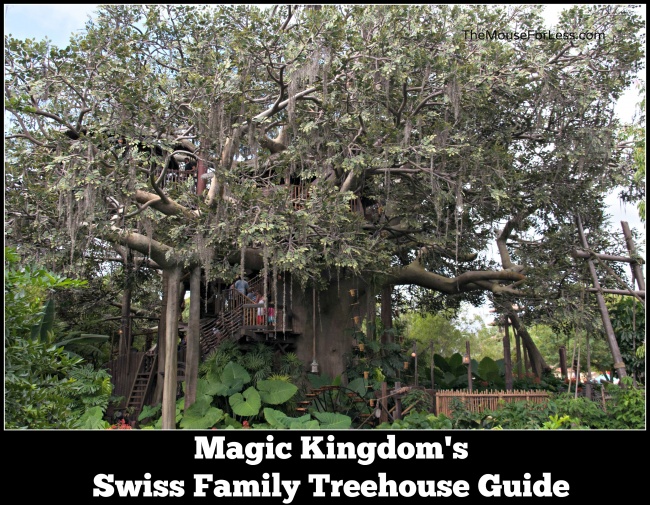 At Swiss Family Treehouse, guests can climb and explore this exotic treehouse, a longtime Adventureland staple.

Accessibility: Must Be Ambulatory. Attraction is a unique “climb-through” experience that includes stairs and raised platforms.

Guest Policies: Children under age 7 years must be accompanied by a person age 14 years or older.

Dining/Refreshment: Several counter service restaurants are located nearby in Adventureland. The popular Aloha Isle and Sunshine Tree Terrace establishments specialize in ice cream, the former serving the cult-favorite Dole Whip and the latter the Citrus Swirl. Additionally, Mexican cuisine, including burritos and rice bowls, are served seasonally at Tortuga Tavern. The closest table-service restaurants are the Jungle Skipper Canteen, which features a blend of Asian, Latin and African flavors, and the Crystal Palace buffet which is on Main Street USA near the Adventureland bridge.

Restroom: A pair of restrooms are located in Adventureland, one near Tortuga Tavern and another near Pirates of the Caribbean. 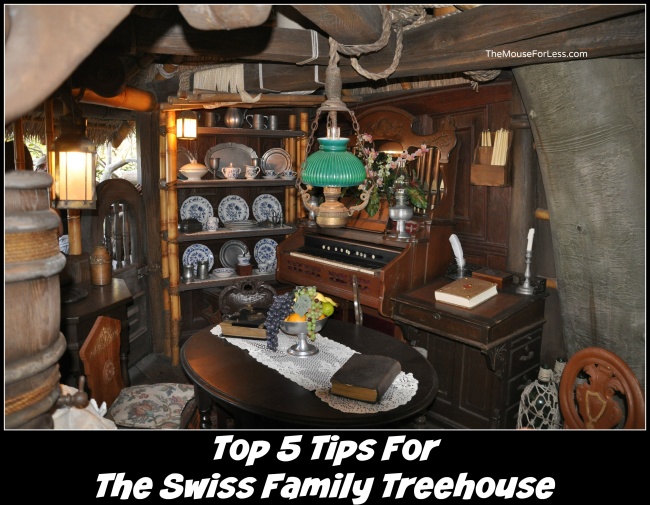