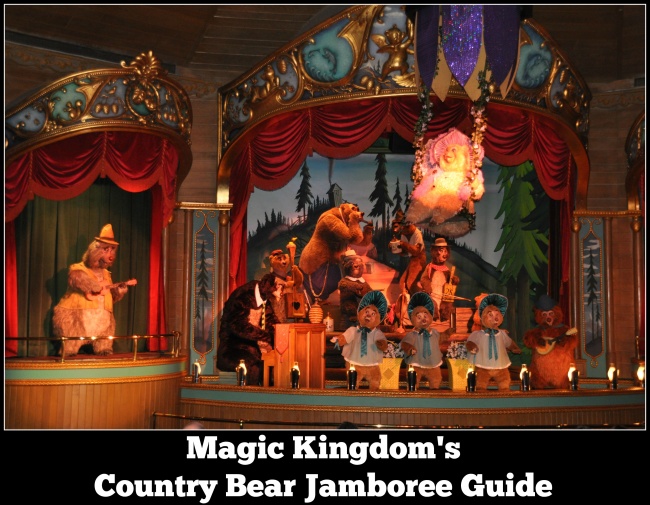 The singing animatronic bears of this opening day attraction continue to delight guests nearly a half-century later.  Country music pervades the building during the continuously-running shows. Country Bear Jamboree is a great place to relax and enjoy a show.

Typical Queue Time: Short; typically less than 10 minutes, when the next show starts

Type of Vehicle: None. Guests sit on benches, and guests can remain in their wheelchairs and ECVs

This attraction is located in the Magic Kingdom’s Frontierland.

Restroom: Nearby restrooms are located at the Frontierland borders with Adventureland and Liberty Square, respectively

A Hidden Mickey can be found atop a bear portrait above the stage. 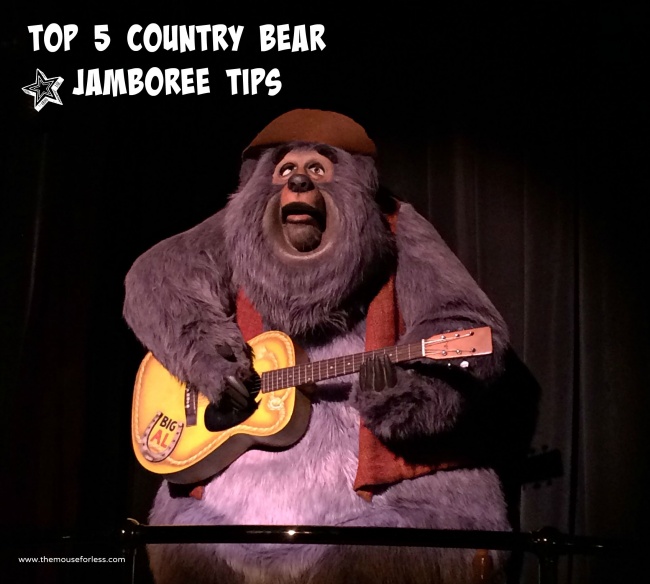