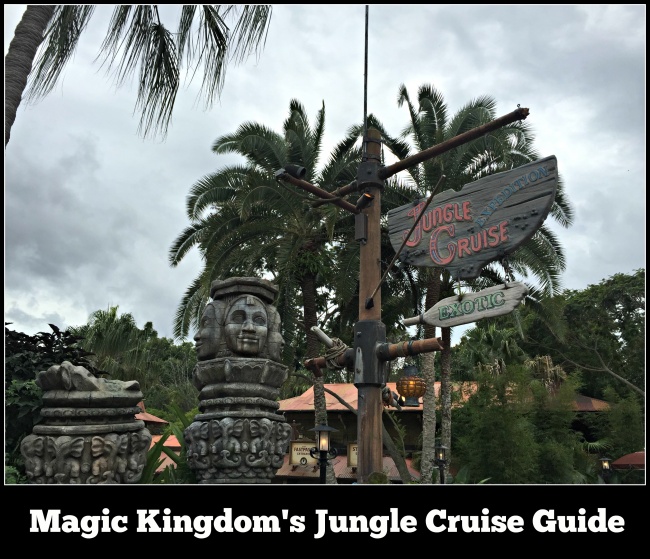 Embark on an exciting voyage, on a Jungle Cruise where numerous animatronic animals and corny jokes from the boat’s skipper are enjoyed.

Typical Queue Time: Moderate to long; usually peaks at about fifty minutes, but can reach about 90 minutes on the busiest days

Height Requirements: None. Guests may remain in their wheelchairs and ECVs.

Dining/Refreshment: Three counter service restaurants are located near Jungle Cruise in Adventureland. The popular Aloha Isle and Sunshine Tree Terrace locations specialize in ice cream, the former serving the cult-favorite Dole Whip and the latter the Citrus Swirl. Additionally, guests craving Mexican cuisine, including burritos and rice bowls, can find it seasonally at Tortuga Tavern. A new restaurant based on the Jungle Cruise, “Jungle Navigation Co., Ltd. Skipper Canteen,” is scheduled to debut in Adventureland in late 2015. The restaurant will be staffed by Jungle Cruise skippers and incorporate several themed rooms.

Restroom: Facilities in Adventureland are situated near Tortuga Tavern and Pirates of the Caribbean, respectively. 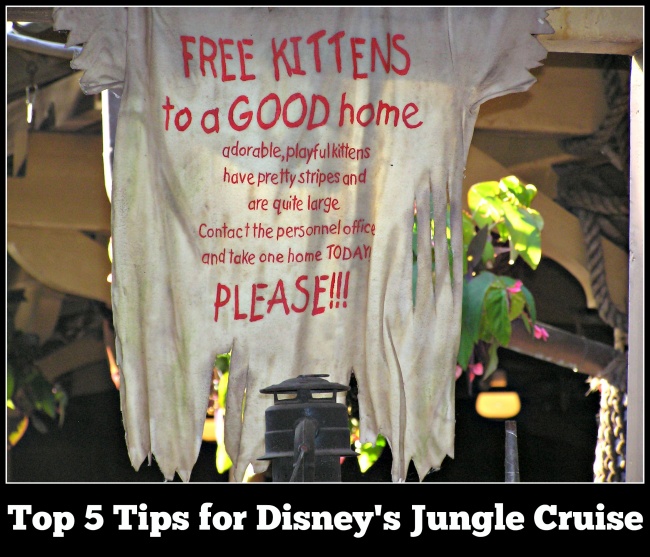