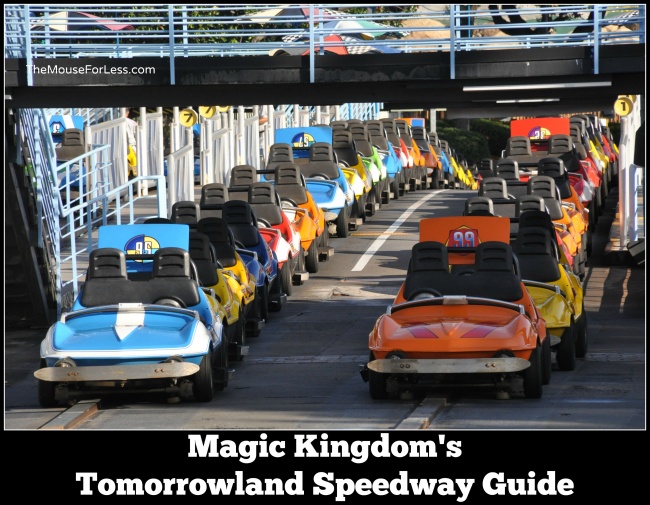 At Tomorrowland Speedway, kids and kids at heart can play out their car racing fantasies on the Magic Kingdom’s legendary racetrack.

Age Recommendation: All ages, though better for children

Typical Queue Time: Moderate to long; typically peaks at about an hour on the busiest days

Height Requirements: 32 inches to ride as a passenger. A person at least 54 inches tall must be in the car for riders between 32 inches and 53 inches to drive.

Shopping: The “Racing Specialties” cart outside Tomorrowland Speedway offers a variety of souvenirs

Restroom: A restroom is located nearby between Cosmic Ray’s Starlight Cafe and Auntie Gravity’s Galactic Goodies 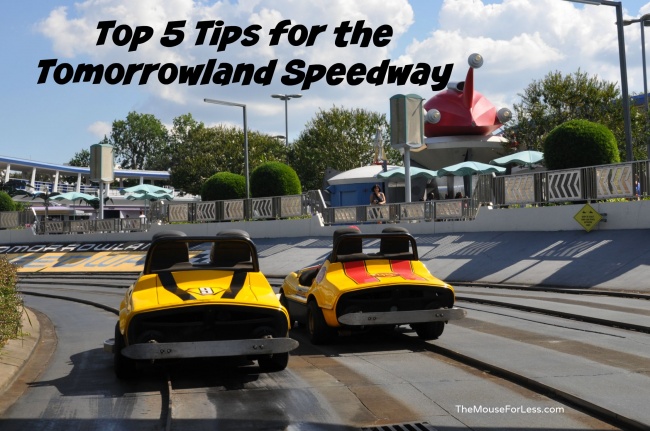