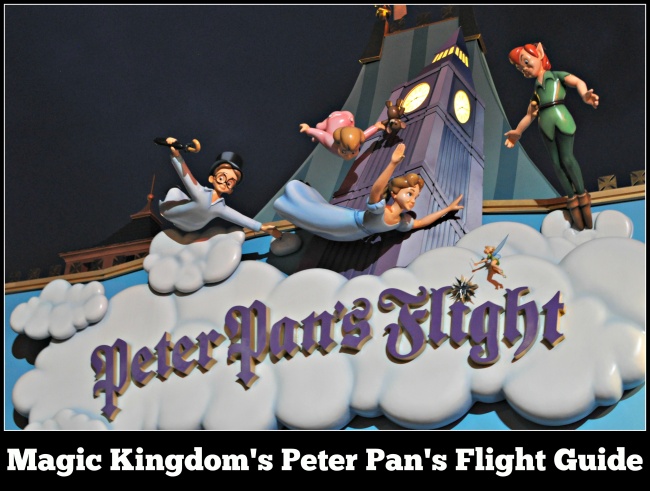 Typical Queue Time: Long; often upwards of one hour, even on slower days

Height Requirements: None. Guests must be ambulatory

Dining/Refreshment: Several restaurants of varying styles and offerings are situated near Peter Pan’s Flight. Guests seeking a counter service lunch or dinner can dine at Columbia Harbour House in adjacent Liberty Square or at Pinocchio Village Haus in Fantasyland. The former establishment specializes in seafood, while the latter restaurant serves Italian dishes. The extremely popular Be Our Guest Restaurant is also a counter service establishment during lunch hours; upscale sandwiches, soups, and salads dominate the menu. If your party would rather have a full service meal in Fantasyland, be sure to make an ADR up to 180 days in advance for all meals at Be Our Guest Restaurant and Cinderella’s Royal Table. Even though Be Our Guest Restaurant is a counter service restaurant at lunch and a hybrid at breakfast, ADRs are recommended.

Restroom: Facilities themed after Tangled (2010) are situated across from Peter Pan’s Flight in Fantasyland.