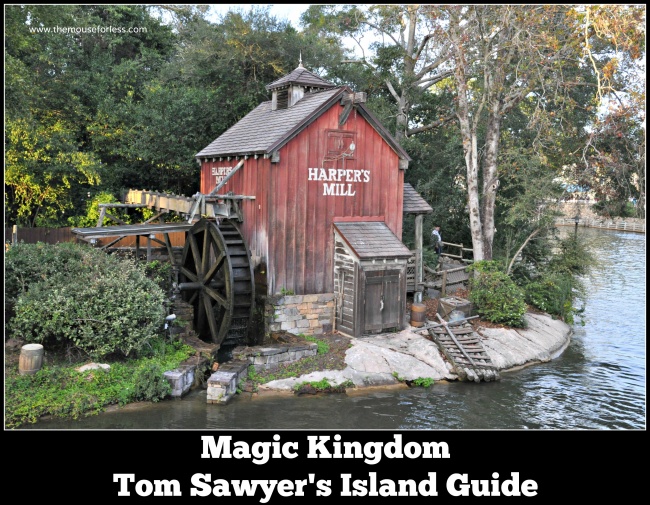 Are you seeking a nice respite within the Magic Kingdom? Well, Tom Sawyer Island, located in the Rivers of America, will likely suit your needs! The Island is only accessible via raft, from Frontierland proper, and includes numerous trails and structures based on Mark Twain’s classic novels The Adventures of Tom Sawyer and The Adventures of Huckleberry Finn.

Duration of Ride: Unlimited, until the Island closes at dusk

Type of Vehicle: Playground, so no actual vehicle, but guests are transported to the Island by raft.

Attraction Open During EMH: No, and closes at dusk. See our Extra Magic Hours page for more information.

Height Requirements: None. Guests must be ambulatory; no wheelchairs or ECVs are allowed on the rafts

This attraction is located in the Magic Kingdom’s Frontierland.

Shopping: There are no shopping opportunities on Tom Sawyer Island

Dining/Refreshment: Aside from beverage vending machines, no regular food service is offered on Tom Sawyer Island. “Aunt Polly’s Dockside Inn” formerly served counter service meals of fried chicken, sandwiches, and ice cream on the island, but it is highly unlikely that it will be operating during your visit. Aunt Polly’s, which had not operated since 2007, reopened temporarily to serve Spring Break crowds in March and April 2015.

Restroom: There are two restrooms on Tom Sawyer Island, one at the raft launch and the other inside Fort Langhorn 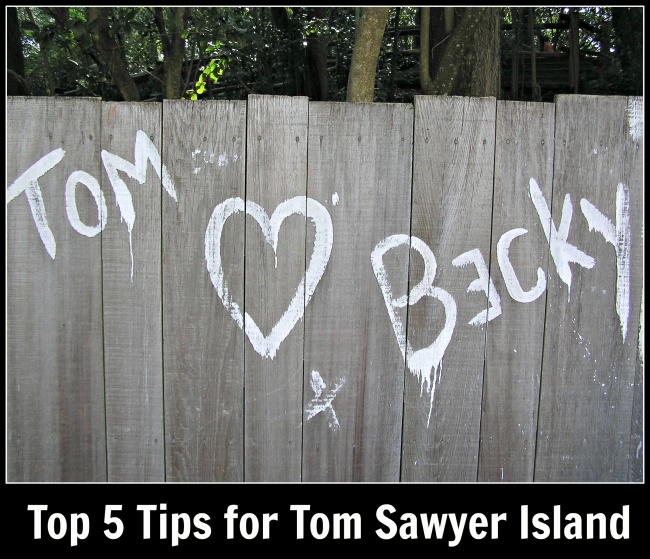