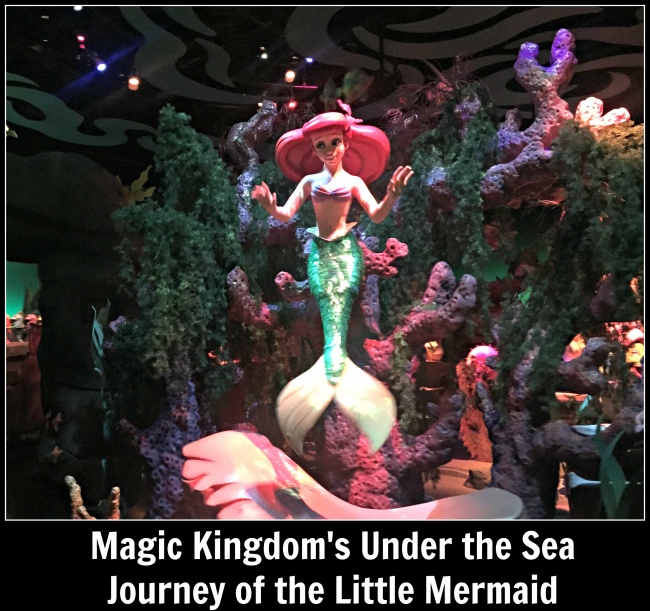 At Under the Sea ~ Journey of the Little Mermaid, guests hop aboard a clam-shell and enjoy a ride through one of Disney’s greatest animated movies.

Typical Queue Time: Moderate to long; peaks at about one hour on the busiest days

Shopping: Purchase an assortment of goods, including kitchenware, t-shirts, and plush dolls at the nearby “Bonjour! Village Gifts” and “Big Top Souvenirs.” The former shop exudes a Beauty and the Beast (1991) vibe while the latter has a Dumbo (1940) feel.

Dining/Refreshment: Assorted fruits and dips are offered at the adjacent Prince Eric’s Village Market. More snacks and treats can be found nearby at Big Top Treats and Gaston’s Tavern. Guests can enjoy a substantial breakfast, lunch, or dinner at Be Our Guest Restaurant. We highly recommend ADRs for all meals at Be Our Guest Restaurant. Ariel often dines with guests during all meals at Fantasyland’s Cinderella’s Royal Table and Epcot’s Akershus Royal Banquet Hall. Be aware that ADRs are strongly recommended for breakfast, lunch, and dinner at both of these restaurants and that Ariel is not guaranteed to appear, though some assortment of Disney princesses are always present.

Restroom: Restrooms convenient to Under the Sea ~ Journey of the Little Mermaid can be found adjacent to Gaston’s Tavern.

Under the Sea ~ Journey of the Little Mermaid Fun Facts

A homage to the famed Mickey Mouse cartoon “Steamboat Willie” is carved into a rock at the attraction’s exit.
Sponsored Ad: Learn more about Hidden Mickey details and location throughout Walt Disney World in A Field Guide to Walt Disney World’s Best Kept Secrets 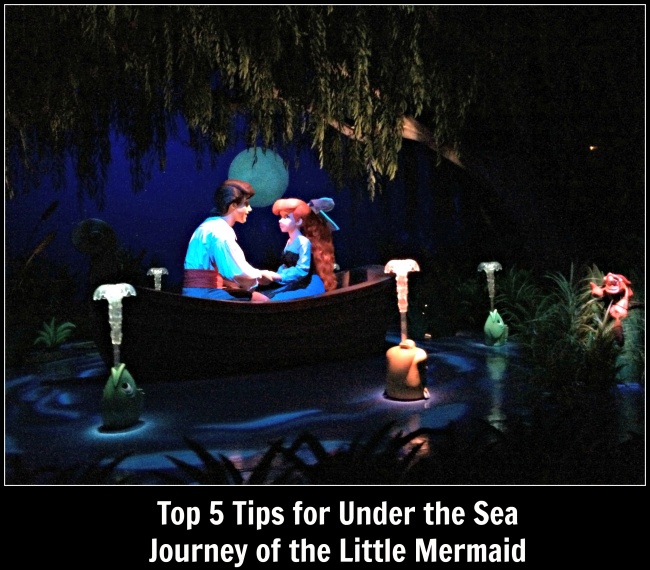