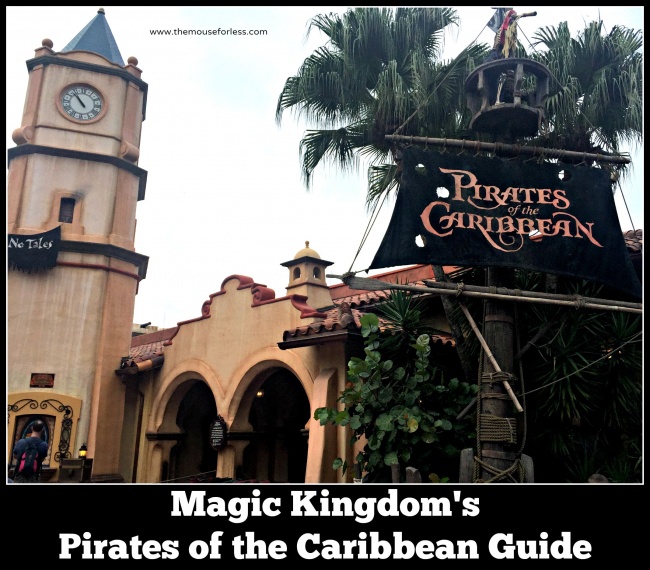 Age Recommendation: 7 and up

Typical Queue Time: Moderate; usually peaks at around one hour

Shopping: Guests exit Pirates of the Caribbean through the “Pirates Bazaar” gift shop, where a variety of related merchandise can be purchased.

Restroom: Nearby restrooms are located circa “Pirates League” and on the walkway from Adventureland to Frontierland, respectively.

Pirates of the Caribbean Fun Facts

Top Tips for Pirates of the Caribbean