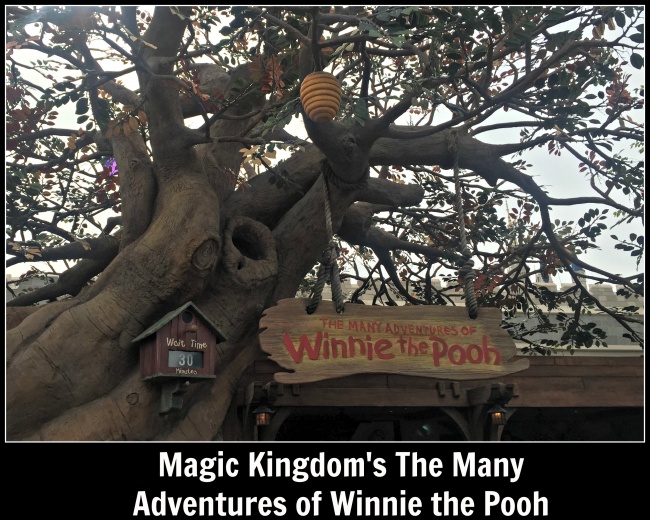 At The Many Adventures of Winnie the Pooh, guests join Winnie the Pooh and his friends from the Hundred Acre Wood as they endure a particularly blustery day.  Be sure to keep an eye out for Heffalumps and W-w-woozles!!

Duration of Ride: About 4 minutes

Shopping: Winnie the Pooh merchandise can be purchased next door at “Hundred Acre Goods.”

Guests can enjoy a counter service lunch or dinner at Cosmic Ray’s Starlight Café in adjacent Tomorrowland. Cosmic Ray’s offers a plethora of options, including burgers, hot dogs, and chicken and rib combos. For parties preferring to eat a full service meal in Fantasyland, be sure to make an ADR up to 180 days in advance for any meal at Be Our Guest Restaurant or Cinderella’s Royal Table. Even though Be Our Guest Restaurant is a counter service restaurant at lunch and uses a hybrid service style at breakfast, ADRs are strongly recommended.

Storybook Treats, located next to The Many Adventures of Winnie the Pooh, is the place for ice cream sundaes and floats in Fantasyland.

Guests wanting to dine with Winnie the Pooh and his friends from the Hundred Acre Wood can do so during any meal at the Crystal Palace buffet on Main Street USA. ADRs are strongly recommended for all meals at Crystal Palace.

Restroom: Facilities can be found behind Cheshire Café.

Top 5 Tips for The Many Adventures of Winnie the Pooh 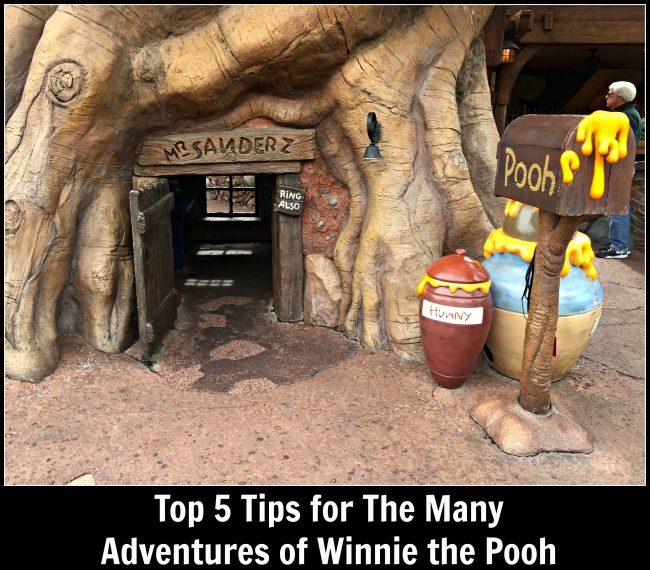