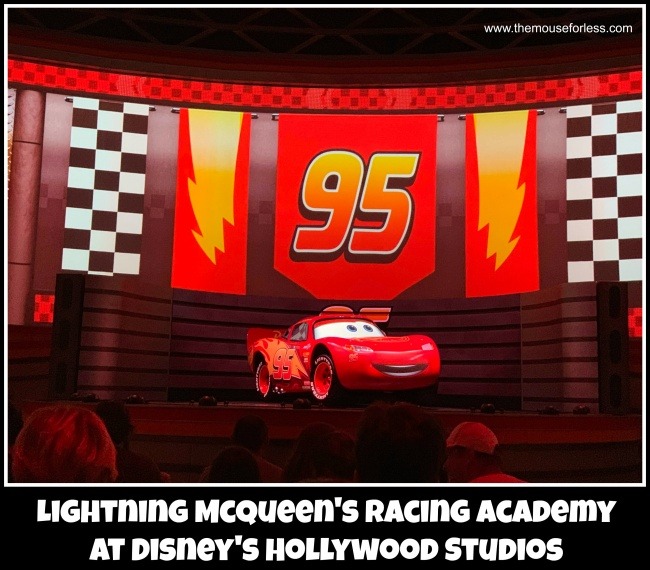 In Lightning McQueen’s Racing Academy join the protagonist from Pixar’s Cars franchise in this show at the Sunset Showcase theater, where Lightning McQueen attempts to teach the audience lessons about both racing and life.

Duration of Ride: About 10 minutes

Typical Queue Time: Short; typically the duration until the next show

Shopping: Cars merchandise can be purchased in the courtyard outside the Sunset Showcase theater. Additionally, a variety of souvenirs, including artwork, can be purchased at “Beverly Sunset Boutique”; many of the offerings here are based on Pixar films. Finally, the gift shop for Rock ‘n’ Roller Coaster Starring Aerosmith, “Rock Around the Shop,” is located adjacent to Lightning McQueen’s Racing Academy.

Restroom: Facilities are situated directly outside the Sunset Showcase theater.