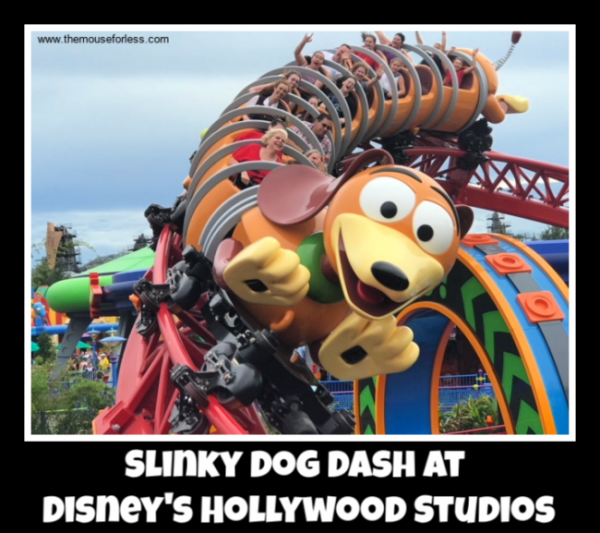 On Slinky Dog Dash, guests, having shrunken down to toy size to enter Toy Story Land, ride cars themed after the Slinky Dog toy along the track of a Mega Coaster Play Kit.  Take off on a family-friendly coaster as Slinky Dog’s coils twist around curves, hills and drops.

Duration of Ride: To be determined

Type of Restraint: Type to be determined

Shopping: A variety of Toy Story-based merchandise can be purchased nearby at “Toy Story Dept.”

Dining/Refreshment: Guests can enjoy breakfast, lunch, and dinner at Woody’s Lunch Box. This counter service establishment offers an assortment of sandwiches and specialty beverages, including a grilled version of the famed Monte Cristo sandwich from Disneyland Park’s Blue Bayou Restaurant.