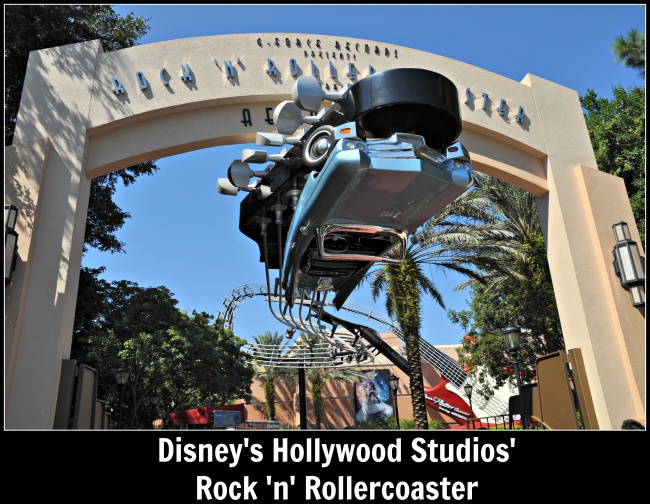 Rock ‘n’ Roller Coaster Starring Aerosmith is located at Disney’s Hollywood Studios.  The journey is more exciting than the destination on this roller coaster attraction, which speeds guests across Los Angeles in a stretch limo to the big Aerosmith concert.

Age Recommendation: 9 and up

Shopping: Guests exit Rock ‘n’ Roller Coaster through the “Rock Around the Shop” gift shop. Here, a plethora of Disney and Aerosmith-based merchandise, including clothing, mugs, artwork, and on-ride photographs, can be purchased.

Restroom: Facilities are conveniently located in the alcove to the left—Hollywood Boulevard side—of Rock ‘n’ Roller Coaster. Restrooms are also situated near the entrance to “The Twilight Zone Tower of Terror.”

Numerous Hidden Mickeys can be seen on an Aerosmith poster outside the attraction. A Hidden Mickey can also be found on the floor near an instrument rack on the right side of the recording studio preshow room.
Sponsored Ad: Learn more about Hidden Mickey details and location throughout Walt Disney World in A Field Guide to Walt Disney World’s Best Kept Secrets