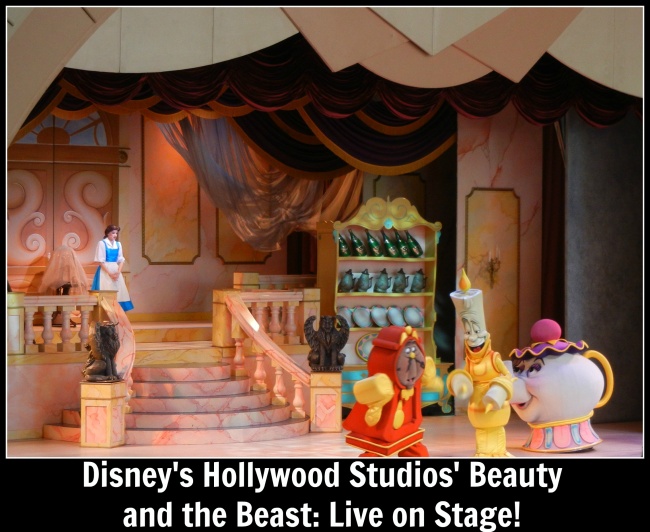 Enjoy this elaborate performance of the classic Disney film Beauty and the Beast (1991) at the Theater of the Stars.

Typical Queue Time: None; shows are held at scheduled times throughout the day

Shopping: Disney villain merchandise and candy are available for purchase nearby at “Beverly Sunset”; and plush dolls and assorted souvenirs are sold at “Legends of Hollywood.”

Dining/Refreshment: Whether you are craving burgers, pizza, or barbecue, you can satisfy your palate across Sunset Boulevard among Rosie’s All-American Café, Catalina Eddie’s, and Fairfax Fare. Beauty and the Beast fans should consider making an ADR for the Magic Kingdom’s Be Our Guest Restaurant

Restroom: Facilities convenient to Beauty and the Beast: Live on Stage! are situated near the entrance to The Twilight Zone Tower of Terror.

Beauty and the Beast: Live on Stage! Fun Facts

Top 5 Tips for Beauty and the Beast: Live on Stage!