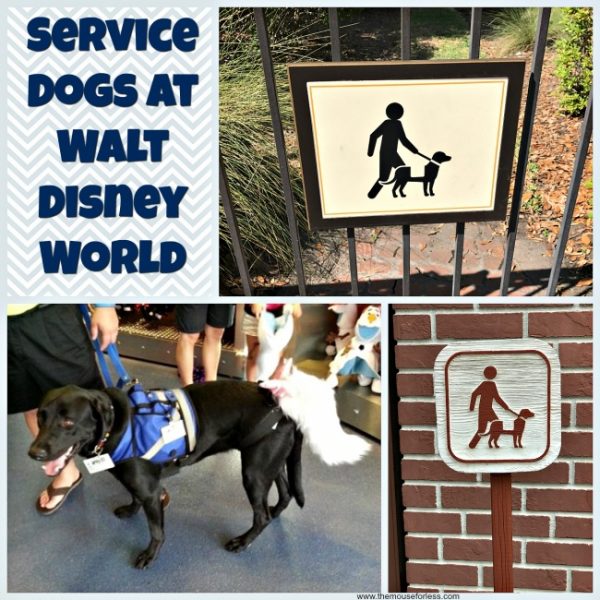 Guests who require a service dog are permitted into the park and on many of the rides. The animal must be trained and be controlled throughout all locations of Walt Disney World. A leash or harness is required at all times. In addition to dogs, the only other service animal permitted in the parks at Walt Disney World is a miniature horse.

Though Walt Disney World is accepting of service dogs, there are a number of rides in which it would be a danger for the animals to ride. These restrictions are for the safety of not only the guests, but the companions as well. These rides are:

Some attractions at the Walt Disney World resort will do their best to accommodate service dogs, though the animal may have difficulty boarding, or may be frightened by the attraction experience. The following attractions are cautioned for experience with a service dog:

Each of the Walt Disney World parks and resorts are equipped with conveniently located relief areas for permitted service animals. A map can be provided at a guest service area, however guests are welcome to use any open outdoor area as long as the area is left cleaned up.