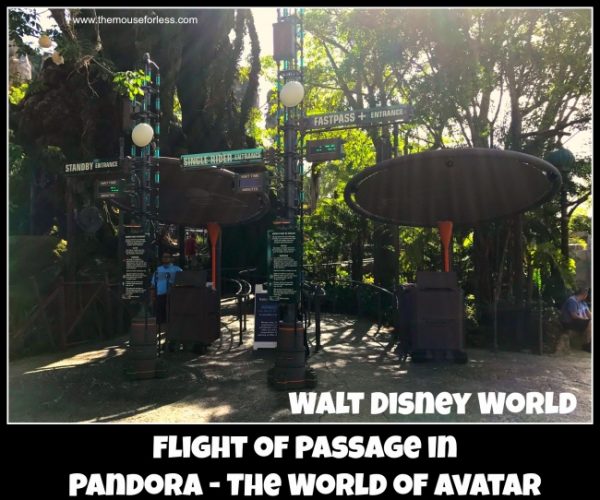 Hop aboard a banshee for an exciting flight over Pandora on the Animal Kingdom’s newest thrill ride, Avatar Flight of Passage.

Typical Queue Time: To be determined, but expect long waits, perhaps well in excess of one hour.

Type of Restraint: Back and leg restraints

Height Requirements: 44 inches; guests must transfer from wheelchair or ECV to the ride vehicles

Dining/Refreshment: At Pandora—The World of Avatar, guests can enjoy a counter service lunch or dinner at Satu’li Canteen. This new restaurant offers a variety of entrée bowls, including a chicken bowl, a grilled beef bowl, a fish bowl, and a tofu bowl. Each bowl comes with a choice of a base–quinoa and vegetable salad; red and sweet potato hash; mixed whole-grain and rice; or romaine and kale salad—and a sauce—charred onion chimichurri; black bean vinaigrette; or creamy herb dressing. Stuffed bao buns with either cheeseburger or vegetable steamed curry fillings are also available.

Restroom: Facilities are available in Pandora-The World of Avatar.