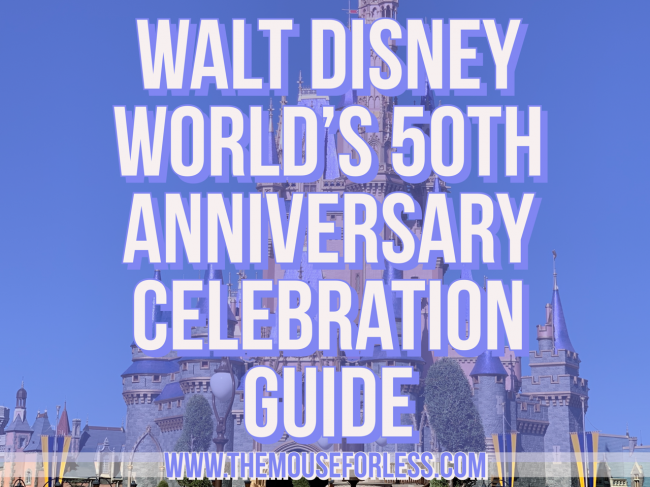 Guardians of the Galaxy: Cosmic Rewind 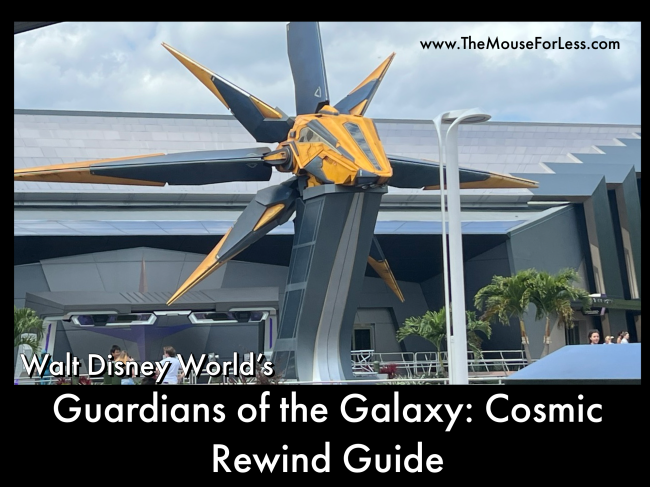 Guardians of the Galaxy: Cosmic Rewind is a roller coaster ride located in EPCOT.  This new Marvel-based roller coaster is one of the longest indoor launch coasters ever built. The building itself is more than 12 stories tall.  This roller coaster features the first reverse launch on a Disney coaster.  The cars will have the ability to rotate to focus on themed scenes as a “storytelling coaster”.  The story begins with chaos breaking out at the Nova Corps outpost on Earth, as the officers, and eventually Spaceship Earth itself, begin to “rewind” and disappear. The SOS from Nova Corps is picked up by the Guardians of the Galaxy, who answer the call by putting their ship into high gear en route to EPCOT. Who else is out there in the galaxy? It’s time to rewind! 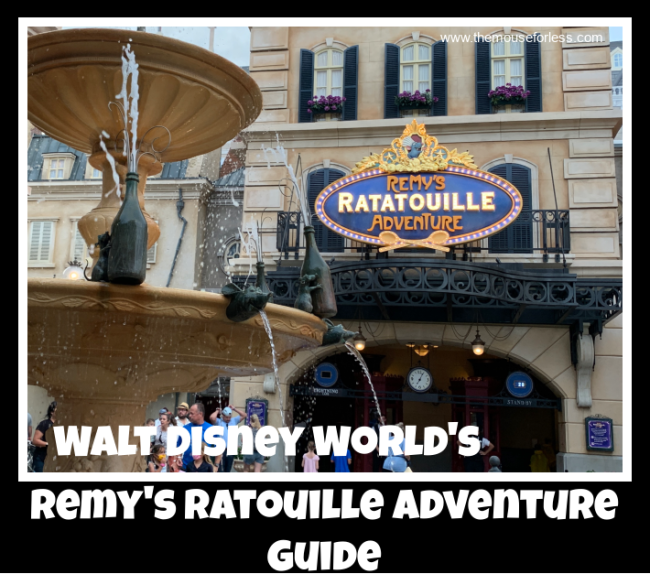 In this delicious new attraction, you’ll feel like you’ve shrunk to the size of Chef Remy as you scurry through Gusteau’s famous restaurant on a wild adventure for the whole family (no height requirement!). Based on Disney and Pixar’s Academy Award-winning “Ratatouille,” the experience is part of a newly expanded France pavilion inside EPCOT. 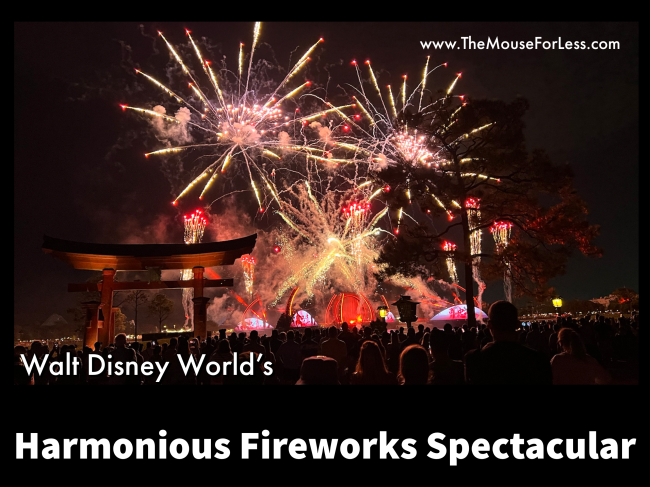 Harmonious is the largest nighttime spectacular ever created for a Disney park. This new show celebrates how the music of Disney inspires people the world over. It features a number of familiar Disney tunes that have been reinterpreted by a diverse group of artists from around the globe.

This fireworks spectacular will take place at the Magic Kingdom. Disney Enchantment takes Guests on a journey filled with adventure, wonder and empowerment with a goal of inspiring everyone to believe in magic. Disney Enchantment features music, enhanced lighting, stunning fireworks and, for the first time, projection effects that will actually extend from Cinderella Castle down Main Street, U.S.A.!

Planning a Walt Disney World Vacation?
For a Free no-obligation quote, contact our sponsor The Magic For Less Travel. Services are provided free of charge, and their expert planning advice will help you make the most of your vacation time and money.
Request Your Free Quote Today!

The icons of each of the 4 parks will transform and shimmer in celebration. Here is the EPCOT version of Beacon of Magic. 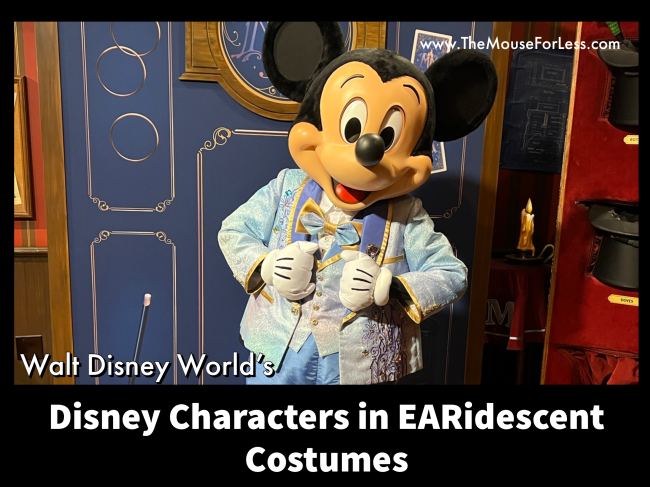 The Walt Disney World 50th Anniversary has its own celebratory color – EARidescence! Watch out for this shimmery look all over the resort, including on Mickey and Minnie, Donald Duck and Daisy Duck, Goofy and Pluto, and Chip ‘n’ Dale.

In addition, that EARidescence is on display several times a day in the new “Mickey’s Celebration Cavalcade” at the Magic Kingdom. 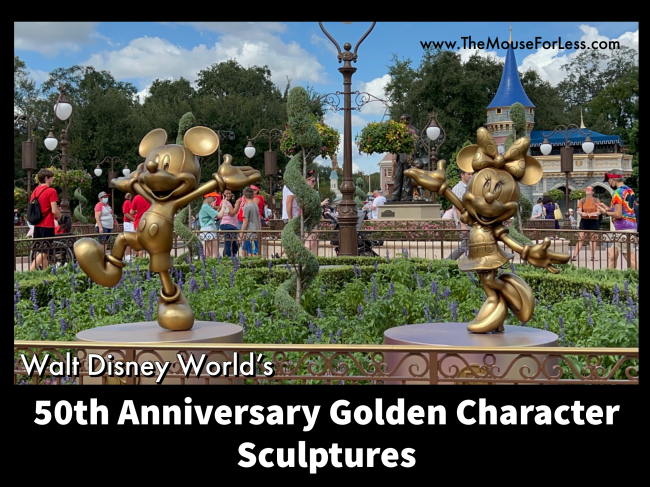 Guests are able to see special golden character sculptures throughout the four theme parks. There are 50 characters total in this series.Take a look at our video of every single sculpture and where they are located.

As part of the Walt Disney World’s 50th Anniversary, Disney’s Contemporary Resort rooms will be seeing an update themed around The Incredibles. More details can be found here about all the SUPER updates!

Special merchandise is a HUGE component of the Walt Disney World 50th Anniversary celebration. There are multiple different collections that are available in most of the bigger stores on property. These stores include World of Disney at Disney Springs, the Emporium at the Magic Kingdom and Creations Shop in EPCOT.

Call your travel agent or contact The Magic For Less Travel at (888) 330-6201 to book your Walt Disney World travel during this event.