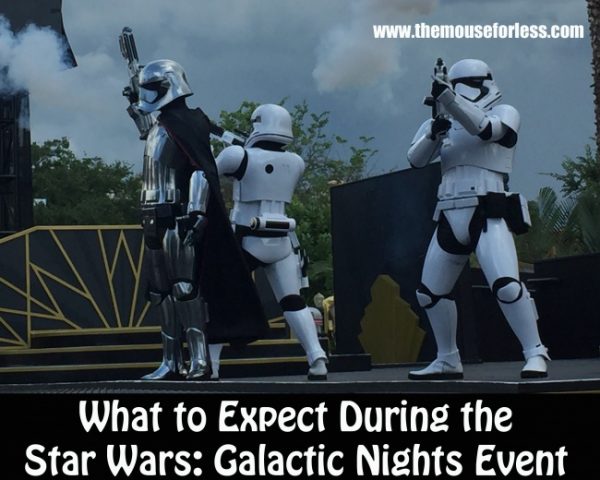 Attention Star Wars fans! Disney’s Hollywood Studios is going to be holding the ultimate event this May to celebrate all things Star Wars. Star Wars: Galactic Nights will take place on May 27 from 7:00 p.m. until midnight. This family-friendly event invites Guests to dress up as their favorite Star Wars character and take part in activities and experiences exclusive to this particular hard ticket event night. Guests who attend the event will be able to experience Star Wars like never before during this glitzy, Hollywood-inspired evening.

The event will be themed after a movie-premiere-style party where Guests of all ages can come together and celebrate the Greatest Saga Ever Told. The best part is that Star Wars: Galactic Nights will be taking place in celebration of Solo: A Star Wars Story! Guests of all ages are encouraged to put on your finest Star Wars-themed costumes and attire, and experience the fun. The event will include shows, characters, photo opportunities, and many of your favorite Disney’s Hollywood Studios attractions! In addition, Star Wars: Galactic Nights event will also include AWR Trooper sightings, roaming droids, Star Wars-themed food and beverage options, special merchandise and much more.

Guests will start their evening at the Rebel Base Event Hub, found at the center of the park. At the Rebel Base, Guests will find a DJ dance party, as well as being the home for ongoing event information, hosted shows, interactive moments and more!

Check out Star Wars: Galactic Destinations—offered during Star Wars: Galactic Nights—and watch as the Hollywood Tower Hotel is transformed with state-of-the-art projections, special effects and lighting to depict spectacular destinations from across the Star Wars galaxy. The Star Wars cinematic score adds to this awe-inspiring experience. Behold some of your favorite Star Wars movie moments all evening long!

Guests will be able to experience this popular stage show that features clips of the best moments from the film saga as well as on stage character moments, including Chewbacca, Darth Vader, Kylo Ren and more.

Unique to the evening will be a special interactive pre-show on the main stage, just prior to the popular Star Wars: A Galactic Spectacular fireworks show to end the night.

Jedi Training: Trails of the Temple 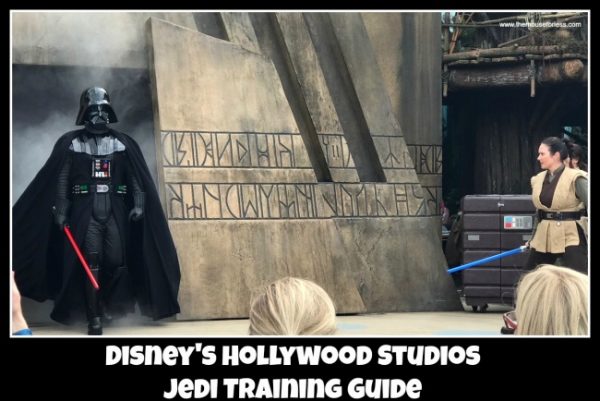 Young Padawans learn the ways of the Force at a sacred Jedi temple during Jedi Training. Guests must be between the ages of 4 – 12. Space is limited and sign ups located near Indiana Jones Outpost.

Young padawans will have chance to receive an enhanced Jedi-training experience. This special limited-time package includes:

March of the First Order

Captain Phasma leads a unit of First Order Stormtroopers down Hollywood Boulevard in a unique march.

At the Rebel Base, dance the night away.

During Star Wars: Galactic Nights, you’ll be able to take unique photos that revolve around the Star Wars world. Step into iconic Star Wars scenes throughout Disney’s Hollywood Studios where you will discover 3-dimensional photo opportunities throughout the park. You will be able to act out your very own mini-scene or capture a heartfelt message and post your moment on social media during the event.

Guests will also be able to pose in front of Star Wars-themed backdrops depicting popular scenes from the entire Star Wars Saga. Each backdrop will play an important role in the event’s interactive Seize the Saga.

In addition, Guests will also be able to come face to face with favorite Star Wars characters. Character Experiences will include:

Take advantage of special event pricing on Memory Maker One Day, available for this event for just $39! With Memory Maker One Day, you’ll receive unlimited digital downloads of your Disney PhotoPass Photos from Star Wars: Galactic Nights—capturing your encounters with Characters, icons, attractions and more.

During the Seize the Saga Scavenger Hunt, you’ll need to find 8 takeaway clues located at each of the photo backdrops locations. After gathering all of the clues, Guests will then be encouraged to act out your very own mini scene or capture a heartfelt message about their love for Star Wars and will be able to post your moment on social media. Guests should tag photos or 10-second videos with #GalacticNights, #PhotoPass, and @StarWars. 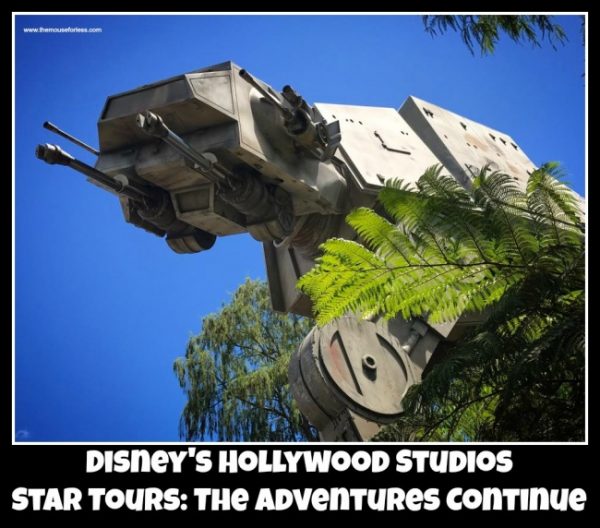 During the evening, Guests will be able to enjoy the following attractions:

Enjoy a seminar discussing Skywalker Vineyards. Guests will learn about the wine making process and have the ability to purchase tasting samples. Attendees of this free-admission experience will also have the opportunity to purchase full bottles to savor at home.

During Star Wars: Galactic Nights, savor Star Wars-themed food and drinks as you taste your way around the galaxy. Tasting-sized sips and bites inspired by the stories and characters of Star Wars will be available at various locations throughout the park. With the Galactic Tasting Sampler, you can choose 5 of these items, which may include:

The Galactic Tasting Sampler is $30 per person, including tax.

This package does not include items served at The Hollywood Brown Derby Lounge and BaseLine Tap House.

Guests will also be able to join a panel of team members from Walt Disney Imagineering and Lucasfilm as they take you inside the making of Star Wars: Galaxy’s Edge. You’ll get a glimpse at the progress being made, and learn what it’s like to bring the epic saga to life.

During Star Wars: Galactic Nights, Guests will be able to dine on tons of gourmet galactic goodies made just for the occasion. Items will include:

During the event, The Hollywood Brown Derby Lounge and BaseLine Tap House will offer table service dining with no reservations required. Here you can experience the flavors of the galaxy with many of the dishes listed above in heartier versions along with items exclusive to these locations.

While Disney certainly encourages creativity when wearing costumes to their events, they also value safety.

For Guests ages 13 and under:

For Guests ages 14 and older: