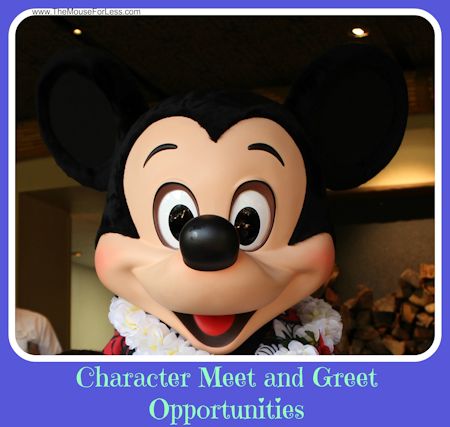 Meeting characters at Walt Disney World is one of the highlights of many vacations. There is something so fun about seeing someone that you know and love, getting the chance to give them a hug, get a photo, and possibly grabbing an autograph.

Characters are like rock stars. For some, their popularity can cause a bit of chaos, so at Walt Disney World, guests meet characters in relatively organized lines. Often there will be a Cast Member around to tell you where to go and how long you can expect to wait.

Here is a listing of the current characters meeting at Walt Disney World.  Do keep in mind that characters’ schedules are subject to change and not all listed may appear at the same time.

For exact Disney Character Meet and Greet Opportunities details (like times), be sure to pick up a Times Guide or check the My Disney Experience app or website.  In addition, if you are looking for a specific character, make sure to ask at Guest Relations, as you never know who could potentially be out greeting guests.