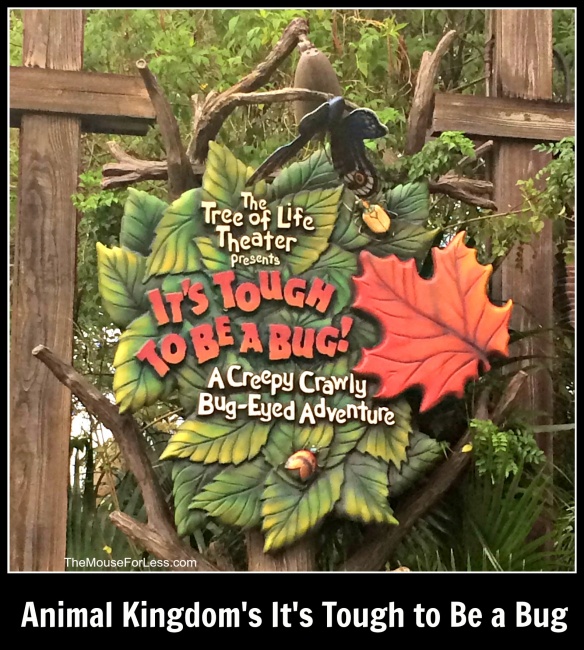 Guests concurrently endure and enjoy a multi-sensory experience based on Pixar’s 1998 film A Bug’s Life.  A 4D extravaganza, It’s Tough to Be a Bug, is brilliantly situated inside the Animal Kingdom’s icon, the Tree of Life.

Duration of Ride: About 9 minutes

Typical Queue Time: Usually none; duration until the next show

Flash Photography or Video Allowed: None

Shopping: A plethora of souvenirs, including plush dolls and Disney-themed apparel, can be purchased nearby at “Island Mercantile.” In addition, clothing, watches, jewelry, baskets, masks, and pottery are sold at “Disney Outfitters.”

Restroom: Restrooms convenient to this attraction are situated at Pizzafari and Flame Tree BBQ.

Top 5 Tips for It’s Tough to Be a Bug 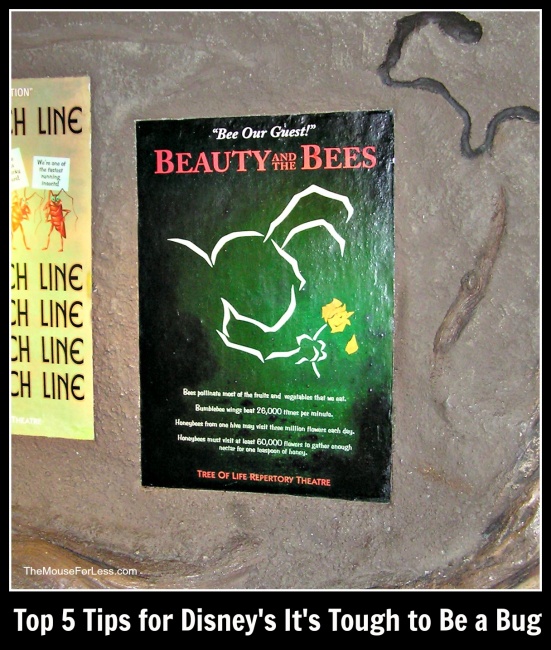