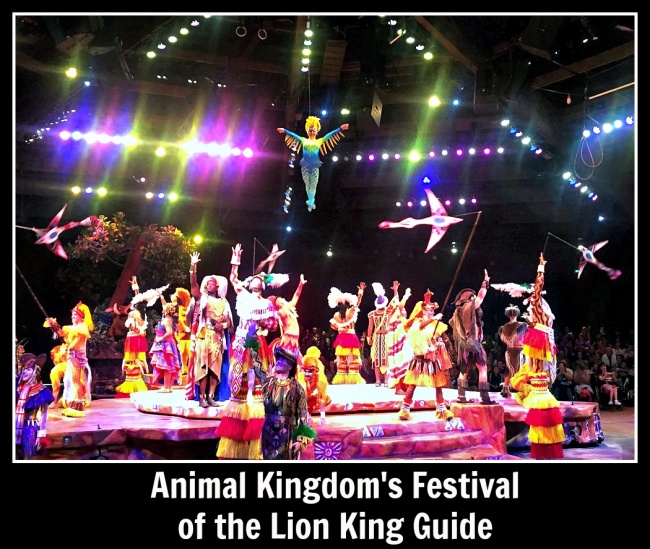 Festival of the Lion King is located in Africa at the Animal Kingdom.  Become immersed in this interactive, acrobatic show based on Disney’s classic animated feature The Lion King (1994).

Duration of Ride: About 30 minutes

Type of Vehicle: None; guests sit in bleachers

Shopping: African wines, art, clothing, crafts, and other assorted goods can be purchased nearby at “Mombasa Marketplace.”

Dining/Refreshment: Guests can enjoy a buffet-style breakfast, lunch, or dinner nearby at Tusker House. Here, assorted Disney characters, led by Donald Duck, interact with guests at all meals, which feature a variety of American and African dishes. Guests preferring a counter service meal can enjoy African-style chicken, sausage, ribs, and the like at Harambe Market.

There is now also a Festival of the Lion King Dining Package available with a meal at Tiffins.

Restroom: Restrooms are situated to the left of the theater entrance. 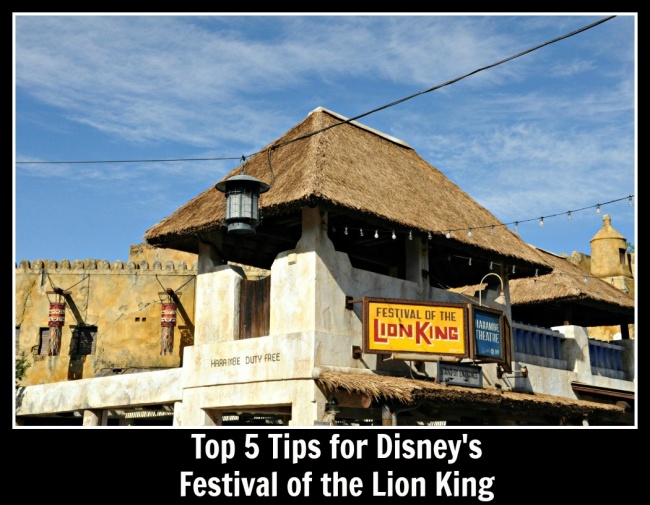 Top 5 Tips for Festival of the Lion King