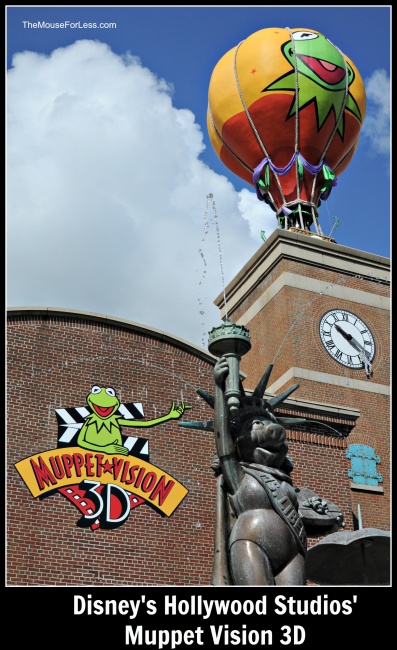 Duration of Ride: About 14 minutes

Typical Queue Time: Short; usually less than 20 minutes, or the duration until the next show

Shopping: Guests can purchase Muppets merchandise and animation artwork next door at the “Stage 1 Company Store,” which is themed after the not-so-aptly named Happiness Hotel from The Great Muppet Caper (1981).

A Hidden Mickey is located on the life preserver under the Gonzo statue in the fountain outside the theater. During the preshow video, Rizzo the Rat impersonates Mickey Mouse, much to the anger of Sam the Eagle.
Sponsored Ad: Learn more about Hidden Mickey details and location throughout Walt Disney World in A Field Guide to Walt Disney World’s Best Kept Secrets 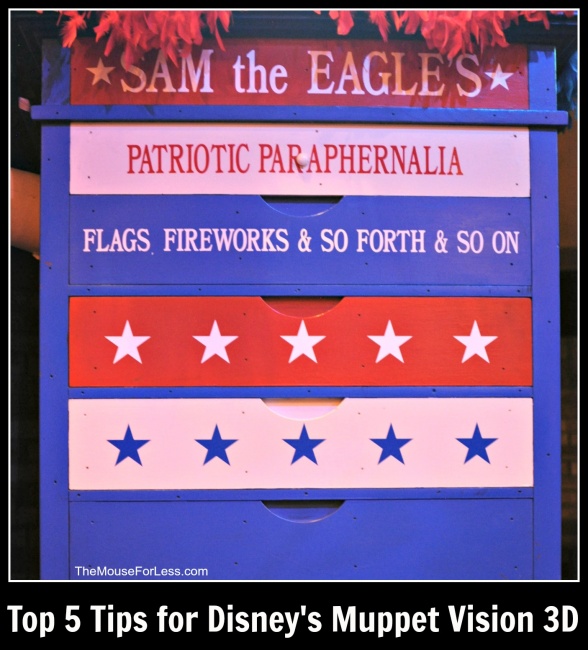