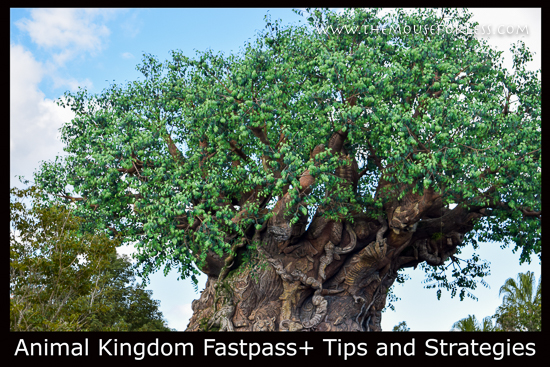 FastPass+ (FP+) is a great system that lets you reserve up to 3 attractions or entertainment experiences in advance for each day of your Walt Disney World vacation. You can find out more details about the FastPass+ system, including when and how you can make your reservations,  in our FastPass+ Guide.

Currently, FastPass+ is available for the following Animal Kingdom rides, shows, and experiences:

If you are not interested in seeing either attraction found in Pandora – The World of Avatar, you can choose from any of the attraction choices, with no limits.

With the changes and new attraction opening at Disney’s Animal Kingdom, FastPass+ strategy for the park will be in flux and will require Guests to make hard decisions on what is most important to then. The biggest challenge for Guests will be that if you want to see the attractions found in Pandora – The World of Avatar, you can only choose from one of them.

This means that you will have to really think about which other two attractions you would like to experience that are not found in Pandora – The World of Avatar. The attractions for Animal Kingdom FastPass+ that will save you the most time are generally DINOSAUR, Expedition Everest, Kali River Rapids, and Kilimanjaro Safaris. If you plan on arriving right when the park opens, you can usually head straight to one or two of these and use FastPass+ on the others. (Though if you do want to visit Pandora – The World of Avatar, our suggestion would be to get to the park to ride one of the attractions and make your FastPass+ reservation for the other.)

Pandora – The World of Avatar

FastPass+ reservations can now be made for the Avatar Flight of Passage and Na’vi River Journey attractions. FastPass+ will be available for both attractions, but Guests will only be able to select one of these two attractions in their first set of FastPass+ selections for the day.

When visiting the Animal Kingdom with small children, your Pandora – The World of Avatar attraction should be Na’vi River Journey, as it is accessible for all ages. As far as your remaining FastPass+ choices go, Kilimanjaro Safaris should still be a priority choice for an Animal Kingdom FastPass+ selection, but after that your best bet is probably the Adventurer’s Outpost, Festival of the Lion King or Finding Nemo – The Musical. If you will be staying into the evening, you might want to get a FastPass for Rivers of Light, to ensure a space to see it. However, since this show is presented in later in the evening, so choosing it would limit your ability to add additional FastPass+ after your initial three.

For thrill seekers visiting the Animal Kingdom who would like to visit Pandora – The World of Avatar, you will want to choose Avatar Flight of Passage. Expedition Everest is definitely a solid next choice (bonus tip: schedule this FastPass+ first and then head straight there when the park opens and you can ride twice back to back). Dinosaur is a natural choice, and then Kali River Rapids.

Disney’s Animal Kingdom features several fantastic shows, and you may choose to schedule one with a FastPass+ reservation. If you do so, there are a few things you need to know as you are planning the rest of the day.

Since February 2017, nighttime visitors to the Animal Kingdom have been able to “embrace the magic of nature during a nighttime scene awash with captivating special effects, music and animal folklore” with the newest nighttime spectacular at Walt Disney World – Rivers of Light. This show is currently presented twice a night in a newly constructed theater that can hold around 5,000 guests.

With all of that in mind, the decision of whether or not to reserve a FastPass+ for Rivers of Light is a little different than the other nighttime shows using FastPass+ (Epcot Forever and Fantasmic!) in that both of those shows can accommodate many more guests and the other shows also take a valuable Tier 1 FastPass+ option.

If you decide to use one of your three FastPass+ for Rivers of Light and still want to try to experience everything else Animal Kingdom has to offer, your best bet would probably be to use your other two FastPass+ reservations on Avatar Flight of Passage and Kilimanjaro Safaris.

Visit our FastPass+ Guide for more details on FastPass+, and great MouseForLess tips on how to use utilize this  tool to its fullest. Visit our MyMagic+ to get information about using MagicBand during your park visit.

Pin It For Later 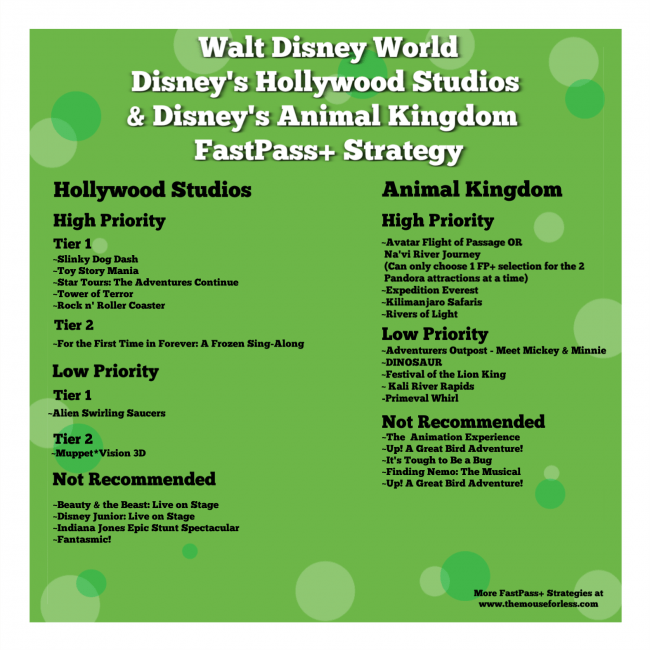