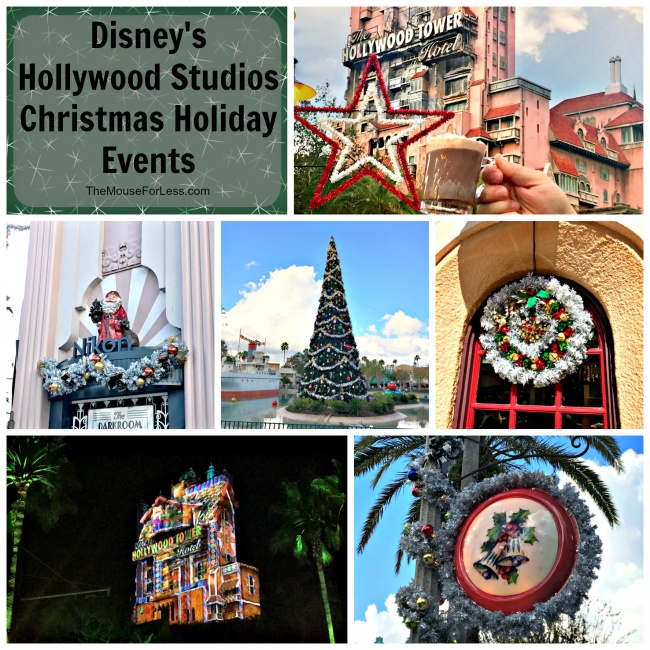 The holidays are a magical time of at Disney’s Hollywood Studios. The park really is the epitome of tinsel town with tinsel decor found throughout during the Flurry of Fun Holiday celebration. In addition, there are fun holiday shows like the Jingle Bell, Jingle BAM! fireworks spectacular, and the Sunset Seasons Greetings projection show, plus lots of other great holiday fun. 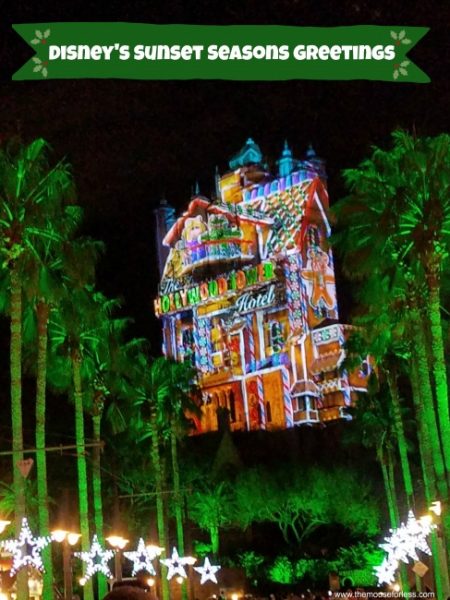 Introduced in 2017 was the nighttime projection show, Sunset Seasons Greetings. During this nightly event, Guests are able to experience falling snow, twinkling lights and watch stories from several iconic Disney characters all on Sunset Boulevard. During the Sunset Seasons Greetings projection show, billboards will suddenly begin to move into motion and tell a tale, courtesy of iconic characters sharing their love for the season. Also, the Hollywood Tower Hotel will magically transforms, bringing to life the characters’ stories. Some of those special stories that will be told will include:

Guests will be able to enjoy the land’s new holiday decor, including including oversized cranberry-and-popcorn garland, a holiday card “selfie”, an oversized Hamm sugar cookie, Green Alien ornaments and more.

The land’s attractions are plussed up for the season, as Guests will hear sleigh bells ringing on Slinky Dog Dash, while Alien Swirling Saucers will offer two special holiday tracks, plus themed lighting.

In addition, Guests visiting during the holidays can expect to see Woody in a holiday vest adorned with a Christmas tree and presents, as well as a candy cane accessory for his holster. Jessie will trade in her cowgirl vest for a red holiday vest trimmed in a peppermint pattern, while Buzz Lightyear will add a sparkly Santa hat. 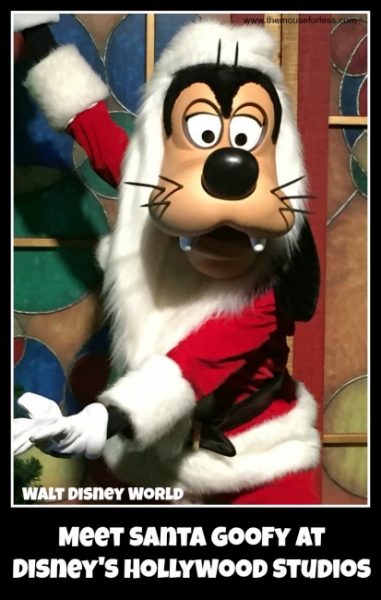 Santa Claus will be able to be found in the Once Upon a Time shop beginning November 11 through December 24.

Once Old Saint Nick returns back to the North Pole, Santa Goofy will step in from December 25 – 31. 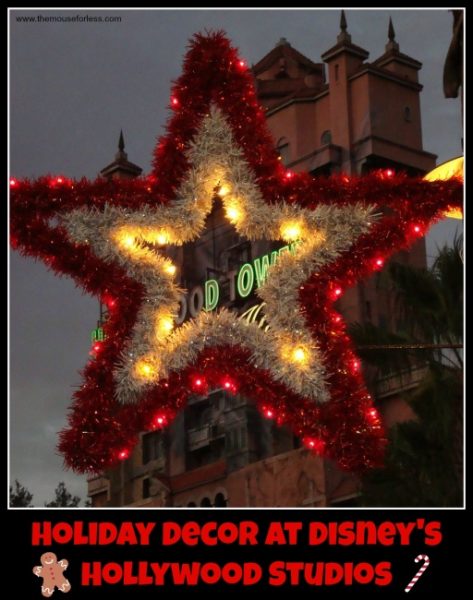 At Disney’s Hollywood Studios during the holiday season, “Tinsel Town” takes on a completely different kind of meaning at this theme park that celebrates the magic of movies and television. A giant Christmas tree towers over the main entrance, holiday displays capture the imagination, and colorful garlands and lights sparkle. In addition, enhanced holiday decor can be found around Echo Lake. Colorful garlands and a giant Christmas tree centered on the water make Echo Lake the merriest of places this holiday season. Even the famous Dinosaur, Gertie, is dressed for the occasion with a dino-Santa hat for the Disney’s Hollywood Studios Christmas season. 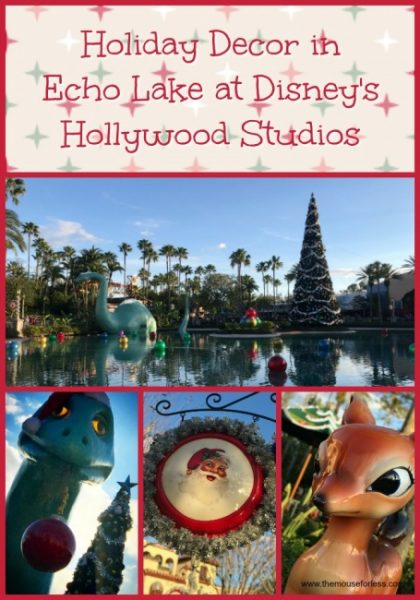 Taking place most dates beginning November 11, 2022 will be Minnie’s Holiday Dine at Hollywood & Vine. The meal will be the place to celebrate the holiday season as Minnie Mouse hosts a festive dinner with her friends Mickey Mouse, Donald Duck, Daisy Duck and special guest Santa Goofy. Holiday themed décor, food, music and activities create the perfect place to deck the halls with friends and family. The cost of the meal is $55 for adults ages 10 and up and $36 for children ages 3-9.

There are many different holiday treats available at Disney’s Hollywood Studios during the Flurry of Fun! More will be released soon.

If you’ll be visiting Disney’s Hollywood Studios during the very busy week between Christmas and New Years, it’s a great time to take in some of the less popular attractions like Indiana Jones, and Muppet*Vision 3D where crowds will be more manageable.

It’s a Wonderful Shop, sells Christmas decorations and is open for the holidays.

Click if you are curious about holiday events at the Magic Kingdom, Epcot, Disney’s Animal Kingdom, Disney Springs, and the Disney Resort Hotels.