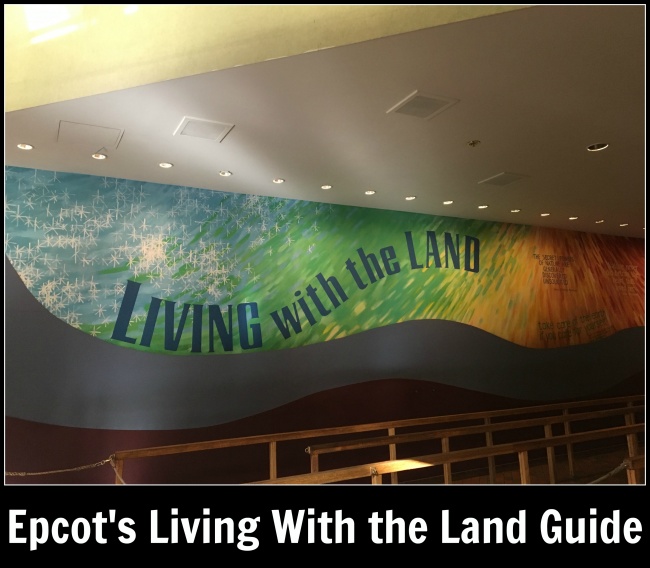 In Living with the Land, guests will embark on an enlightening voyage through The Land pavilion’s greenhouses.

Living with the Land Ride Information

Typical Queue Time: Short to moderate; typically less than 30 minutes except on the busiest days

Guest Policies: Children under 7 years must be accompanied by a person aged 14 or older

Dining/Refreshment: A couple of popular restaurants are located in The Land pavilion. Adjacent to Living with the Land on the lower level of The Land, guests can enjoy a counter service breakfast, lunch, or dinner at Sunshine Seasons. A wide variety of offerings can be had here, including chicken, pork chops, turkey and Cuban sandwiches, salmon, soups, and salads.
Meanwhile, upstairs at Garden Grill, Chip ‘n Dale mingle with guests for breakfast, lunch, and dinner. Dishes, all served family style on platters, at this restaurant include fruit, scrambled eggs, hash browns, bacon, biscuits and gravy, and cinnamon rolls for breakfast; beef, turkey, Italian sausage and peppers, salad from vegetables grown in The Land greenhouse, mashed potatoes, and macaroni and cheese for lunch; and rolls with honey butter, salad, beef, sliced turkey breast, sustainable fish cultivated in The Land’s Aquacell, mashed potatoes, macaroni and cheese, rice pilaf, and short cake for dinner. In an interesting twist, Garden Grill slowly rotates, affording guests various views, including some of Living with the Land.

Restroom: Restrooms are situated near Living with the Land on the lower level of The Land.

Hidden Mickeys can be seen as a pumpkin, a cucumber, and a squash, which are morphed into Mickeys through plastic molds.
Sponsored Ad: Learn more about Hidden Mickey details and location throughout Walt Disney World in A Field Guide to Walt Disney World’s Best Kept Secrets 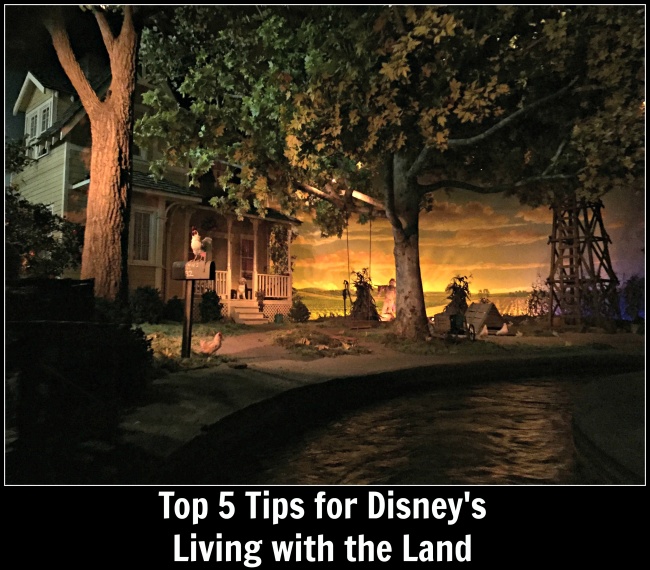 Top 5 Tips for Living with the Land