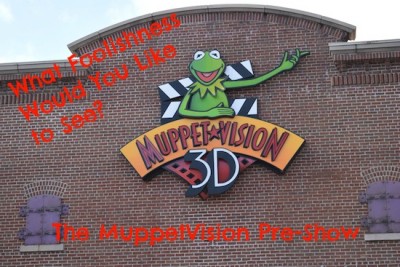 One of the wonderful things that sets the Disney Parks and specifically Walt Disney World apart from many other theme and amusement parks is the level of theming that permeates all areas. A great example of this is the superb attention to detail in the queues throughout the parks. Additionally, Disney Imagineers have developed entertaining pre-shows for many attractions to help break up the wait and add even more thematic integration into the parks. 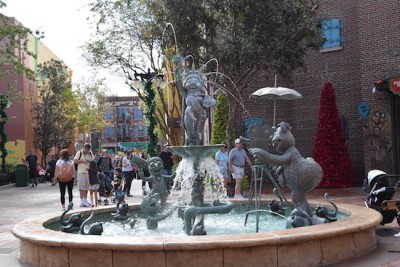 One attraction where these two things are exquisitely combined is MuppetVision 3d. In fact, the embrace of Muppetness occurs before you even get inside the Muppet Theater, with the wonderful fountain and background music. Once you enter the theater, however, there are all kinds of areas and artifacts to explore. While I won’t be able to show all of them here, I really encourage you to explore this entire pre-show area (and don’t forget to look for the key to the office under the mat at the front).

When you reach the pre-show area, you will see a few things: on your right are the doors to the theater with a countdown to the next show, in front of you are several TVmonitors that show the pre-show, and all around you are relics, gags, props, and allusions to all things Muppet.

Some of these refer to specific parts of MuppetVision, like the soldiers from Sam Eagle’s finale. 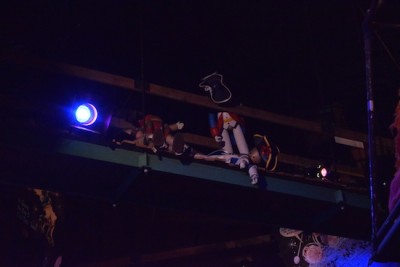 Some are references to the Muppet Show, like the Pigs in Space ship, the Swine Trek. 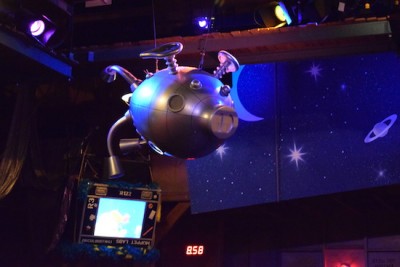 Others reference the Muppet Movie, including this Rainbow. 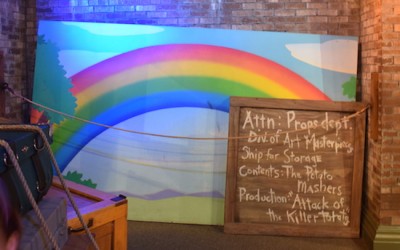 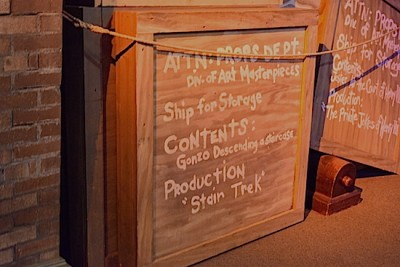 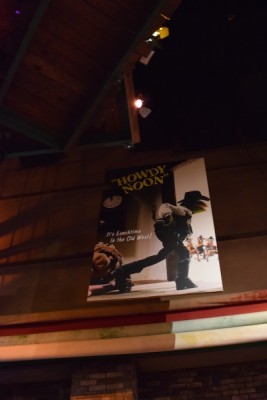 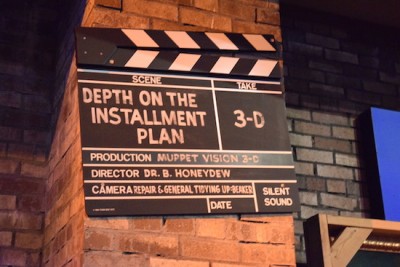 But all around you will find that trademark Muppet humor, including a ton of puns. 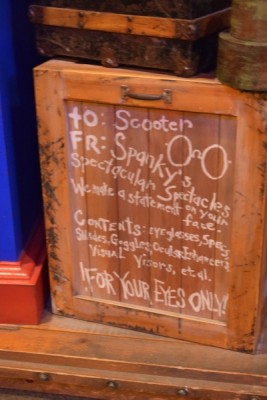 Even with all of these great finds, the main purpose of this area is the pre-show itself. In various books, blogs, podcasts, and random overheard conversations, I’ve routinely seen the Muppet pre-show referenced as the best pre-show in all of Disney World. In my completely biased opinion, I would completely agree.

This show is fun, ties in well to the show itself, and gives you more time with the characters with a Disney twist (including Rizzo as Mickey Mouse). While it has been great since MuppetVision opened, the release of Muppets Most Wanted gave an opening to add to the pre-show without changing the parts we love. Now, partway through the show Constantine interrupts to share his world domination plans and then brings us back to the regular show. I think this works, fits within the existing pre-show, and helps keep the attraction fresh.

Now, if exploring this area, seeing the whole pre-show, and watching MuppetVision hasn’t quenched your insatiable thirst for Muppets (and really, how could it), then head over to the Muppet gift shop for a continuation of the theming from the queue area.

First thing to look out for in this area, and sort of interspersed around, is some Constantine wanted posters. 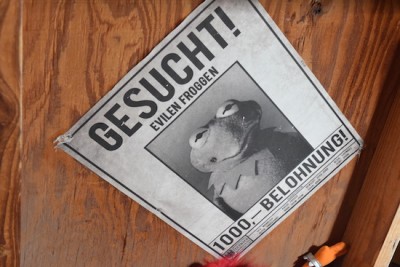 This store itself, though, is much more a direct celebration of the Muppet cinematic history than the queue, but with much of the same sensibility.

As a musician, and a lover of Animal, I am always happy to see the Electric Mayhem. 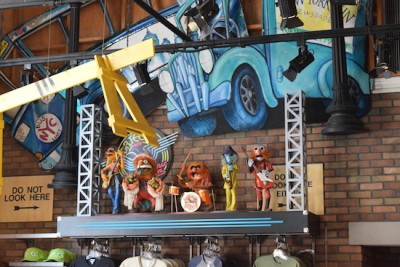 In looking around you can also find a recreation of the backdrop from the Magic Store scene at the end of the Muppet Movie. 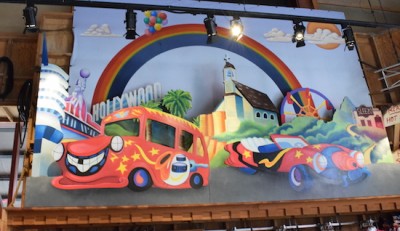 And I am a little embarrassed to say this as a Muppet aficionado, but I never realized before my last trip that the whole counter area of this store is set up as the Happiness Hotel, a realization even more striking in that Happiness Hotel is by far my favorite song by the Muppets. They even have a sign about sneaking out in the middle of the night. 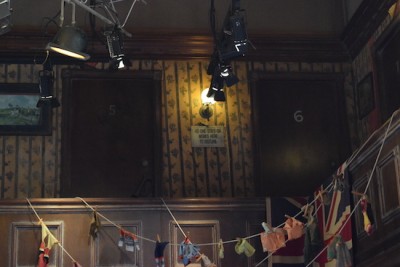 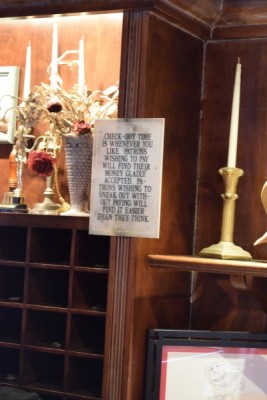 So next time you are heading over to MuppetVision, make sure to not just rush through the queue and even if the show is about to start, that just means you get to see the whole pre-show. And when you are done and enter the theater, make sure move as far to the end of the row as possible. Stopping in the middle is distinctly unpatriotic.

What about you? What is your favorite queue or pre-show in the Disney Parks? Share in the comments!