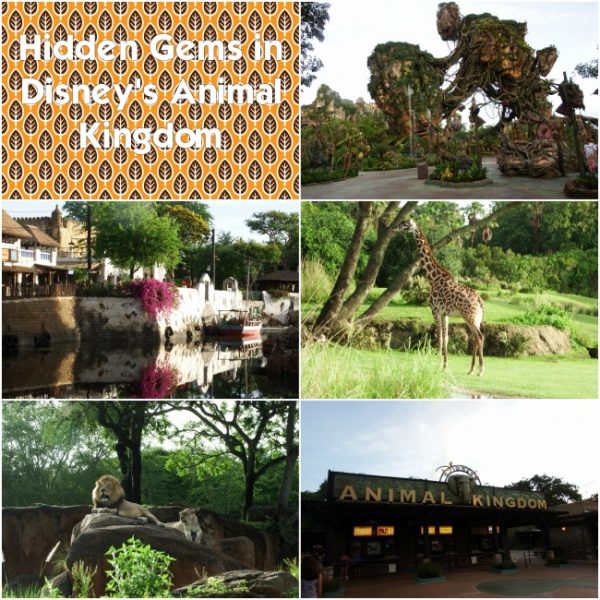 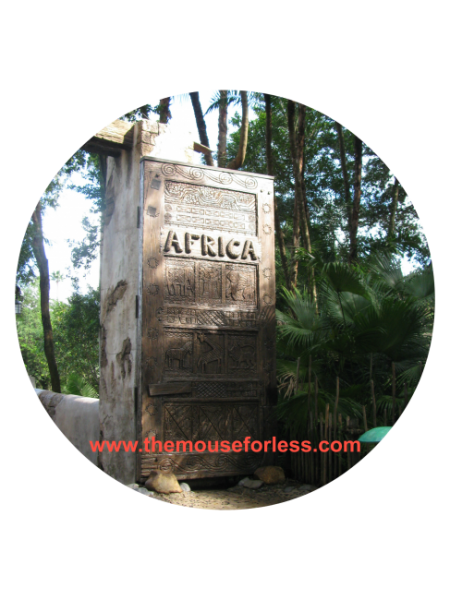 Harambe: Stop for a moment outside the door of the Dawa Bar. You’ll swear that you can hear talking, a radio, dishes clanging and a knocking sound. Rumor has it that the knocking is the landlady trying to collect rent from the students living in the “hotel” above the bar. The students are apparently finding other places for their money.

Behind Tusker House there’s an outside eating area. Have a seat and see if you can hear the sound effects of someone cooking up a meal.

Make some music! You can find large African drums and other instruments on the outskirts of Africa on the path leading towards Asia. This is along the banks of the Discovery River, across from Tamu Tamu Refreshments.

At the Harambe marketplace keep an eye out for Mickey Mouse drawn on a wall. The words “Fichwa! Fellow” are beneath Mickey. Translated, this means “hidden fellow.”

Also near the Harambe marketplace look at the landscaping. The locals have a community garden with vegetables growing. See which plants you can identify.

Be sure to take a trip on Kilimanjaro Safaris. This is the largest Disney attraction to date as the land it covers is roughly the same size as Magic Kingdom. While looking for wildlife don’t miss the hidden Mickey shaped flamingo island.

In Asia, look for the prayer trees draped in scarves. In India, this tradition is done to honor loved ones who have passed on.

While waiting in line for Kali River Rapids, take note of all of the detail that has gone in to this queue area. See if you can spot the geckos in the owner’s office. After (or instead of?) riding make sure to stop on the bridge above the ride where you can drench some unsuspecting rider.

Also pay attention to the queue for Expedition Everest. There is a museum portion that shares information about the mystical Yeti said to be living up in the mountain.

Don’t miss the Maharajah Jungle Trek with tigers, birds, and bats. There is some elegant theming around the tiger exhibit. It looks like the locals have created a temple for the tigers.

The amphitheater for Rivers of Light is open throughout the day. This is a great place to sit and rest. Also take note of the signs around the theater, apparently the locals like to rest here too. 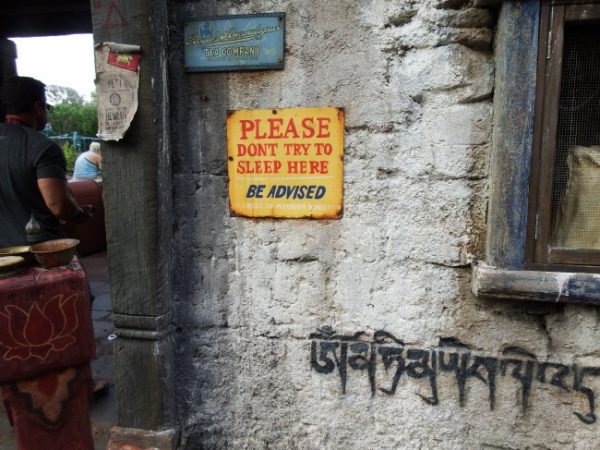 In the DinoLand Boneyard, try to find the Xylobone. They are off to the right, behind the jeep. Try lifting up on one of the crates to hear the animal inside growl. While here, don’t forget to go up and over the bridge to find even more fun!

Look for a Hidden Mickey in the pavement just outside of the main entrance to Chester and Hester’s DinoRama.

Stop into Chester and Hester’s Dinosaur Treasures for the ultimate cheesy tribute to roadside attractions. This gift shop is filled with puns and is worth checking out.

Don’t miss a chance to visit Dino-Sue just outside of Dinosaur! the attraction. This huge T-rex fossil is an exact replica of one of the largest paleontology finds in history.

Spend some time walking around the Tree Of Life on the paths and checking it out from different angles. It is really an amazing work of art, with 320 animals carved into it.

One of the carvings at the base of the Tree of Life is a special tribute to Jane Goodall in the form of a huge gorilla carving. This can be viewed from the queue of It’s Tough to Be a Bug.

Check out all of the beautiful paintings and other details that have gone in to each room at Pizzafari.

Look for the animal exhibits on Discovery Island. Don’t miss out on some of these more hidden experiences!

Next time you are in It’s Tough To Be A Bug, at the end of the show, when you are asked to remain seated, look up at the ceiling to see all of the bugs flying OUT! This might take your mind off of the ones that you feel crawling under you!

Be sure to sign up for Wilderness Explorers and participate in the activities all around the park. A great way to learn more about animals and get a free souvenir! 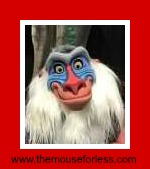 When riding the train to Conservation Station, try riding in the back car and be sure to talk to the conductor. They always have interesting stuff to share.

Be sure to look around at Conservation Station. There are so many interesting things to see over there.  There may be an animal surgery going on while you are there, and sometimes the characters are around.   Make sure to check out the petting zoo.

The Conservation Station is a good place to rest. One restful activity is the Song of the Rainforest hosted by Grandmother Willow. This attraction is to one side and easily missed, but guests sit in a dark room and listen to a story through headphones. 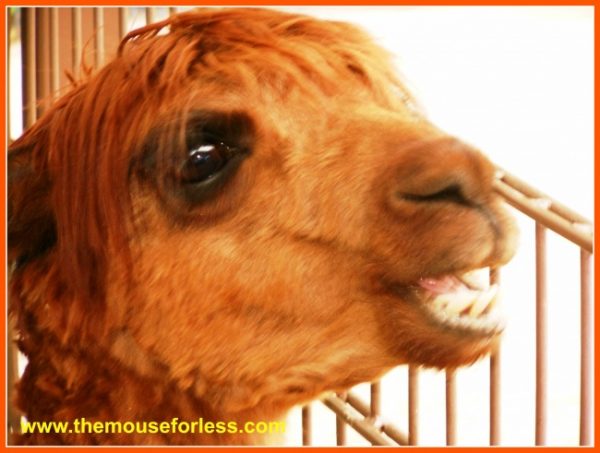 Spend some time talking to the cast members about the animals in the Affection Section for the low-down on their tame friends.

Make sure to catch the awakening as the park opens; beautiful macaws fly over the crowd to officially open the park.  Also when entering look for Cast Members with travelling creatures, stop and chat with them and learn something new! 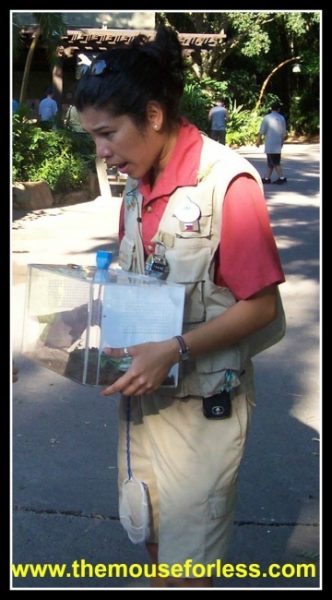 Keep your eyes open for DeVine, a performance artist dressed in foliage. She also blends in and might jump out to surprise you!

In the queue for Flight of Passage look out for a small black creature that is under observation in the lab portion of the queue. This is the Velocivirus, an invasive species on Pandora.

Also keep your eyes out for a huge plant. This plant is interactive and will spray water when it is rubbed or drummed upon.

Look out for little frog-like animals in a water feature under the floating mountains. These creatures may just squirt you with water if you get too close!

At the exit to Flight of Passage on the lowest level there are three handprints on the wall. These are the hands of James Cameron, Jon Landau, and Joe Rohde. The director and producer of the Avatar movie and the lead imagineer for Pandora at Disney.

Look throughout the land for remnants of RDA technology that has been left behind and re-purposed. One cool photo opportunity is with the Amplified Mobility Platform or AMP suit.