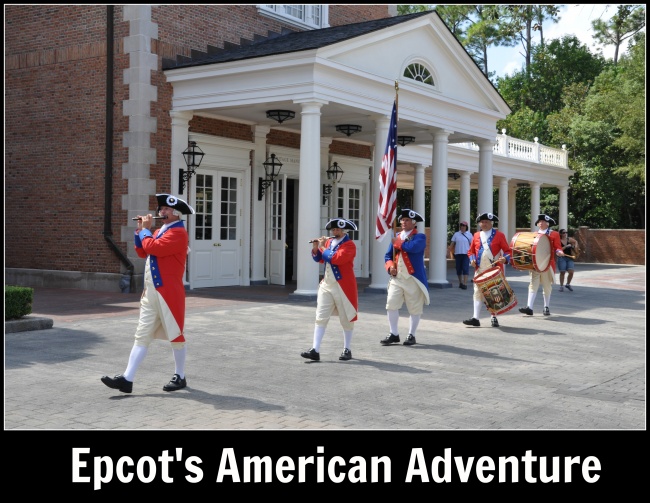 Duration of Ride: About 29 minutes

Shopping: T-shirts, handbags, houseware, figurines of the United States presidents, and Voices of Liberty CDs are available for purchase at “Heritage Manor Goods.”

Dining/Refreshment: Guests can enjoy a counter service lunch or dinner at Regal Eagle Smokehouse: Craft Drafts & Barbecue. This establishment offers ribs, pulled pork, brisket, burgers, baked beans, cole slaw, and mac and cheese. Snacks, including ice cream and popcorn, can be had at Fife and Drum Tavern, and funnel cakes are also sold in the pavilion.

Restroom: Facilities are situated at the back of The American Adventure pavilion.

Top 5 Tips for The American Adventure 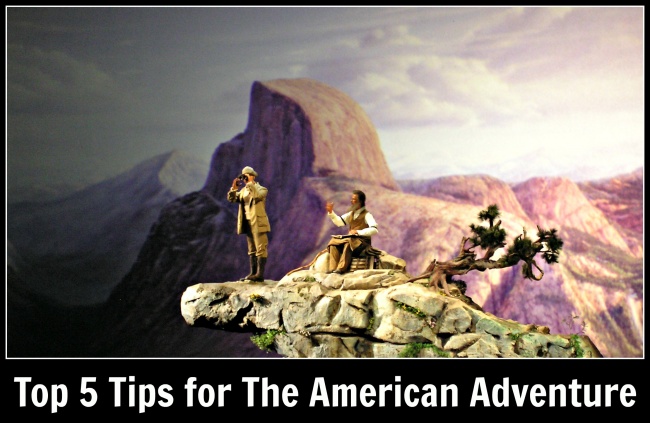