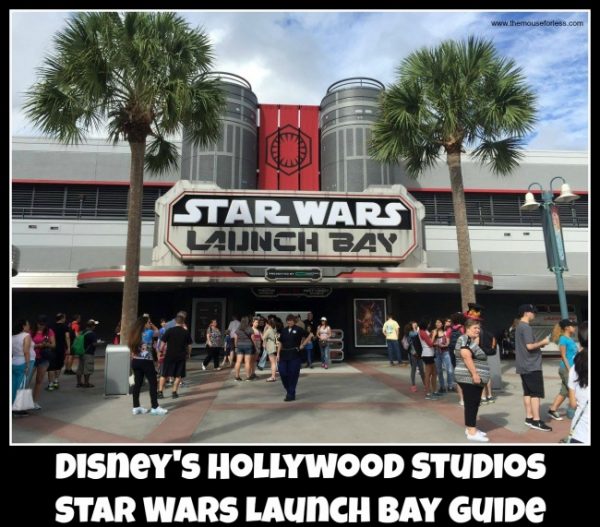 The Star Wars Launch Bay is the primary location for fans to celebrate all things Star Wars. In this multi-sensory space, guests can experience a queue adorned with special concept artwork; interact with beloved Star Wars characters; tour galleries featuring memorabilia and replicas of large-scale Star Wars artifacts, including ones from Star Wars: The Force Awakens; and have the ability to purchase special Star Wars merchandise. You’ll also now be able to see new props from Rogue One including a Shortrooper Blaster, Director Krennic’s Imperial Shuttle, a Death Star model, a U-wing gunship, and more.

In addition, the central portion of the Star Wars Launch Bay houses three elaborate character meet-and-greets, each with its own queue. Guests can choose among meeting Chewbacca at a rebel base, Kylo Ren at a First Order bunker, and the loveable droid, BB-8.

Typical Queue Time: None, but waits of up to one hour are possible for the meet-and-greets.

Dining/Refreshment: Around the corner from Star Wars Launch Bay, guests can enjoy a table service lunch or dinner in a classic Hollywood setting at the Hollywood Brown Derby.