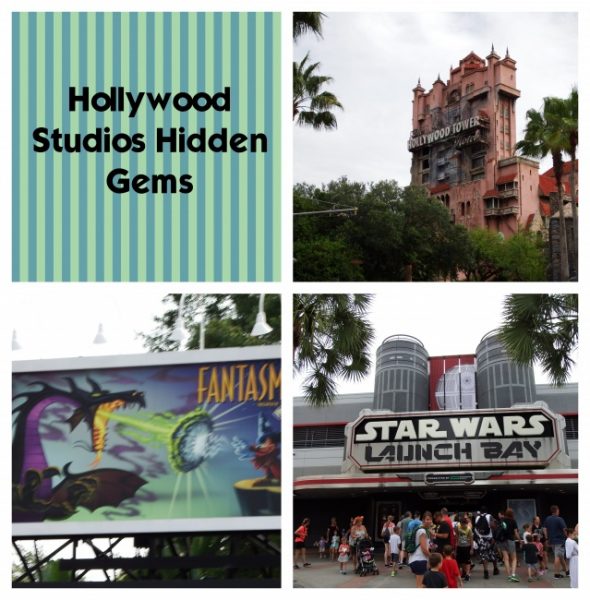 There are many hidden gems are the Walt Disney World theme parks. The details in the parks really set Disney apart, be sure to take your time and search out these great extras. Here are a few gems that we know about in Hollywood Studios. See if you can find these and more around the park. As Hollywood Studios changes with Toy Story Land and Star Wars: Galaxy’s Edge coming to the park check back for updates.

Check out Star Wars Launch Bay. Here you can see props from the Star Wars movies and even meet Star Wars characters! 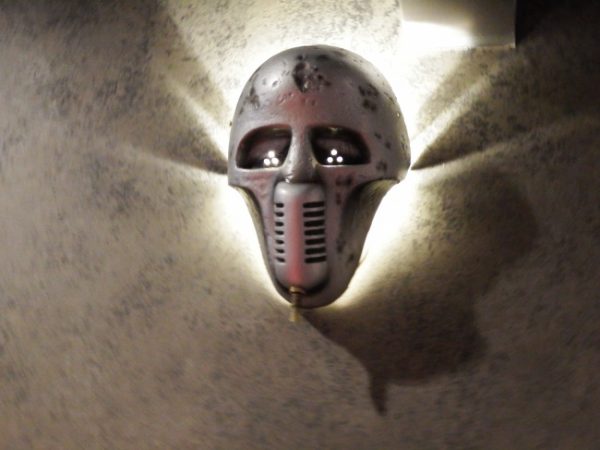 Some of the light fixtures in Star Wars Launch Bay are made from parts of medical droids.

Animation Courtyard is a great place to meet all of your Disney Junior pals.

In Walt Disney Presents you can often find a popular character meet and greet or a preview for an upcoming Disney movie.

If you ask the Cast Member at the entrance to Walt Disney Presents you may be able to become a citizen of Walt Disney World. If you can pass the citizenship exam of course!

Pull the rope in the well outside of Indiana Jones and listen. After the show as you are exiting try to take the FAR RIGHT stairway (as you are facing the stage), on the landings look for a Cast Member’s hand holding the golden Idol from the movie, pat the idol on your way by.

Explore the Backlot Express restaurant. Here you can find all kinds of props along with some great hidden references. Especially read some of the postings on the bulletin boards scattered throughout the restaurant.

Check out Sid Cahuenga’s to the left as you enter the park. Here you may encounter a character or two.

When walking down Hollywood Blvd., take time to notice the offices above the shops and their occupations. Also keep your eye open for the Streetmosphere actors in this area, look for people dressed in 1940’s era clothing. 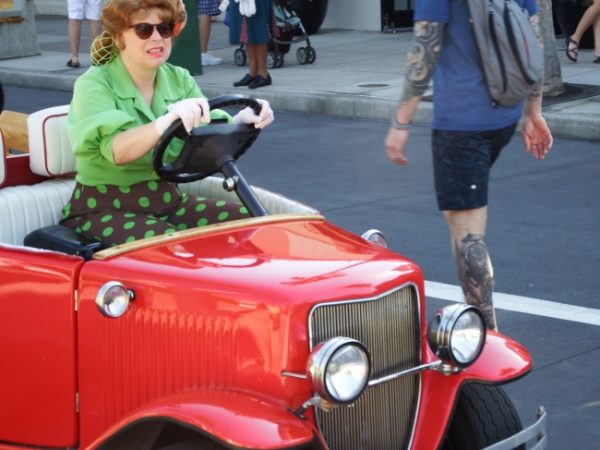 At the end of the street is Grauman’s Chinese Theater. It is the future home of Mickey’s Runaway Railway attraction. This theater is a replica of the theater in Hollywood which hosted many Disney movie premieres including Mary Poppins. In front of the theater you can find handprints in the concrete of many famous actors. See who you can recognize! 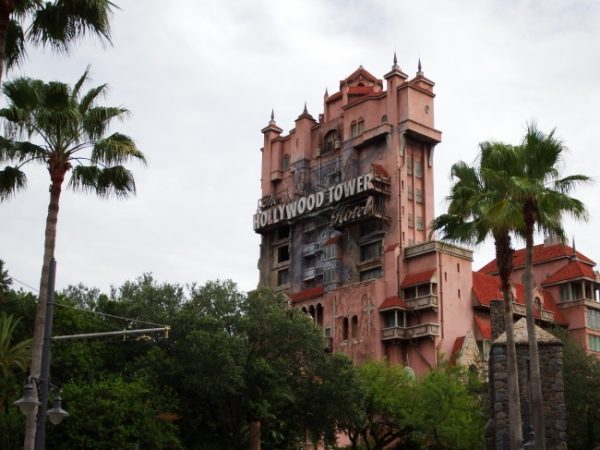 Inside Tower of Terror queue, as you leave the lobby but before you enter the TV Room there is a bulletin board in a glass case. Some of the letters have fallen out; get right up against the glass to see what the letters have spelled out.

In the library area of Tower of Terror look for some broken glasses. They signify an episode with Burgess Meredith, a man who loved to read. After an atomic blast, he is the only person left alive. He happens across a library and is all set to read and read and read when he breaks his glasses. SIGH.

When entering Rock ‘n’ Roller Coaster, listen at the doors to studio A and Studio B to see if you can hear a recording session going on inside. In addition to this while you are waiting, you will hear the PA paging various people. These are the Imagineers that designed Rock ‘n’ Roller Coaster. Well except for the Hey Jude reference (I think!). Look closely at the electrical boxes, the initials and birthdays of the Imagineers are carved in there. Keep an eye on the music posters in the rotunda, they will change out. And lastly, keep your eyes open for the alley behind the studio, by the launch area for more hidden gems.

One of the stores on the street is themed to Carthay Circle Theater. This is the theater where the first full-length animated feature film debuted. That film just so happens to be Snow White and the Seven Dwarfs which premiered in 1937. 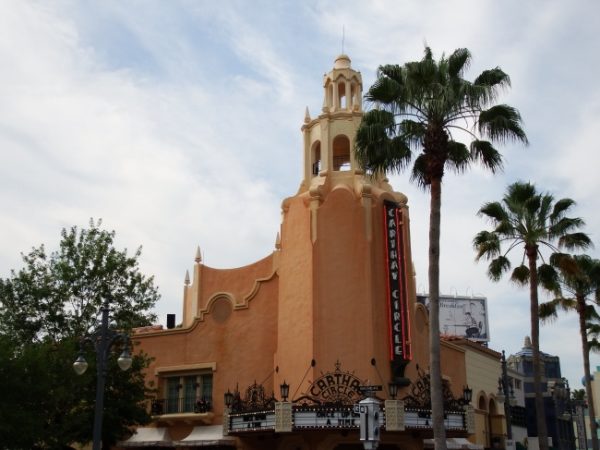 Keep your eye on the sign for PizzeRizzo. The flashing neon spells out a hidden message.

Also at PizzeRizzo, a sign mentions that they serve the best pizza on the planet. This is a reference to Pizza Planet which is featured in many Pixar films in the form of a pizza delivery truck.

In the waiting area for Muppet Vision 3D check out some of the props around the room. Miss Piggy is certainly prepared for the show! 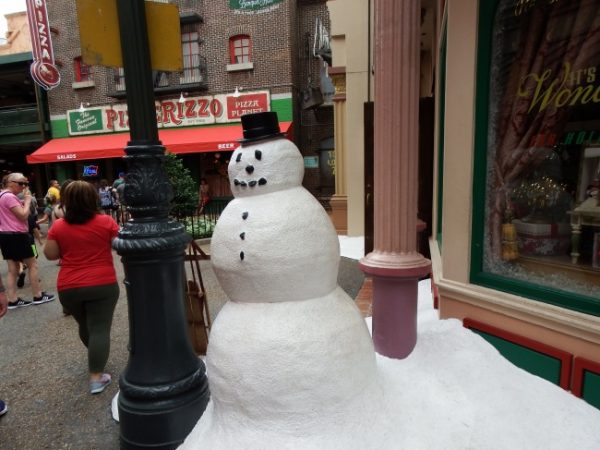 Look for a snowman in Muppet Courtyard. He must have visited with Elsa to keep from melting in the Florida sun!

At the entrance to Muppet Vision 3D look to the right at the box office window. There is a sign that says “Back in 5 minutes. The key is under the mat.” Look under the welcome mat that is on the floor beneath the window and check for the key!

This is the only place you can meet Sorcerer Mickey. Mickey played the role of the Sorcerer’s Apprentice in the classic movie, Fantasia.

Sci-Fi Dine-in is an amazingly themed restaurant. Check out the tables, they are themed to look like cars visiting a Drive-In movie.

Look down to see Andy’s massive footprint in the pavement. Being the size of a toy makes even a child’s shoe absolutely huge!

Don’t miss a picture with the luxo ball. The giant yellow ball has been included in every Pixar movie.

Keep your eyes out for Green Army Men. They may recruit you!

In the queue for Slinky Dog Dash look at the diagrams of the coaster that Andy has built. You can see the modifications he made so that his roller coaster set gained a Slinky Dog theme.

Look for a giant box for Tyrannosaurus Rex. There is a price tag with the numbers 11/22 and the price $19.95. This is the original release date for Toy Story.

Don’t miss the details! Nearly everything in this land is in the form of a toy. The lights are TinkerToys, the chairs are Babybell cheese wheels, and the bathrooms have toy designs on the walls. The imagineers made sure that the Toy Story theme was spread throughout the land.