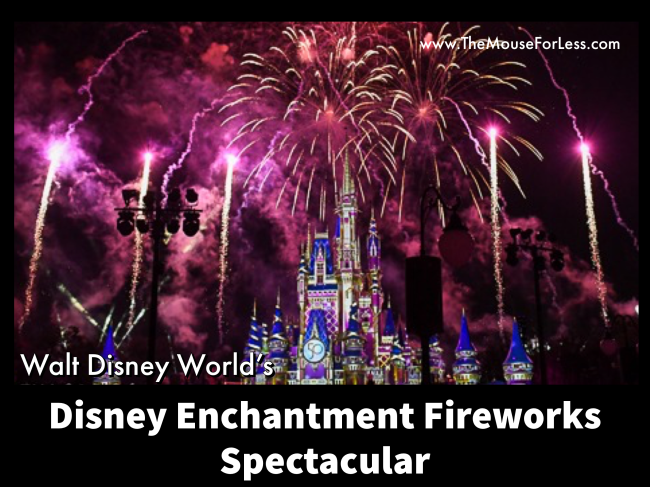 Disney Enchantment is the newest fireworks spectacular at the Magic Kingdom. This show replaced Happily Ever After, and made its debut on October 1st, 2021 as a part of the Walt Disney World 50th Anniversary Celebration.

Disney Enchantment will end on April 2, 2023. It will be replaced by Happily Ever After.

Disney Enchantment is a nighttime spectacular centered around Cinderella Castle on Main Street USA. This fireworks spectacular features captivating Disney music, enhanced lighting, stunning fireworks and—for the first time—immersive projection effects that extend from Cinderella Castle down Main Street, U.S.A. at Magic Kingdom. Be sure to experience these performances on your visit to the Magic Kingdom.

Check MyDisneyExperience or a times guide for daily showtimes.

Movies featured in Disney Enchantment include:

The Princess and the Frog

Raya and the Last Dragon

Locations outside of Magic Kingdom