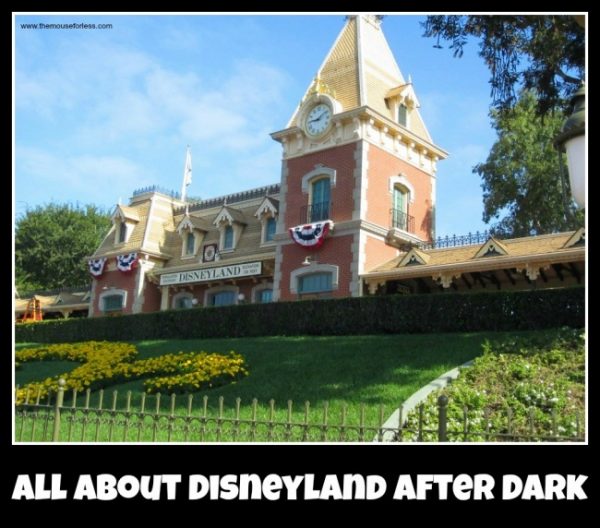 Disneyland Park will hosts two of the Disneyland After Dark events, and Disney California Adventure will host the other two. Each of them lasting 4 hours. Guests are encouraged to dress up to the night’s theme (guidelines below).

Enjoy the ultimate throw back with Disneyland After Dark’s 80’s Nite! Guests attending will be immersed in all things retro with a twist of Disney magic. Enjoy the tunes of the 80’s, special menus at select restaurants, and Minnie Mouse’s epic dance party on the Tomorrowland stage.

Surprise your sweetheart with tickets to Sweetheart’s Nite. Basque in the romance of a Valentine’s themed ball, meet and greet with some of Disney’s most beloved couples, and photo ops that are sweet as pie!

Pixar Nite is hosted by your favorite Pixar pals. Enjoy interactive dance parties, a chance to meet Russel from Disney Pixar’s Up, and much more. Unlike the other Disneyland After Dark parties, this one has 3 different dance parties: 1. Pixar Dance Party at Pixar Pier 2. Incredibles Dance Party at Paradise Gardens Park 3. Monster’s Inc. Dance Party at Hollywood Land.

Just as it sounds, Villain’s Nite is all about the bad guys you love! Watch as they perform a wicked Cabaret, and follow it up with deliciously sinful eats at participating restaurants in the park.

Each Disneyland After Dark Ticket is $109.00 per person (ages 3+). Guests can purchase these tickets on the official Disneyland website, the Disneyland Resort ticket booth, or by calling (714) 781-4636 at least 1 day in advance.

*The number of tickets available for each Disneyland After Dark event are limited, and guests are limited to 8 tickets per purchase. Parking fees not included in price of even ticket.

What’s Included in Your Disneyland After Dark Ticket?

Costume Guidelines for Disneyland After Dark

For Guests Ages 13 and Under

For Guests Ages 14 and Older

Guests of the Disneyland Good Neighbor Hotels can purchase their Disneyland After Dark tickets at the front desk.

The pre party park mix-in hours is only for the park that is hosting the After Dark event. Guests visiting Disneyland or Disney California Adventure prior to the mix-in hours will need to pay separate admission.

Merchandise is available on Disneyland website that is specially themed to each of the Disneyland After Dark events. Pre order before you arrive so you are ready to go!

Star Wars: Rise of the Resistance will not be available during the after hours activities.

All tickets for Disneyland After Dark can be purchased now until the day before the event of your choice.