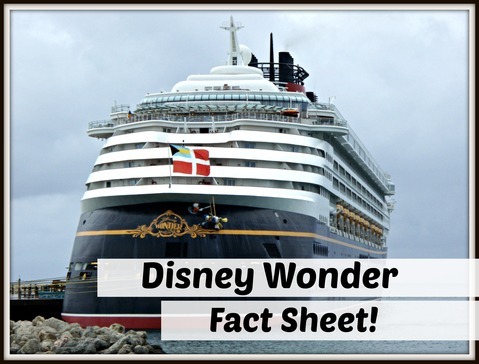 Measuring 964 feet in length, the Disney Wonder is longer than Main Street U.S.A at the Magic Kingdom in Walt Disney World.

The interior on the Disney Wonder is in the art nouveau style, which features organic influences and curved patterns.

Every Disney Cruise Line ship has an atrium lobby statue celebrating a classic Disney character. Ariel sits pretty as the feature in the lobby of the Disney Wonder.