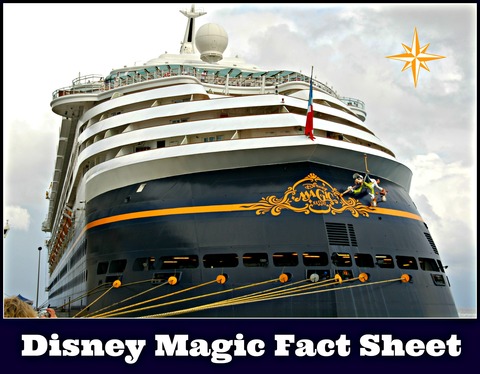 Disney Magic is the first ship in the Disney Cruise Line fleet. A “reimagineering” transformation of the Disney Magic took place during dry dock Sept. 7-Oct. 10, 2013 in Cadiz, Spain. The first cruise onboard the updated ship will be October 25, 2013. 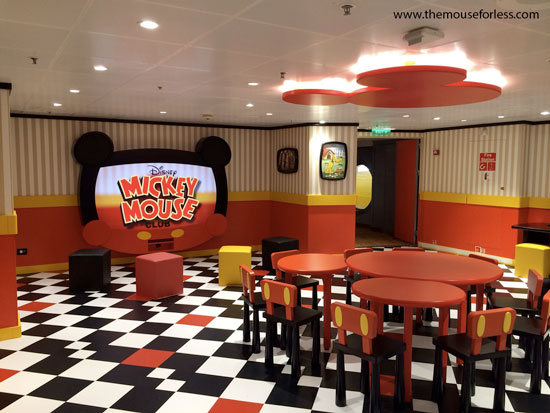 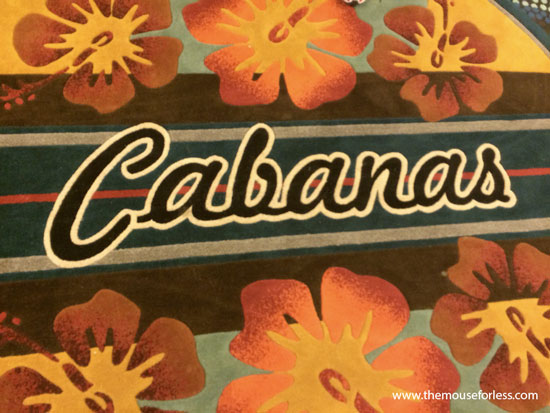 The Disney Magic was built in two halves… one hundred miles apart! Part of the ship was constructed in Ancona, Italy then towed 100 miles to meet the stern in Marghera (just outside Venice) to be perfectly joined and welded together.

Measuring 964 feet in length, the Disney Magic is longer than Main Street U.S.A at the Magic Kingdom in Walt Disney World.

The Disney Magic’s interior is in the art deco style, characterized by geometric designs and bold, solid colors.

Every Disney Cruise Line ship has an atrium lobby statue celebrating a classic Disney character. Mickey at the helm is the feature in the lobby of the Disney Magic.