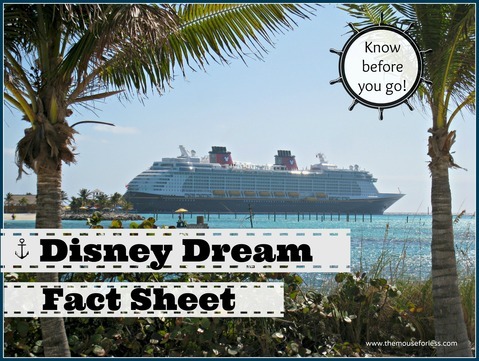 The Disney Dream is the third ship in the Disney Cruise Line fleet. The ship has 14 towering decks and the capacity to comfortably accommodate 4,000 passengers. The cruise liner was specially designed with families in mind, combining sleek style and convenient facilities with splashes of magic and cruise-industry firsts—like the splashtacular AquaDuck, the very first water coaster at sea. Take a look at some additional Disney Dream ship facts. 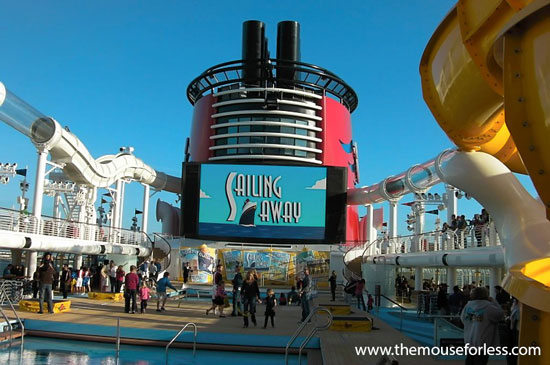 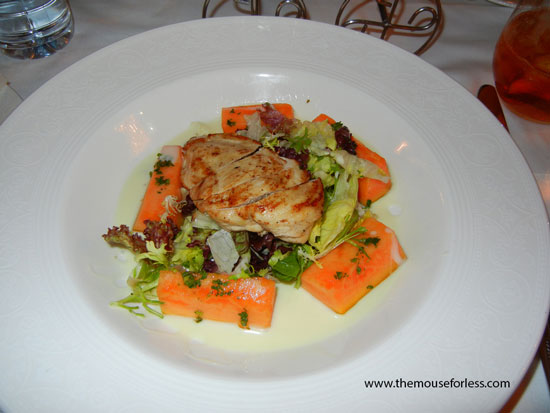 The ship’s horn on the Disney Dream is a prominent element of the “Sailing Away” deck party at the start of every cruise and is quite the musical talent. The horns are able to sound the first musical line of “When You Wish Upon a Star” as well as the second line of the song (“makes no difference who you are”) plus, several measures of “Yo Ho (A Pirate’s Life for Me),” “It’s a Small World,” “Be Our Guest,” “Hi Diddle Dee Dee (An Actor’s Life for Me)” “A Dream is a Wish Your Heart Makes” and “Do You Want to Build a Snowman”.

The Sorcerer Mickey Mouse on the Disney Dream’s stern is about 14 feet long. Constructed of stainless steel and fiberglass, it weighs approximately 2,500 pounds. The “ornament” was sculpted at Walt Disney Imagineering in California, structurally designed by engineers at Disney Cruise Line and Meyer Werft in Germany, manufactured in Sarasota, FL, finish-painted in Orlando, and then transported by ship to Germany for final installation on the Disney Dream. From sculpture to the stern of Disney Dream was a journey of about 15,000 miles for Mickey Mouse.

The Disney Dream’s Art Deco-style chandelier sparkles with thousands of hand-crafted crystal beads and glows with colorful glasswork. Crafted in Brixen, located in Northern Italy, the chandelier is 22 feet diameter at the ceiling plate and comes down 13 feet from the ceiling. It is 24kt gold plated with a total of 88,680 Swarovski crystal beads ranging in size from 6mm to 12mm.

Every Disney Cruise Line ship has an atrium lobby statue celebrating a classic Disney character. Admiral Donald is striking a pose on the Disney Dream.

Walt Disney Imagineers elevated the AquaDuck water coaster on the Disney Dream in order to maximize space on the deck.

Guests can celebrate special occasions with a one-of-a-kind toast at nightspots dedicated to “bubbly.” French champagne-maker Taittinger crafted a “pink” just for Pink – Taittinger Prestige Rose is the signature sparkling.

Ahoy, mateys! Subtle nautical motif adorns Disney Cruise Line ships, including traditional maritime symbols and lettering that only the conscientious sailor can spot. For example, on the carpet in the Disney Dream stateroom corridors, a ship’s wheel encompasses a map of the world and nautical flags spell out the name of the ship.