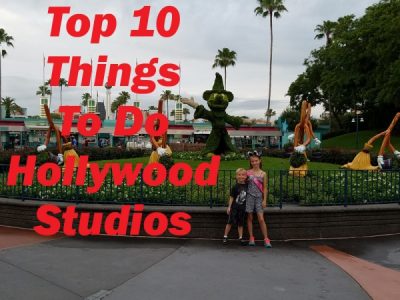 If you are planning a trip to Walt Disney World, it is hard to determine what to do at each park.  When visiting Disney’s Hollywood Studios, here are some top things you won’t want to miss on your vacation. 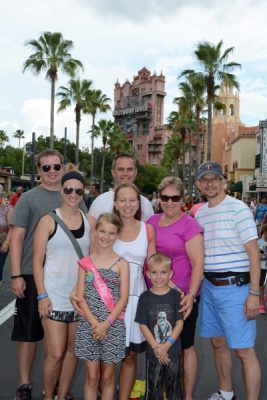 Family Outside Tower of Terror

Tower of Terror is one of Hollywood Studios’ main rides.  Head here early or grab a FastPass+ to avoid the long lines that build as the day continues.  Head down the to old service elevator and if you are brave climb aboard. 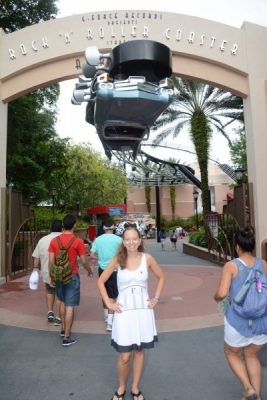 Hollywood Studios’ main thrill ride is found down Sunset Blvd.  Rock n’ Roller Coaster is a high thrill, highly intense roller coaster will take riders on a high speed ride through the streets that loop, dip and twist.  Make sure to get ready to rock as this car takes off at 60 mph flying you through the streets of LA. 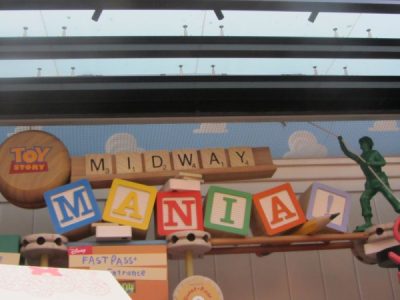 At Toy Story Mania, visit your favorite Toy Story characters inside Andy’s playroom.  Grab some 3D glasses and play carnival like games as you take aim at stationary and moving 3D objects such as plates, balloons, and even aliens.  Bring your competitive side as you try to beat other riders in your car. 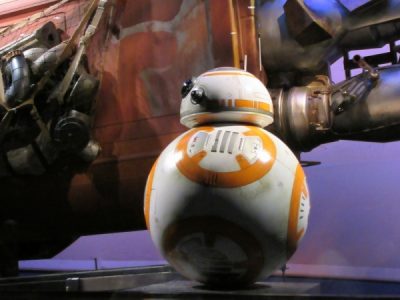 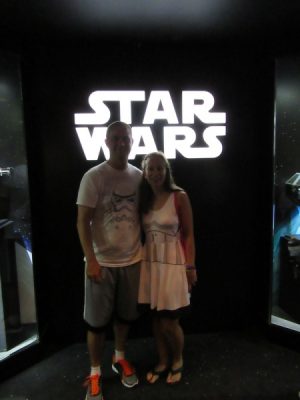 If Star Wars is your favorite, then Hollywood Studios is a must for you.  Start by getting some training at the Jedi Training Academy for your little ones.  They can take on Darth Vader as they battle with other Padawans.  Star Tours should be your next stop.  Here you can board a Star speeder and come face to face with some of your favorite characters and planets.  This flight simulator will bring to life the Star Wars adventure through an intergalactic adventure.

The next two options for Star Wars fans are to catch the March of the First Order (where you can find Captain Phasma and her parade of Storm troopers) as well as Star Wars Launch Bay.  Here you can watch a quick video on the making of the Star Wars movies.  This 10-minute film will share the thoughts and ideas of the directors, writers, producers and others involved in the film production.  Following the movie, you are able to walk through the Star Wars Launch Bay where you can see amazing artwork and objects from the movies.  Wrap up your Star Wars day with the Star Wars:  A Galactic Spectacular.  With lasers and pyrotechnics lighting up the sky with Star Wars music, magic and characters this nighttime show will end your night with a bang.

Allow yourself to be apart of the show with this fun street show.  This rowdy group is ready to be apart of Hollywood, but they are never going to make it big-time without your help.  Keep your eyes peeled for this group as they pop up all over Disney’s Hollywood Studios.  Grab a snack and enjoy the show. 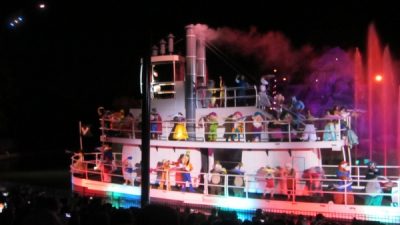 Fantasmic is a nighttime spectacular that will take you into Mickey’s nightmare as he fights off the villains from a variety of your favorite movies.  Pyrotechnics, laser lights and one million gallons of dancing water make the stories come to life.  As you sit around the lagoon, you are in perfect position to take in this amazing show that will leave you breathless.

Disney’s Hollywood Studios is know for it’s evening firework show.  Most nights you are able to catch Star Wars:  A Galactic Spectacular where Star Wars movies come to life through projections, lighting, lasers, and pyrotechnics.  During the holiday months, you can catch Jingle Bell, Jingle BAM!  This show is packed with holiday music that will leave you feeling joyful and in the holiday spirit. 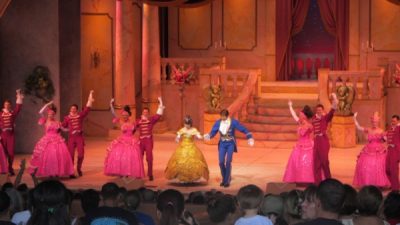 Hollywood Studios currently has three amazing shows that you can catch.  You can watch the romance unfold as Beauty and the Beast comes to life on stage.  Watch as Belle and Beast fall in love all over again. 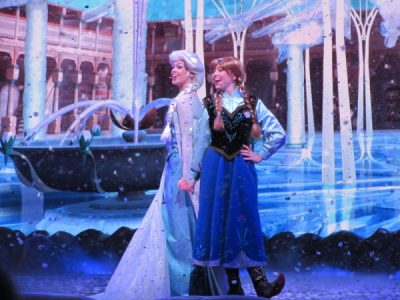 If you are wanting some laughs or wanting to belt out some songs, then catch For the First Time in Forever:  A Frozen Sing-Along.  Join your favorite Frozen characters as they retell the classic moments from the movie.  This 30-minute show leave you laughing and feeling happy. 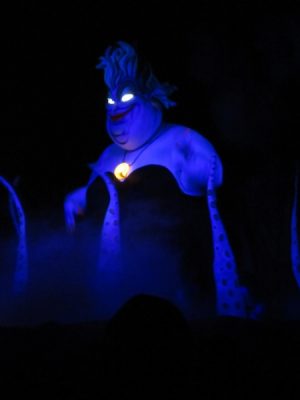 Head under the sea with Voyage of The Little Mermaid.  Follow Ariel’s adventures as scenes from the movie come to life with puppets and live performances.  Each of these three shows are great for the Disney music lovers out there. 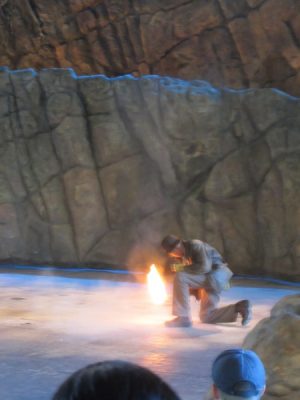 Depending on which age group you are in, take time to either catch Indiana Jones Stunt Spectacular or Disney Junior – Live on Stage.  Both of these shows will keep audience member entertained.  Join Indiana Jones as he escapes over and over from tough situations.  This high-action show will keep the audience on the edge of their seats. 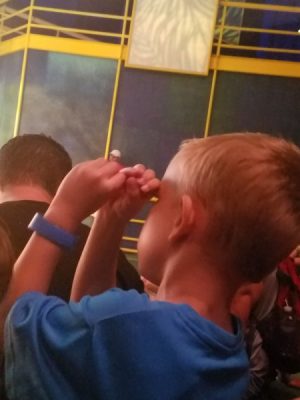 Disney Junior is a great show for those Sofia and Doc McStuffins fans.  Kids can see their favorite characters work together to solve problems that come up.  Audience members will be able to move and groove to the show. 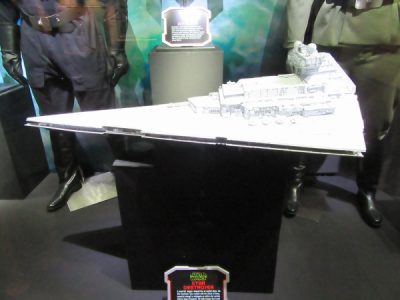 Even though Disney’s Hollywood Studios is under construction, there are lots to do while visiting.  Don’t miss these options while you are visiting the studios during your vacation.

What are your favorite things to do at Disney’s Hollywood Studios? Share them in the comments.