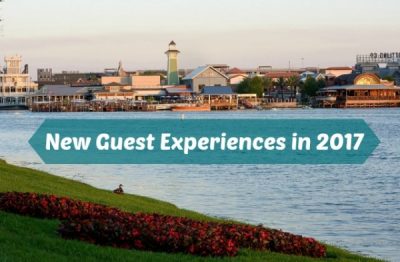 While we still have a few more days left in 2016, it’s time to start getting excited about 2017, as there will be many new experiences for Walt Disney World Guests in 2017.  In the new year, guests will be able to indulge in new lands, new attractions, new dining experiences, and much more!

Starting with Disney’s Animal Kingdom which will welcome a long-awaited addition to its park.  Pandora- The World of Avatar, created by James Cameron and Lightstorm Entertainment, will be brought to life in 2017 and guests will enter the a world inspired by Cameron’s blockbuster film, AVATAR.  Guests will be able to soar above the jungles of Pandora on a Mountain Banshee on Avatar Flight of Passage.  A family-friendly boat ride will sail through the bioluminescent rainforest, Na’vi River Journey.  Pandora- The World of Avatar, will boast its own dining location, the Satu’li Canteen, and an eclectic drink kiosk, Pongu Pongu.  Wintraders will be the place for shoppers to get their Na’vi cultural items, toys, and science kits.

Another long-awaited experience will arrive at Animal Kingdom in the new year – Rivers of Light.  Rivers of Light is an experience for all of your senses – light, water, fire, all moving and dancing to an original score.  This production will take you on a journey celebrating nature and the circle of life between humans and animals.  It’s all part of the newer experiences that transition day into night at Animal Kingdom. 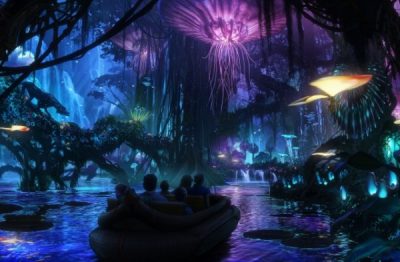 Epcot will welcome a new festival – the Epcot International Festival of the Arts!  In fact, it will be like a new festival for each of the six weekends it runs, January 13 –  February 20 (Fridays through Mondays).  Visual, culinary, and performing arts will be featured and artwork and performances will be changed out each weekend.  For the foodies, Disney’s culinary team will appeal to your eyes as much as your taste buds.  Art lovers will get to see various media throughout the festival.  And guests are in for what I consider the best treat of all – songs performed from some of Disney’s Broadway hits, The Lion King, Newsies, and Aladdin.  These top acts will be performed at the American Gardens.

The force is strong at Disney’s Hollywood Studios.  A new, seven hour tour comes to the Studios for ultimate Star Wars fans. The Star Wars Guided Tour includes reserved viewing for “Star Wars: A Galaxy Far, Far Away,”; a journey on Star Tours – The Adventures Continue; an opportunity to participate in Jedi Training: Trials of the Temple (for Guests age 4-12); a guided exploration and character greetings at Star Wars Launch Bay; dinner at a quick-service restaurant featuring Star Wars-themed items; the Star Wars: A Galactic Spectacular Dessert Party; fireworks viewing and more.  This tour will be offered on Mondays and Saturdays.  A new stage sequence, “Star Wars: A Galaxy Far, Far Away,”  will also make a debut.  With the debut of Rogue One: A Star Wars Story, Launch Bay was updated with new props from the movie.  Footage has also been added to the behind-the-scenes film in Launch Bay Theater. 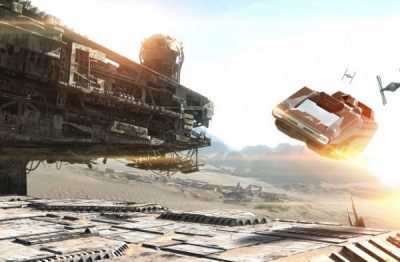 Disney Springs continues to grow and open more doors to dining establishments.  An old favorite turns a new leaf as the former Fulton’s Grab House is reimagined as Paddlefish with a new sleek look.  Seafood lovers will enjoy a new build-your-own boil and other fresh seafood.  Steaks and chops will also be featured on the menu.  Paddlefish will offer fantastic  views of the water and Disney Springs from its rooftop bar.  Sunday brunch will also be an option for guests.

Sister to Orlando favorite, Ravenous Pig, The Polite Pig will bring Floridian cuisine to Disney Springs.  A variety of wood-fired smoked and grilled items will be featured on its lunch and dinner menus.  The Polite Pig will also feature a unique beverage program that serves all drinks on tap including it’s wine, beer, and other cocktails.

For guests interested in wine, master sommelier George Milliotes will uncork his first Disney wine bar in a space that resembles a winemaker’s estate at Wine Bar George.  Oak wood and cozy lighting will set the stage for wines to play a starring role, while small plates of food will be offered as well.

If you want a unique and special dining experience, or maybe just have an affection for Disney’s beloved monorail, the Highway in the Sky Dine-Around is coming in 2017.  Offered on Tuesdays, Fridays, and Saturdays, guests can dine around the monorail loop with a stop at each of the monorails resorts.  Begin with a cocktail at Disney’s Contemporary Resort, have appetizers at Disney’s Polynesian Village Resort, dinner at Disney’s Grand Floridian Resort & Spa, and return to the Contemporary for dessert, cordials, and coffee.  It’s truly a unique monorail loop experience.

Wilderness Lodge will see an expansion with Disney’s newest vacation club property, Copper Creek Villas & Cabins at Disney’s Wilderness Lodge Resort opening.  The new property will feature new deluxe villas and waterfront cabins.  The Lodge will open a new quick-service restaurant as well as a new bar & grill.  In the summer of 2017, a reimagined Hidden Springs Pool will open as part of Boulder Ridge Villas at Disney’s Wilderness Lodge.  This near area, Boulder Ridge Cove, will feature an expanded sun deck and zero-entry pool.

A family raft ride will come to Disney’s Typhoon Lagoon as one of the longest attractions in a Disney water park.  Guests will be immersed in the story of Captain Mary Oceaneer who was brought to Typhoon Lagoon by a storm while hunting the seven seas while in search of undersea artifacts.  Treasure rafts will take guests on an adventure searching for deep sea booty.

The ESPN Wide World of Sports will open a new multi-use venue, designed specifically for cheerleading and dance.  The venue will be able to seat more than 8,000 guests.  Featuring a flexible design that can accommodate up to four competition areas,  it can also accommodate six regulation basketball courts, six regulation volleyball courts, and be configured for concerts.  The country’s top cheerleading organization, Varsity Spirit, is collaborating on the complex.

From sports venues, dining experiences, breathtaking attractions, new resort accommodations, and theatrical performances, there is something for every guest in the new year at the Walt Disney World Resort.  What are you most looking forward to? Share in the comments section.