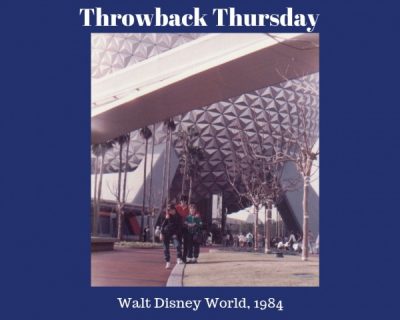 My Mom, my sister and me on our first ever Epcot visit

My family fell in love with Walt Disney World in the 1970’s, so it was no surprise that we were all eager to visit when Epcot opened. We spent four nights at an inexpensive hotel on International Drive. It was mid-January, and as you can tell by how we’re dressed in the photos, it was pretty chilly outside. The crowds were not bad at all, since we went during a traditional school time. 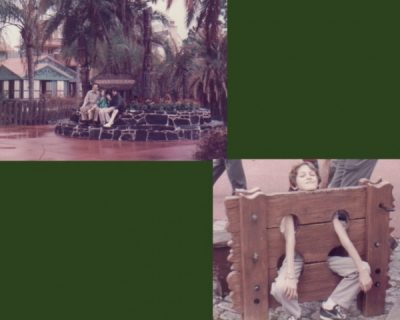 We first visited the Magic Kingdom, visiting our favorites: Big Thunder Mountain Railroad, the Swiss Family Treehouse, and my little brave sister went on Space Mountain for the first time! I wouldn’t get brave enough to try it until I was 18. 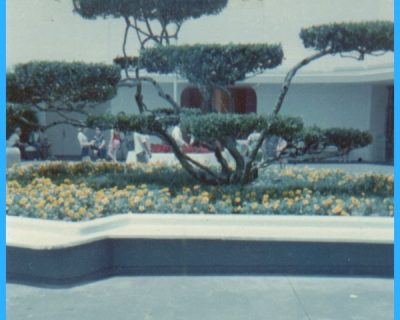 The next two days, we visited Epcot for the first time. We were blown away by the Future World pavilions. I remember the first time we passed under Spaceship Earth, I simply stared upwards and gawked at it, amazed at how big it was. Future World at that time also included Listen to the Land, Kitchen Kabaret (anyone else remember Veggie Veggie Fruit Fruit?), CommuniCore (which is now Innoventions), the Universe of Energy, World of Motion, and the newest addition, Horizons. 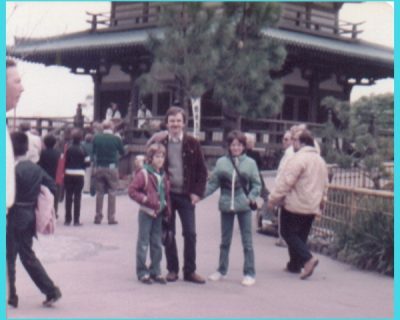 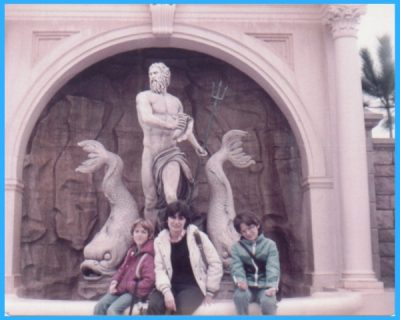 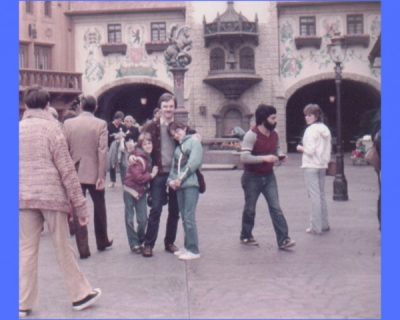 World Showcase was a lot of fun. Since my mother’s family is Italian, we spent a lot of time exploring Italy. We also enjoyed Japan and Germany. We watched all the films: Impressions de France, O Canada! and Wonders of China.

The remaining World Showcase pavilions at that time were The American Adventure, the United Kingdom and Mexico (including the El Rio del Tiempo ride). Morocco was to open later that year, and it would be a few years before Norway joined the lineup. 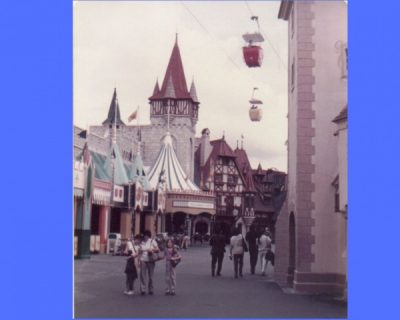 Anyone else remember the Skyway?

The next day we returned to the Magic Kingdom, experiencing Main Street, Liberty Square, Adventureland and Tomorrowland. This time, my Mom went on Space Mountain, surprising us all! Of course we had to stop for photos in the Liberty Square stockades! And in case you were wondering, the Skyway was still in operation. 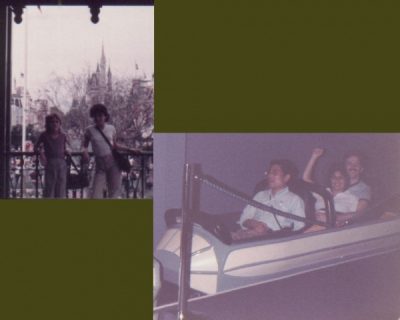 We had dinner at King Stefan’s Banquet Hall once again with Mary, the same server from our last trip. Having two whole days in the Magic Kingdom seemed like a luxury. 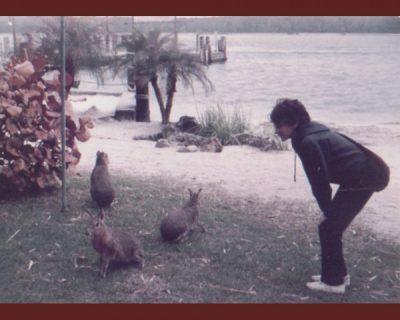 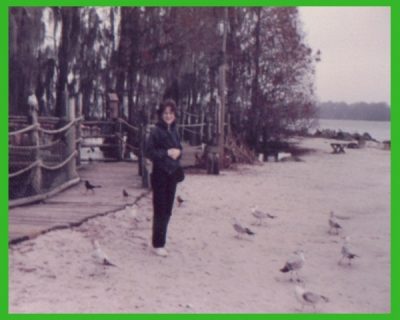 On the beach of Discovery Island 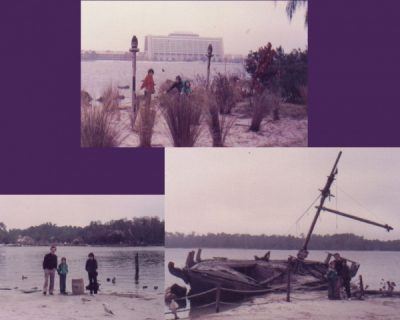 Discovery Island, with the Contemporary in the background

On our final day, we visited Discovery Island, which was a nature preserve accessible only by boat, near the Magic Kingdom. We were amazed by how up close we could get to some of the animals! 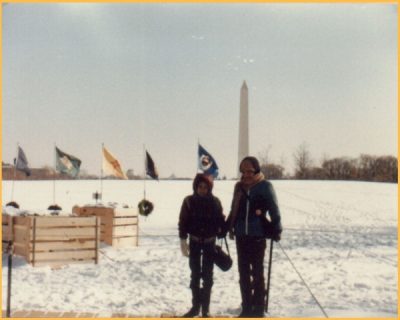 On our way back home, we stopped in Washington, D.C. One of my mother’s high school friends died in Vietnam and we paid our respects at the Memorial. As you can see from this photo, D.C. was having an unusual winter!

It would be two years before we’d get back to Walt Disney World.

Want to create your own magical Walt Disney World memories? Contact The Magic for Less Travel for more information and a free, no-obligation quote.