Following is a short list of daily events, all included in your park admission:

The afternoon parade, usually staged at 3:00 p.m., features floats and marching Disney characters. Festival of Fantasy Parade has an original score and floats paying tribute to The Little Mermaid, Brave, and Frozen, among other Disney films. Many of the floats’ pieces spin and swing to extremes not normally found in Disney parades: The Tangled platform has characters swinging wood hammers from one side of the street to the other. The most talked-about float is Maleficent (the villain from Sleeping Beauty) in dragon form—she spits actual fire at a couple of points along the route. 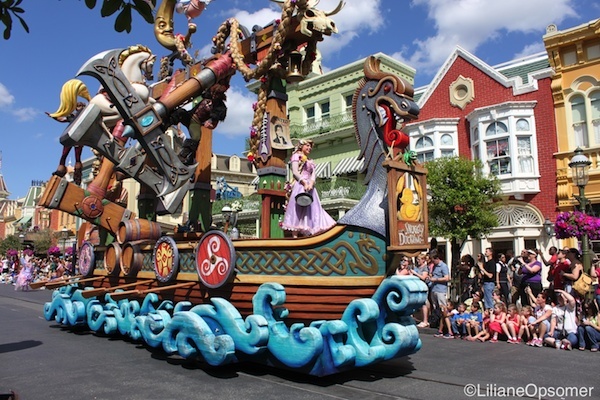 Mickey’s Royal Friendship Faire brings to life beloved Disney stories, both classic and contemporary, on the castle forecourt stage. Tiana, Naveen, and Louis from The Princess and the Frog have traveled from New Orleans to be with their friends; Rapunzel and Flynn Rider from Tangled are the special guests of Daisy Duck; while Olaf, Anna, and Elsa from Frozen bring some icy magic to the party. 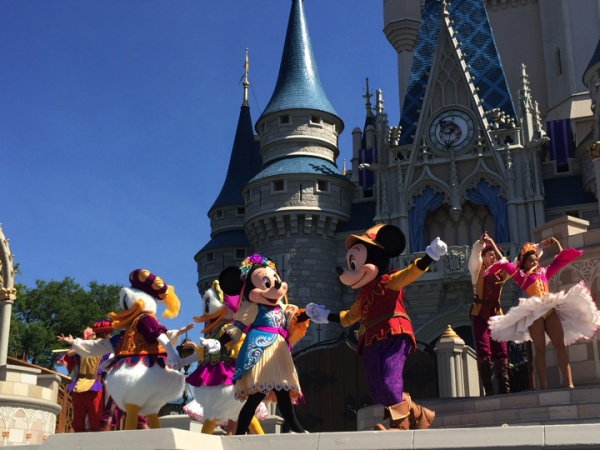 A number of characters are usually on hand to greet guests when the park opens. They snarl pedestrian traffic and stop most kids in their tracks! More characters are found throughout the park. 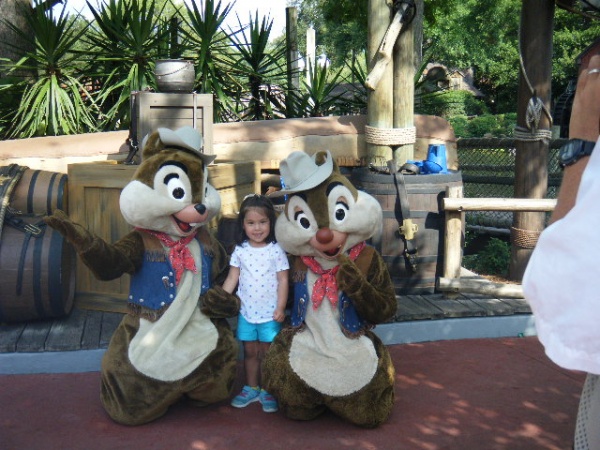 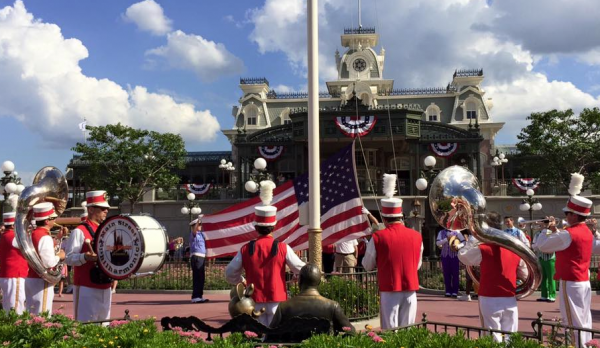 Don’t miss the Happily Ever After fireworks show. The 18-minute presentation combines memorable vignettes from popular animated films with a stellar fireworks display. The show comes with a brand-new soundtrack and replaces Wishes, the popular firework spectacular that ran at the Magic Kingdom October 2003–May 2017. The amazing new show projected on the castle is best viewed right in front of it. 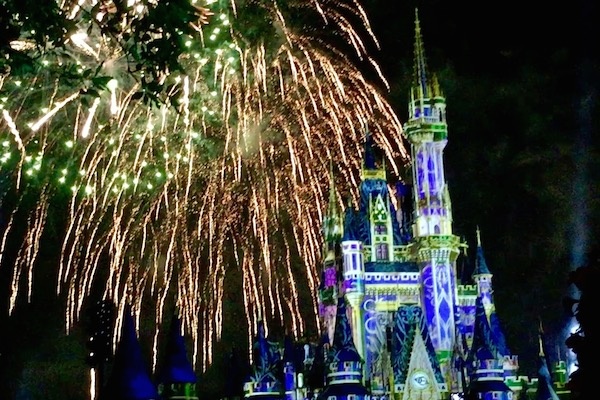 The Dapper Dans perform soulful a cappella Americana at the Magic Kingdom. Make sure to see the Main Street Trolley performers as they put on a show for whoever is wandering the street. 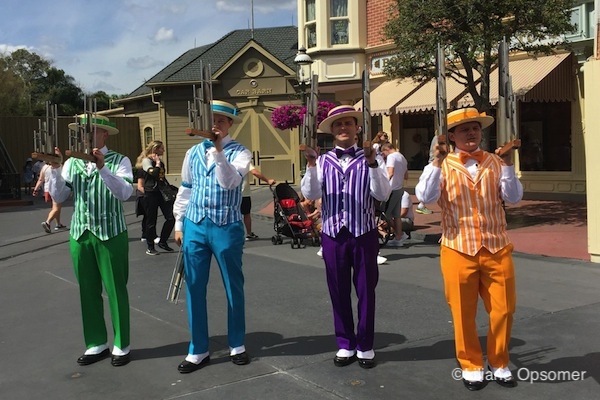 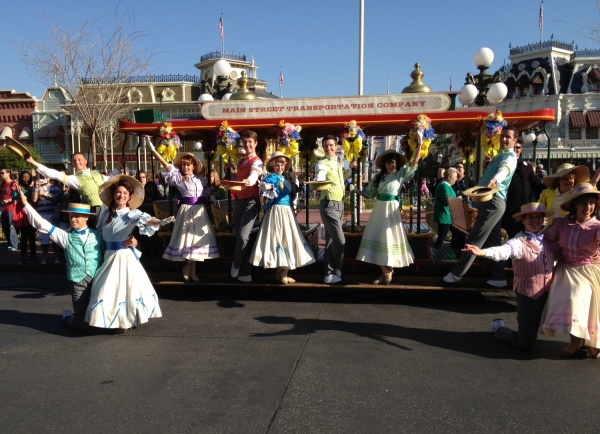 The legendary Main Street Philharmonic performs tunes from classic Disney films, mixed with ragtime and swing, at several locations in the park. Citizens of Main Street U.S.A. offers funny characters who can be spotted along Main Street throughout the day.  The Royal Majesty Makers give little princes and princesses “lessons” in horse riding, swordsmanship, and more in Fantasyland.  Check the Times Guide for the schedules and showtimes. 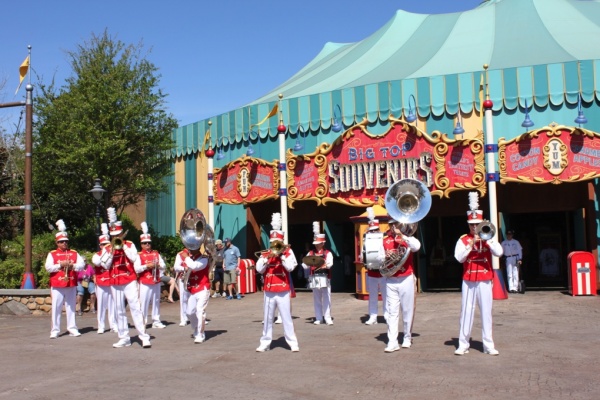 The Move It! Shake It! Dance and Play It! Street Party starts at the railroad end of Main Street, U.S.A., and works its way toward the Central Plaza. This short parade incorporates about a dozen floats, Disney characters (including Nick Wilde and Judy Hopps from Zootopia), and entertainers. An original tune called “Party Up!” serves as the theme song, and there’s a good amount of interaction between the entertainers and the crowd. 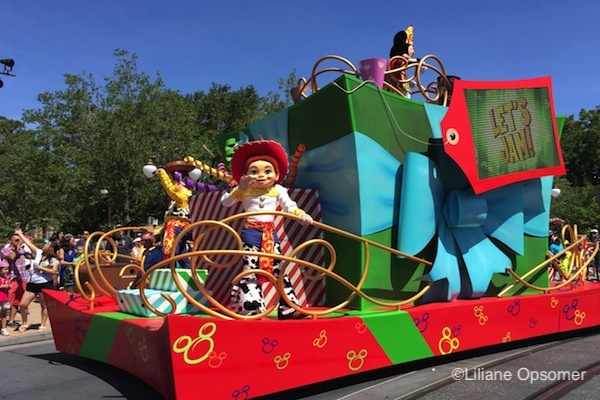 The Muppets Present…Great Moments in American History is a hilarious interactive experience that takes place at Liberty Square, in the upper windows of a building next to The Hall of Presidents. Kermit the Frog, Miss Piggy, Fozzie Bear, The Great Gonzo, and James Jefferson (the town crier of Liberty Square) bring to life American history, the Muppet way! The tales include the midnight ride of Paul Revere and the Declaration of Independence. Check the Times Guide for showtimes. The building hosting the Muppet mayhem is also home to the new, second Guest Relations building. 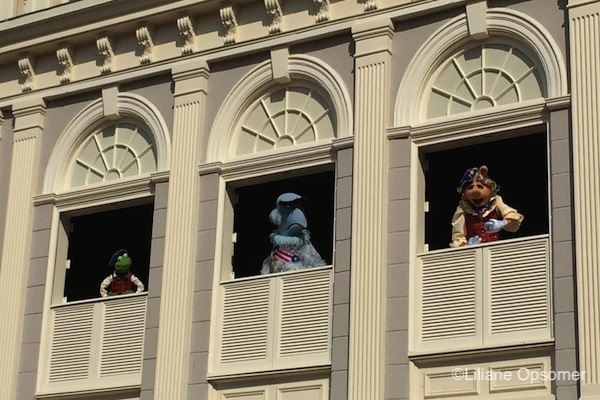 In the Once Upon a Time Castle Projection show, Mrs. Potts from Beauty and the Beast shares bedtime stories with Chip, taking guests on a magical trip through the most adventurous scenes from favorite Disney films like Cinderella, Peter Pan, The Many Adventures of Winnie the Pooh, and Alice in Wonderland. Videos and special effects are set to music and projected on Cinderella Castle. Disney regularly updates the show’s content to keep it fresh. While the show’s soundtrack is invariably excessively sentimental, the visuals more than make up for it. We rate this as not-to-be-missed.

Ending the Happily Ever After fireworks show is Tinker Bell’s Flight. She no longer opens the show, and she’s no longer a special effect either—a real Cast Member now flies high above Cinderella’s Castle.

Just outside the park, do not miss the Bay Lake and Seven Seas Lagoon Electrical Water Pageant. Performed at nightfall (at about 9:00 p.m. most of the year) on Seven Seas Lagoon and Bay Lake, this pageant is the perfect culmination of a wonderful day. 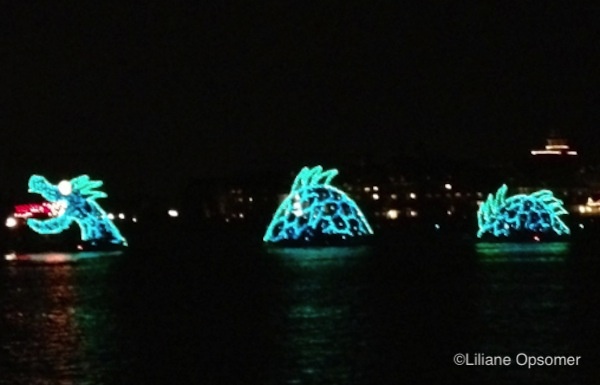 You can see the show, minus the crowds, from the pier of the Polynesian Village Resort at 9:00 p.m. Get the kids a snack and yourself a drink, and walk to the end of the pier to watch. Pure magic!. You can also watch the show at the Grand Floridian at 9:15 p.m. and at the Contemporary at 10:05 p.m.

In addition to parades, stage shows, and fireworks, chances are that there is more going on. Always pick up the Times Guide upon entering the park, and don’t hesitate to ask a cast member about concerts, bands, singers, and street performers who roam the park daily.

For more family fun tips when visiting Walt Disney World, check out The Unofficial Guide to Walt Disney World with Kids. The guide has all you need to plan a successful visit, including Touring Plans specifically geared towards families visiting with children.

What are some of your favorite pieces of live entertainment at Walt Disney World? Share them in the comments.