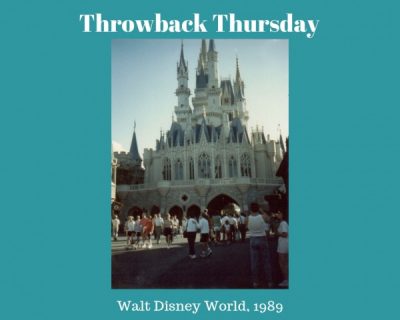 After more than a decade of staying off property, they decided we would stay at the Polynesian. Not only that, but we would stay on the King Kamehameha Royal Polynesian Level, as it was known back then. 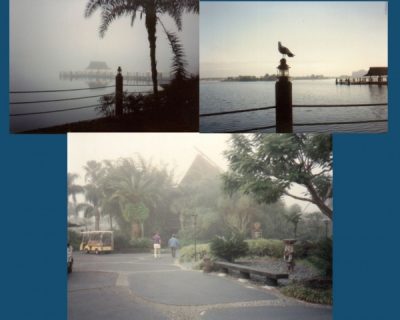 Misty mornings at the Polynesian

Walt Disney World was offering a package back then called the World Adventure Package, which we booked. We flew into Orlando, rented a car at the airport, and drove to the Polynesian.

We stayed in the Samoa longhouse, room 1411, which was a ground floor concierge room. We had a lovely Lagoon view. We spent a lot of time at our resort, in the pool and renting boats. We had lunch at the Coral Isle Café and enjoyed the Polynesian Revue Luau. 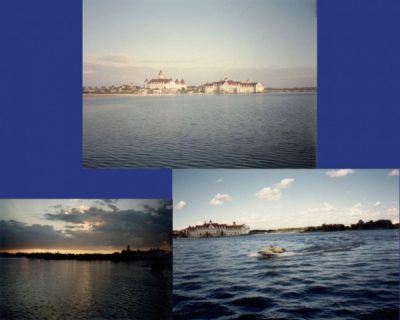 We also spent time visiting the new hotel next to ours, the Grand Floridian resort. We splurged for dinner at Victoria and Albert’s, where my Dad had the Bailey’s Irish Crème Souffle, which is, according to him, the best dessert he’s ever had. My parents loved this resort so much that they almost immediately began planning a trip for 1991 at the Grand. 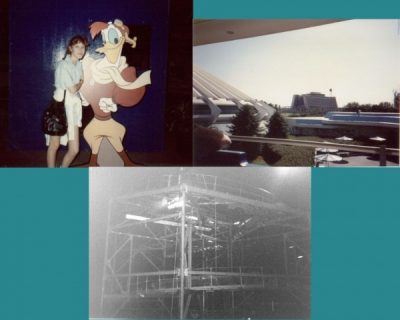 Mickey’s Birthdayland, the view from the WEDway, and Space Mountain tracks

Our time at the Magic Kingdom was a lot of fun. We got to see the new Mickey’s Birthdayland! Space Mountain was closed for refurbishment, so we got to ride the WEDway PeopleMover and see the tracks with the lights on! 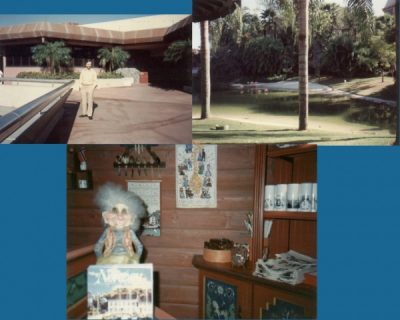 Epcot, including the new Norway pavilion

We always love visiting Epcot, and this trip was no exception. My father is of Norwegian descent, so we were all excited to visit the Norway pavilion, which had opened the year before.

We knew that we were too early to visit the Disney-MGM Studios, which opened the summer after our trip. But we were very excited about our next visit in 1991, when we planned to visit the Studios. We were excitedly talking about this new Star Tours attraction that was coming when we passed a Cast Member in Future World. “Oh,” he said, “you guys must be from California.” We told him, no; we were from New York and had never been to California. “Well, how do you know about Star Tours, then?” he asked. I smiled and said, “We study up.” 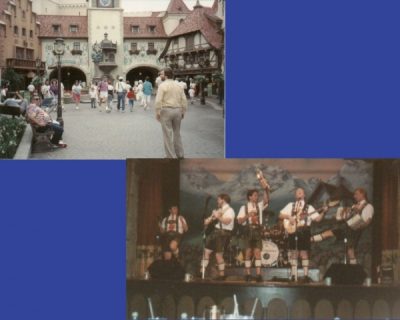 We enjoyed a meal at Biergarten, and my Dad definitely enjoyed the German beer there. At one point when the band was singing, “Ja, ja, ja, ja!” my Dad lustily sang along. Our waitress joked, “Oh, you know the words!”

It was wonderful to stay on property again. And it made us look forward to our next Walt Disney World adventure: the Grand Plan at the Grand Floridian in 1991. 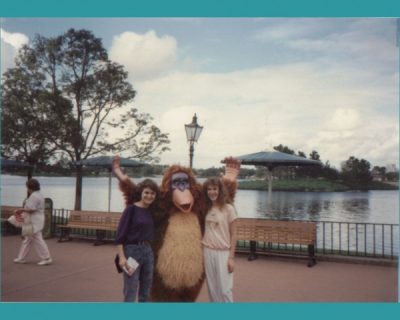