On the Fourth of July, the parks, especially the Magic Kingdom, often fill to capacity early in the day. If your heart is set on celebrating Independence Day inside a Walt Disney World theme park, pick your park, arrive early, and be prepared to stay there throughout the day. 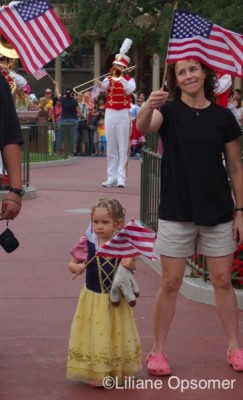 Remember, it is going to be hot. Experience indoor attractions such as Carousel of Progress and Mickey’s PhilharMagic at the Magic Kingdom; Spaceship Earth and The American Adventure at Epcot; Star Wars Launch Bay and Muppet Vision 3D at Disney’s Hollywood Studios; or Finding Nemo–The Musical and the Festival of the Lion King at the Animal Kingdom on a regular basis to cool down. Stay hydrated and slap on the sunscreen. Bring everything you need to the park, and spring for a locker because you don’t want to carry around a heavy backpack in what is going to be at least 90ºF. Last but not least, try to secure a reservation in a table-service restaurant.

Where to Celebrate the Fourth of July at Walt Disney World

The Magic Kingdom and Epcot are my favorite parks when it comes to celebrating our nation’s birth. You’ll want to visit the Magic Kingdom for festivities on July 3rd and experience Epcot on July 4th.

There are no special Fourth of July celebrations at the Animal Kingdom or Disney’s Hollywood Studios. Note that The Studios’ Star Wars: A Galactic Spectacular fireworks will take place at 9:30 p.m. on July 3rd and July 4th. 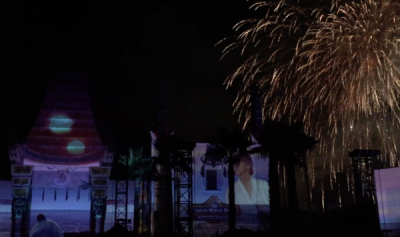 The Magic Kingdom celebrates Independence Day on July 3rd and July 4th but will most certainly be more crowded on the Fourth of July.

Patriotic Moments at the Magic Kingdom

Be sure to see the 8-foot-tall Liberty Bell replica that anchors Liberty Square, where a majestic 100-year-old oak (with a younger oak grafted into the base) stands tall. Take pictures next to the Liberty Bell, which was cast for Walt Disney World in 1989. 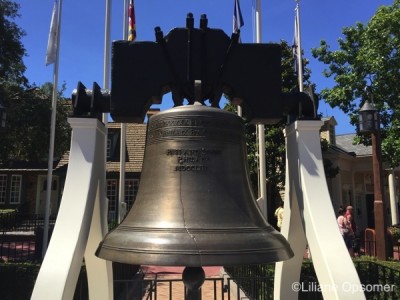 Give your feet a break and take the Liberty Belle for a ride on Rivers of America. The three-tiered Liberty Belle riverboat is a reproduction of the type of historic vessels that once ferried people up and down the mighty Mississippi.

An absolute must is The Hall of Presidents show featuring 43 U.S. Presidents. Morgan Freeman narrates the patriotic audio-animatronics show. The air-conditioned theater holds more than 700 people, and the show runs continuously throughout the day. 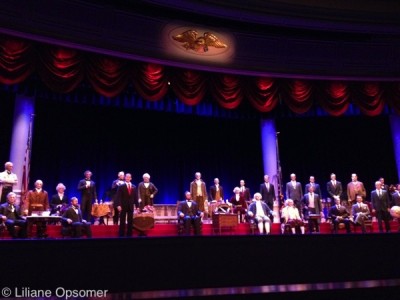 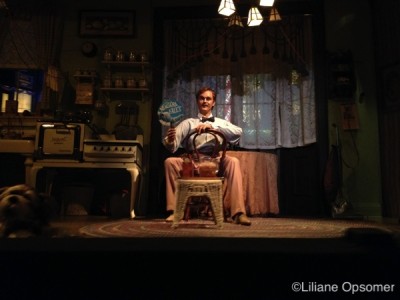 Pledge allegiance to the flag and enjoy the patriotic performance of the Main Street Philharmonic during the daily 5 p.m. Flag Retreat on Town Square (Main Street U.S.A.). The band performs the “Star Spangled Banner” as members of the Color Guard lower the flag.

This special tribute is a thank-you to veterans for their service, and a guest veteran is handed the flag. The band performs a medley of military music, and all guests are encouraged to join in the singing of “God Bless America. 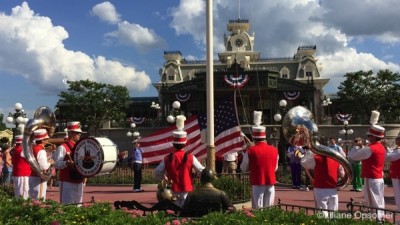 On both nights at 9 p.m., be sure to watch the Celebrate America! A Fourth of July Concert in the Sky fireworks. The best viewing points are along Main Street U.S.A. and on the platform of the Main Street Train Station. You can also view the fireworks over all three castles from the new Fantasyland. 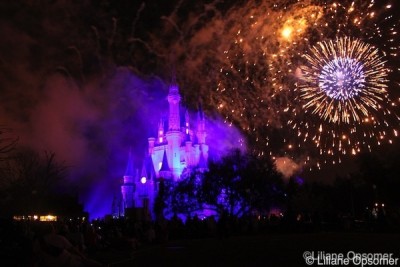 You can view the fireworks from outside the parks too. A great viewing spot is the observation deck on the fourth floor of the Contemporary Resort. If you have dining reservations at California Grill, ’Ohana, or Narcoossees, request a fireworks table to view the show. California Grill also has an outdoor viewing deck available to dining guests. The beaches at Disney’s Polynesian and the Grand Floridian Resort will be closed to Guests.

Outside of the Magic Kingdom you can enjoy the Electrical Water Pageant floating on the Seven Seas Lagoon and Bay Lake. The pageant features the American flag and red, white, and blue stars set to patriotic tunes. You can view the water pageant nightly from various resorts surrounding the lagoon and near the boat docks outside the gates of the Magic Kingdom. Check out the details here.

If you are planning to watch the Magic Kingdom’s Fourth of July fireworks from one of the resorts, you will need to use Disney transportation to arrive, as the parking lots at these resorts will most probably be closed to all but resort guests and those with dining reservations on the holiday.

End the night viewing Disney’s Main Street Electrical Parade taking place on both days at 10:15 p.m. and 12:15 a.m. The parade’s final float is a stunning tribute to America. 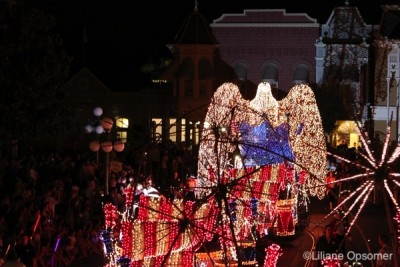 Daily at Epcot, at the American Pavilion in World Showcase, The American Adventure spotlights American history and heritage. Housed in an imposing brick structure reminiscent of colonial Philadelphia, the 29-minute show is a stirring, but sanitized, rendition of American history narrated by an audio-animatronic Mark Twain and Ben Franklin. Check out The Kinsey Collection in the American Heritage Gallery at the American Adventure Pavilion. The exhibit showcases 400 years of African-American achievement through rare art, documents, books, and artifacts. 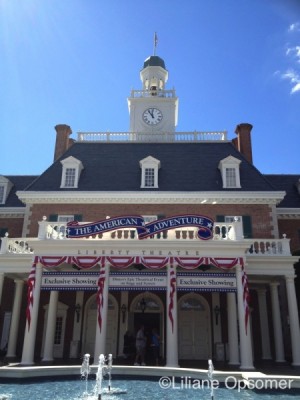 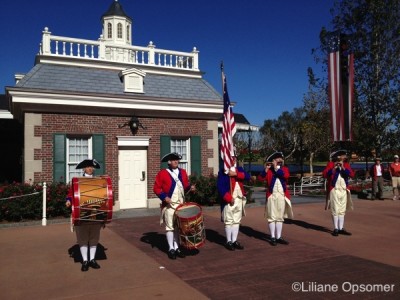 Also at the American Pavilion, be on the lookout for Disney characters dressed in patriotic attire. 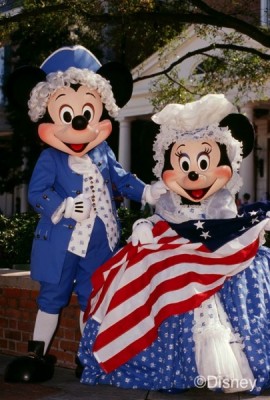 Stayin’ Alive, a Bee Gees tribute band, will perform at the American Gardens Theatre as part of the Sounds Like Summer concert series. Showtimes on July 4th are at 5:30 p.m., 6:45 p.m., and 8 p.m.

At 10 p.m. watch IllumiNations: Reflections of Earth. The show will be enhanced with a grand finale in a salute to America. 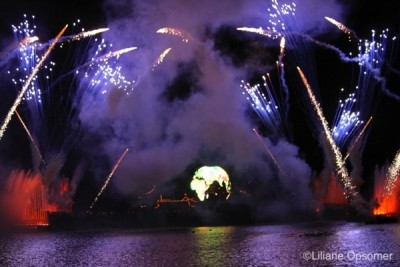 Park Hours July 4th are 9 a.m. until 10 p.m. (including the Mexican and Norwegian Pavilions at World Showcase). The rest of World Showcase opens at 11 a.m. and closes like the rest of the park at 10 p.m.

For a great view of IllumiNations: Reflections of Earth, try to get reservations at La Cantina de San Angel in Mexico, Spice Road Table in the Morocco Pavilion, or Rose and Crown Tavern in the United Kingdom about 2 hours prior to the show. The restaurants, however, won’t guarantee you a window or patio seat.

Other great viewing points are: the pedestrian bridge across the canal near International Gateway Island, the Second-floor (Restaurant-level) Deck of the Mitsukoshi Building in Japan, the Gondola Landing at Italy, the Boat Dock Opposite Germany, the bridge between France and the United Kingdom, and the 90-foot-long lagoon-side walkway between Germany and China. The best viewing area outside of the park is on Disney’s Boardwalk.

Will you be celebrating the Fourth of July at Walt Disney World?  We would love to hear from you. In the meantime we wish all a very Happy Fourth of July.