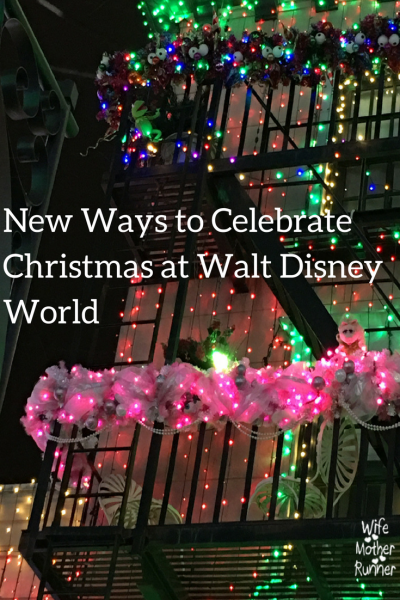 If you are missing the Osborne Family Spectacle of Dancing Lights at Disney’s Hollywood Studios, there is still an excuse to visit that park during the Holiday season.  I know nothing will take the place of the Osborne Lights.  My family had the opportunity to see them for the very last time in 2015.  We were lucky enough that they extended the lights into marathon weekend, so we flew down to Florida a day earlier to take in the show.

But this year, there is a new seasonal entertainment offering called Sunset Seasons Greetings.  Sunset Boulevard will be transformed every evening into the new Sunset Seasons Greetings.  Billboards will come to life to tell a story involving characters from all around the park.  Each character will have a part telling what they love most about the Holiday season.  Some of the characters involved will be Mickey and Minnie Mouse, Toy Story characters, the Muppets Swedish Chef, and Olaf from Frozen will be a part of the final scene.  You will also see the Aurora Borealis lights as you play in the falling snow.

I know this doesn’t come close to the Osborne Family Spectacle of Dancing Lights, but it is nice to know that Hollywood Studios will have a holiday themed, interactive atmosphere.  You can see the billboards coming to life and telling tales, as well as the Hollywood Tower Hotel (The Twilight Zone Tower of Terror), transform every evening through December 31, 2017.

The Christmas holiday time is one of the busiest times of year in Walt Disney World.  If you can get there earlier in the season prior to Thanksgiving you can still enjoy what the parks have to offer with the decorations and the Mickey’s Very Merry Christmas Party before the crowd level becomes its highest.

If you did have to visit during the Christmas break, be prepared to wait in very long lines from parking, entering the parks and then trying to get onto the attractions.  Should that be a time you go, try to find non-theme park things to do like visiting each hotel lobby or even walking around the campground at Fort Wilderness and seeing the decorations at each campsite.  There are a lot of holiday things you can still do without entering a theme park.  It’s just a matter of know where and where not to go to make such a busy time more enjoyable.

Are you excited about experiencing the new Sunset Seasons Greetings show? Share which scene you’re looking forward to seeing in the comments.