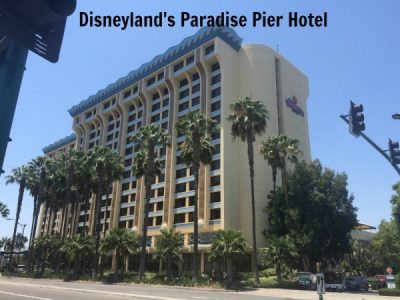 The Paradise Pier Hotel is one of three Disney owned and operated hotels in the Disneyland Resort. Many people have heard of the iconic Disneyland Hotel, which is a tribute to the early days of Disneyland. The newest property, the Grand Californian Hotel, is also fairly well known because it is the only West Coast Disney hotel that was designed and built by Disney. But I’ve noticed that not everyone has heard of the third hotel, the Paradise Pier Hotel, and that’s a shame, because it has a lot to offer.

This hotel opened in the mid-eighties as the Emerald of Anaheim, and was not owned by Disney. In the mid-nineties, Disney purchased the property and renamed it the Disneyland Pacific. When plans began for the huge expansion of Disneyland, to include the new California Adventure Park, this hotel got a facelift and yet another name change. It was renamed the Paradise Pier Hotel, to fit in with the Paradise Pier area of the new park. 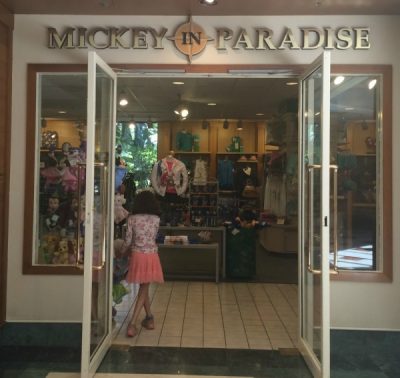 This hotel, like the section of the park with the same name, is themed to the beachfront boardwalks of yesteryear. As a high rise, it doesn’t have the same spacious lobbies and grounds as we’ve come to expect from Disney hotels. However, Disney Imagineers figured out a way to use the space to their best advantage.

Take the roof. On it, you’ll find incredible views of the surrounding area, and a great pool with a water slide called California Streamin’ (a nod to the California Screamin’ roller coaster in California Adventure) as well as a smaller kiddie pool and whirlpool.

If you happen to be up there during the fireworks showing, towel off and watch – the soundtrack is piped in. You’ll get a truly unique view of the show that even Disneyland regulars may not have ever seen.

The hotel’s restaurant, the PCH Grill, serves up one of my favorite character breakfasts on property. This is the only place on the West Coast I’ve ever met both Stitch and Daisy Duck. The food is great, the buffet has a wide variety, and watching Pluto push his nose up against the glass windows watching the cars go by was one of the highlights of our morning. 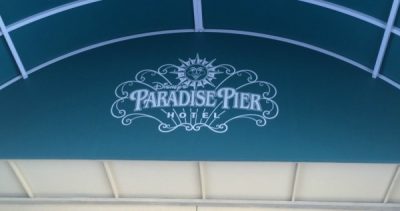 The hotel’s theme is the beachside boardwalks of yesteryear

If you’re looking for a quick bite before heading off into the parks, drop by the Surfside Lounge, a small lobby coffee bar which offers simple breakfast foods and also lunch and dinner items.

The rooms also happen to be the best bet for families of five – you can request a room with a day bed. Views from the rooms vary, from standard rooftops to spectacular views of California Adventure. If you get one of those rooms, you can even tune in to the World of Color soundtrack (on your hotel room TV) and watch the show from the comfort of your room! 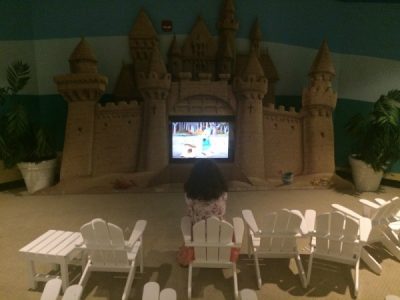 How adorable is the TV in the hotel’s lobby?

Of course, just like the other two on-property hotels, guests of the Paradise Pier enjoy early entry to a park on select days. Getting into a park an hour before other guests can give you the quiet early morning hours to get so much done!

In short, if you’re looking to stay on-property at Disneyland and find the prices at the Disneyland Hotel and Grand Californian too daunting, don’t discount the Paradise Pier. It features Disney whimsy and service in a unique setting that my family has enjoyed many times.

Have you stayed at the Paradise Pier Hotel? What were your thoughts? Share in the comments.