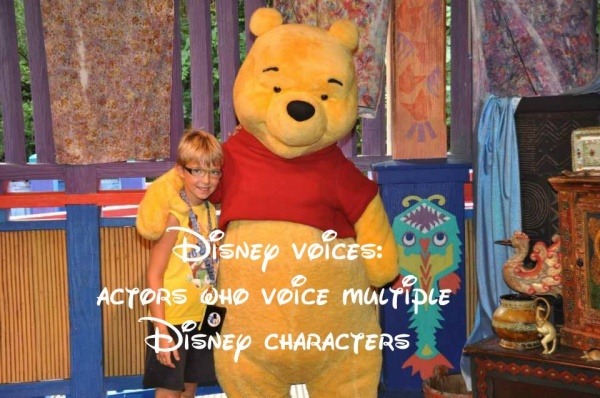 Have you ever wondered about the people who lend their talents as the voices of Disney characters? (Besides John Ratzenberger because everyone knows he voices a character in every Pixar film.)

Some Disney movies have big name stars – think Idina Menzel and Kristen Bell as Elsa and Anna in the Frozen movies – but some lesser known names provide some of your favorite Disney voices. The same person might have even voiced more than one of your favorite characters.

Inconceivable! Yet, it’s true. Wallace Shawn, who made the line “Inconceivable” famous as Vizzini in “The Princess Bride” is one of those actors who voices multiple Disney characters.

Shawn, also known to some as Mr. Hall from “Clueless,” most famously provides the voice of Rex in the Toy Story movies. However, that’s not the first or the only other Disney character Shawn has voiced through the years.

He’s the voice of Principal Mazur in “A Goofy Movie,” Gilbert Huph (Bob Parr’s boss) in “The Incredibles,” and Principal Fetchit in “Chicken Little.” He even played Ezra, one of the hitchhiking ghosts, in the live action “The Haunted Mansion” movie.

Jim Cummings is another actor you might not realize voices multiple Disney characters. I first looked him up when I wanted to learn who voiced Ray in “The Princess and the Frog.” That’s when I learned that Cummings started voicing Winnie the Pooh and Tigger in 1990. (From 1957 to 1982, the late Sterling Holloway voiced Winnie the Pooh.)

However, those aren’t the only voices Cummings provides. The list is much longer and includes characters in “Aladdin” and “Wreck-It Ralph.” Cummings voiced Ed the hyena in “The Lion King” along with Powhatan in “Pocahontas.”

Some might recognize his voice as that of Hondo Ohnaka from the Star Wars: The Clone Wars series and in the Millennium Falcon Smugglers Run attraction in Galaxy Edge at Disney’s Hollywood Studios.

Finally, let’s end this round of Disney voices with Bonnie Hunt. Perhaps best known as the voice of Sally Carrera in the Cars movies, Hunt has actually voiced numerous Disney characters.

She provides the voice of Dolly in third and fourth Toy Story movies as well as Aunt Tilly in Sofia the First. Hunt also voiced Judy Hopps’ mom Bonnie in “Zootopia” along with two different characters in each of the Monsters movies. After voicing Flint in “Monsters, Inc.,” she went on to voice Mrs. Graves in “Monsters University.”

Hunt also voiced a character in one of my favorite Pixar movies, “A Bug’s Life,” which was the very first movie I brought my son to see. Hunt voiced Rosie the black widow spider in the insect flick.

This is the first in a series of posts about Disney voices. Next time, we’ll take a look at some big name stars who voiced Disney characters.