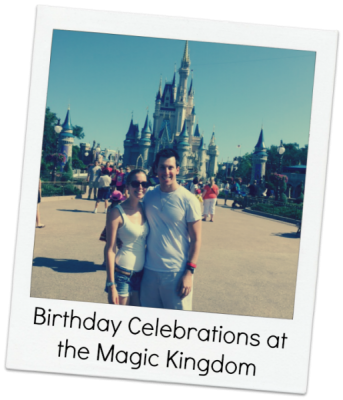 I recently celebrated my birthday at Walt Disney World, which in itself, is a dream come true! Being able to escape the hustle and bustle of New York City for a few days of Disney magic was wonderful. We made it our mission to pack as much Disney into 5 days as possible! We made it to all 4 parks, caught the Star Wars fireworks twice, did some fantastic dining, and somehow survived that Florida heat and humidity! Here, I’ll bring you my trip report from my birthday at the Magic Kingdom.
We decided to wake up early and try to get some attractions in before the heat and crowds slowed us down. July 31st in central Florida can get hot and humid, so we wanted to pack some fun in as soon as possible! Unfortunately, we had a hard time waking up when our alarm went off, so we missed rope drop by about 20 minutes! Not being a Space Mountain fanatic myself, my mom and boyfriend headed over to get a ride in while my dad and I found a cast member to give me a birthday button. If you ever want to feel like royalty at Disney World, go on your birthday and ask for a birthday button! I received at least 100 birthday wishes from cast members and guests, alike! We rode the Tomorrowland Transit Authority (TTA) for one loop until the rest of the crew finished on Space Mountain.
We took a few pictures in front of the castle (this never gets old, no matter how many times I visit Walt Disney World!), and made our way back to Frontierland to hit a few more of the rides that typically have longer waits. We rode Big Thunder Mountain Railroad then headed straight for Splash Mountain, where we waited less than 10 minutes to ride. At this point, it was time for our FastPass+ at Haunted Mansion, one of our family favorites, which provided some nice relief from the sun! 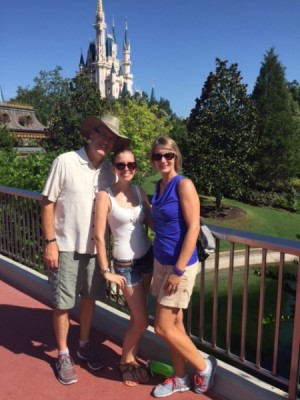 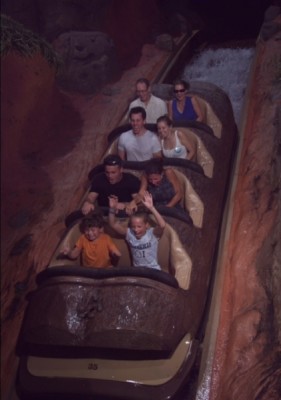 We got in a couple more quick rides in Adventureland before getting hungry. We stopped by Cosmic Ray’s (not our favorite spot, but air conditioned, nonetheless) for a quick bite, then hit the parks again. Since my boyfriend hadn’t visited the Magic Kingdom in about 15 years, we made it our goal to ride some of the classics, such as It’s a Small World, Peter Pan’s Flight, Dumbo, and Pirates of the Caribbean. We also took our FastPass+ ride on the Seven Dwarfs Mine Train, one of my very favorites! At this point, it was mid-afternoon, so we headed back to my parent’s house to take a swim, open some birthday presents, and eat some chocolate cake! We decided not to over plan and cram too much into the day, and we really enjoyed the mid-afternoon break! 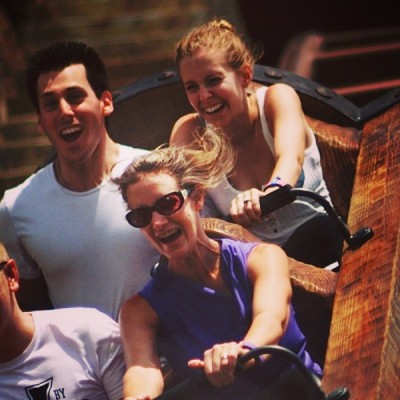 The fun continued into the evening; we had my birthday dinner at Morimoto Asia, which I’d been looking forward to for weeks! We enjoyed some dim sum, a little sushi, orange chicken, and some rice/noodle dishes! Since we were already at the new Disney Springs for dinner, we took a quick walk through some of the shops and grabbed a birthday cupcake from Sprinkles! Since the sun had gone down, it was cool enough out that we felt comfortable walking a bit. 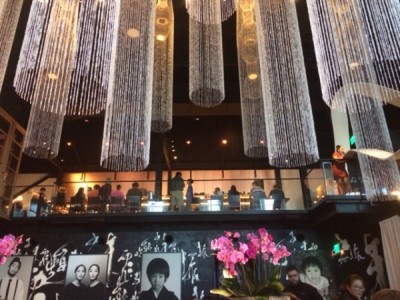 To wrap up a perfect birthday, we headed back to the Magic Kingdom for Celebrate the Magic, where images are projected onto Cinderella Castle, making it appear as if it’s coming to life! We stuck around for Wishes fireworks, and took off to take a couple more rides before the park closed. I was even convinced to ride Space Mountain! Once we were sufficiently exhausted, we took a stroll down Main Street U.S.A. and headed home. 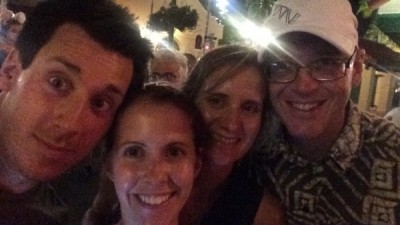 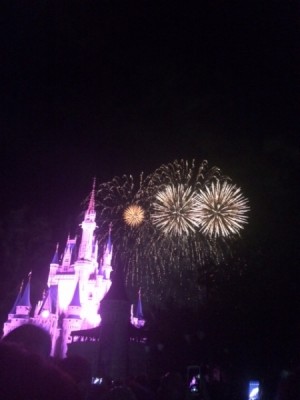