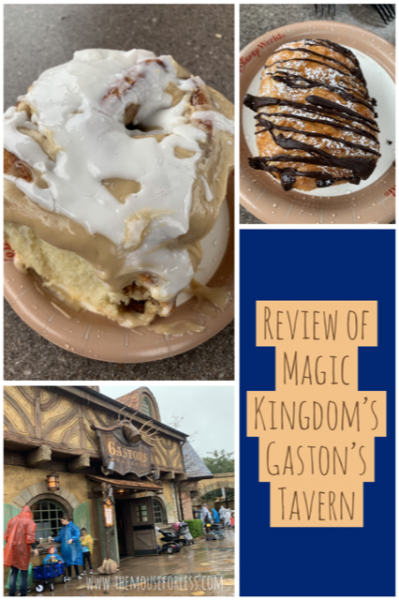 There aren’t a lot of places to grab a quick breakfast anymore at the Magic Kingdom. The Main Street Bakery is a common place for Guests to stop, especially because it’s the first place Guests see and they offer Starbucks. But, for those who make their way back to Fantasyland, they will find Gaston’s Tavern, and trust me when I say this is a place you want to make your way to. 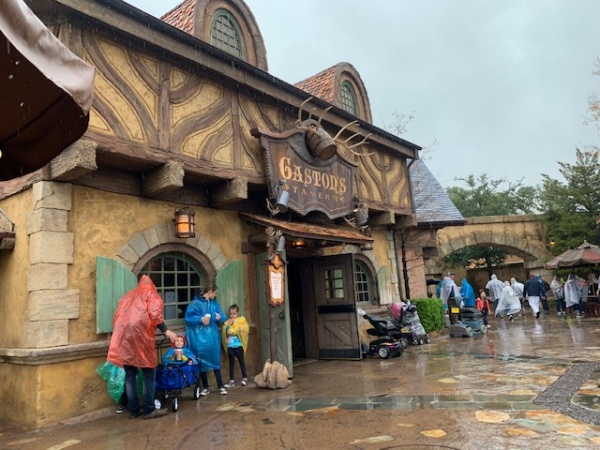 I’m going to let you in on a little secret. I eat at Disney a lot, right? I mean, I have a whole post on Fridays for food reviews and such. But this…this was my very first Magic Kingdom cinnamon roll. I KNOW!!!! Crazy, right?

The cinnamon roll from Gaston’s Tavern is quite large. While I did end up eating the whole thing myself, it’s definitely something you might want to consider splitting. The roll has a good amount of icing and what’s great about it is there is a vanilla flavored icing, as well as a maple flavored icing on top! I personally really liked the maple flavor, but I know that cinnamon roll purists aren’t necessarily a fan. 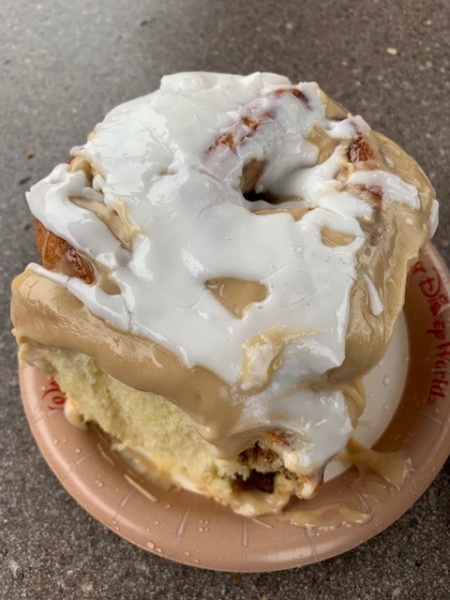 There is a lot of bread and a good cinnamon taste to this roll. If you want this to be sweeter, you may want to ask for more icing, but I found it to be plenty sweet. 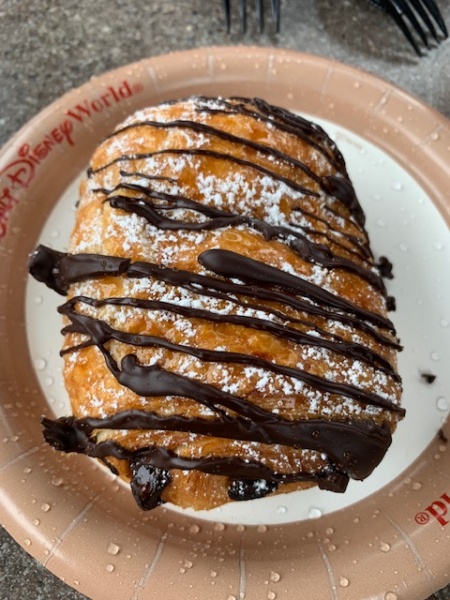 If you’re maybe not looking for a cinnamon roll, Gaston’s Tavern has another option. They do offer a chocolate croissant. This has a flaky crust and a nice smattering of chocolate inside. Again, I wished it would have been served warm. Overall though, if you are looking for a good breakfast item, this was just lackluster. It wasn’t super impressive and didn’t stand out. I would suggest getting the cinnamon roll instead of the chocolate croissant. It just seemed a little pedestrian.

Have you tried the breakfast items at Gaston’s Tavern? What did you think of them? Let us know in the comments, or on Facebook or Twitter!