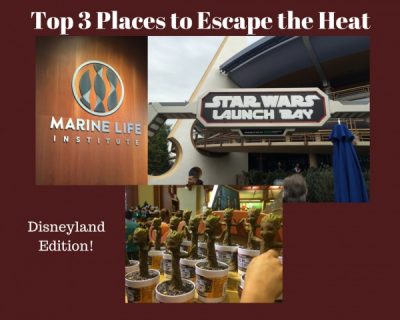 These three places will help you keep your cool at Disneyland

Contrary to popular belief, Southern California actually does have seasons. But more often than not, it’s sunny and warm. In fact, it’s not uncommon for it to be blazing hot from spring all the way into fall.

If you’re visiting Disneyland when it’s especially hot, you’ll want to think about where you can escape to if the heat is keeping you from enjoying yourself. Of course, if you’re staying at a nearby hotel, either on or off Disney property, you can easily escape to your hotel room for some down time, or to your pool to splash in the cool water.

But if your hotel is too far away to make a mid day break practical, here are my top 3 places to escape the blazing heat while at Disneyland! 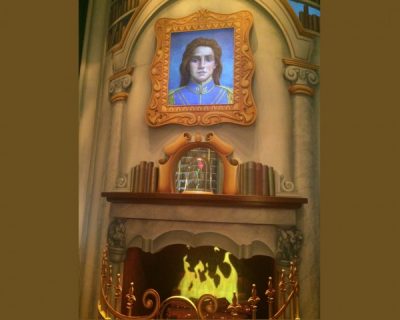 You’ll find the Animation Building in Disney California Adventure, in the Hollywood Land section of the park. It’s a large, blessedly air conditioned building with lots of small shows and interactive areas inside. This means you could easily spend an hour or more here, going from area to area without having to step outside.

In the main lobby, stills, concept art, and finished cells from Disney films are projected all around you as the soundtrack from those films fill the air. Some people find this just a minor amusement, while others will plop down on the floor to stay awhile.

In the Animation Academy, you can sit at an animator’s desk and learn to draw a Disney character. In the Sorcerer’s Workshop, you can try your hand at old-fashioned zoetrope animation, and learn which Disney character you are most like. And in Turtle Talk with Crush, the audience gets to interact with that totally righteous sea turtle from Finding Nemo. 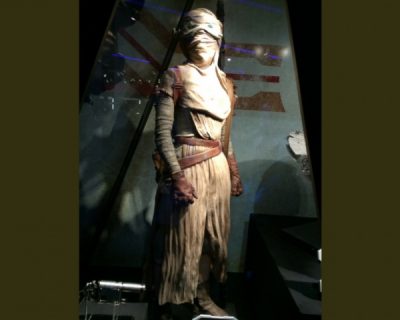 Located in Disneyland Park’s Tomorrowland, the Star Wars Launch Bay is a must do for serious Jedi and Padawans alike. Themed displays surround you, and are updated as new installments of the Star Wars sagas are released in theaters.

You can see actual props from the films as well as replicas created just for this location. (It should come as no surprise that you can purchase many of these replicas in a shop nearby.)

Characters are on hand to greet guests. During our past visits, we’ve seen Chewbacca, Darth Vader, and Kylo Ren all greeting guests. And recently Rey has been added to the meet-and-greet lineup. 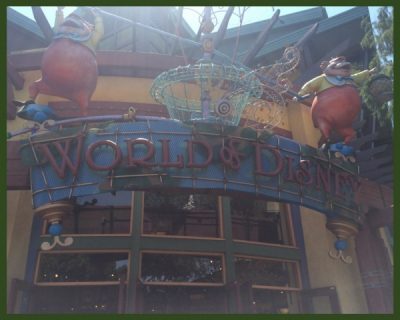 My third selection isn’t in the parks, but in Downtown Disney, which is within easy walking distance of both parks. World of Disney is the largest Disney store on the West Coast. Here, you’ll find almost anything imaginable having to do with the Disneyland Resort, Star Wars, Marvel, and both classic and new Disney films.

Even if you’re not in the mood to buy, just window shopping here is fun. If you do want to take home a souvenir, consider some of the more interactive and personal selections. You can build your own charm bracelet, or have your favorite Disney artwork printed on paper or canvas.

Although the store is broken up into smaller areas (one for toys, another for kitchen accessories, etc.) it’s all indoors, so you can shop to your heart’s content without leaving the air conditioning. After all, according to Disney, the world is small, but this store definitely is not!

What are your tips for beating the heat when visiting Disneyland? Let us know in the comments, or on Facebook or Twitter.