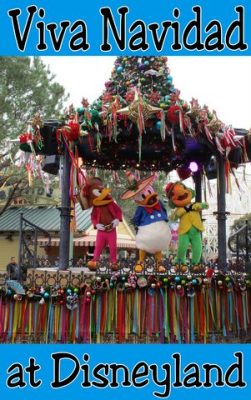 Disney California Adventure‘s Christmas celebration has really expanded over the past few years. This marks the fourth year for the Viva Navidad activities in the Paradise Pier area, and the party just keeps getting bigger! 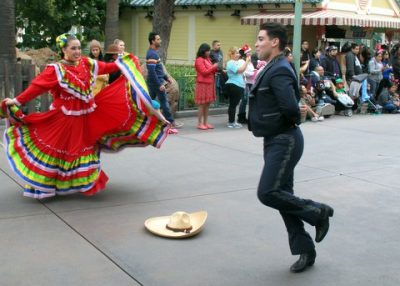 The heart of Viva Navidad is the street party featuring the Three Caballeros (seen at the top of this article) and groups of talented dancers. Disney didn’t just dress up a few Cast Members — they use real folkloric and samba dancers, as well as mariachis. 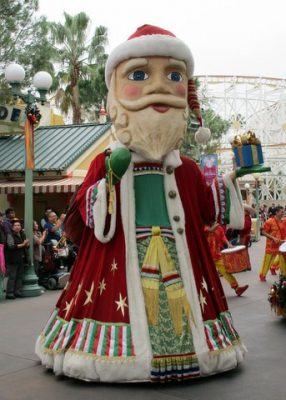 To see the show, wait in front of Bayside Brews (not coincidentally on the bay side of the path) for one of the six afternoon and evening shows. Ask the Cast Members where to stand if you are unsure. 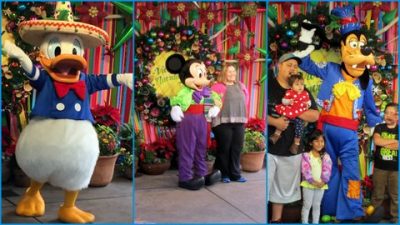 When Donald and his Caballero friends aren’t parading around, they take turns in the meet-and-greet space with Mickey, Minnie, and Goofy. Each dresses in their Navidad holiday best. Since the characters trade off frequently, you won’t know who you’ll see until you reach the front of the line. These represent some of the unique character costumes you can see only at Disneyland. 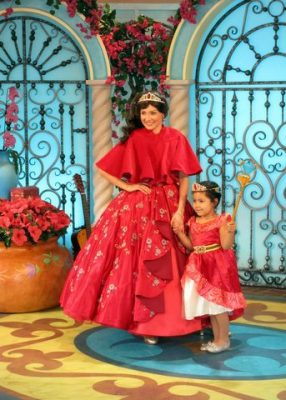 Elena of Avalor comes from the new Disney Junior show and has just been added to the character roster this holiday season. She meets in Paradise Pier in the next gazebo over from the classic Disney characters. Her line was even longer than theirs! 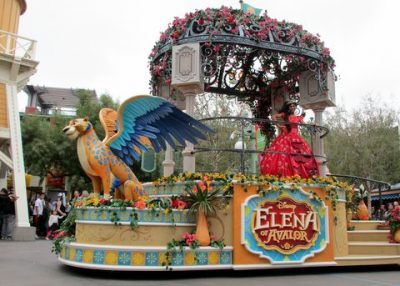 Elena is a busy princess — she also hosts her own parade, Princess Elena’s Musical Grand Arrival. Elena’s show also faces the bay and features a troupe of dancers, along with Elena singing several songs from her series. Based on the little girls in the audience dressed as Elena and singing along, this show qualifies as a hit! Grab a seat on the pavement just outside of the Jumpin’ Jellyfish exit for one of the four afternoon shows. You can find showtimes for this and the Viva Navidad street party in the printed Times Guide, or on the Disneyland app in the “Entertainment” section.

Both of these events are a little more than a show and a little less than a parade. Each runs about 15 minutes total. The shows have a single float (as well as dancers) that comes out near California Screamin’ and travels down to a spot near the corner. After the show the float retreats from where it came with music accompanying. They have several performances each day, which makes it easy to walk up just before the shows start to get a good view. During these performances, foot traffic through this corner of Paradise Pier is nearly impassable, so avoid this route around the bay if you aren’t planning to participate. 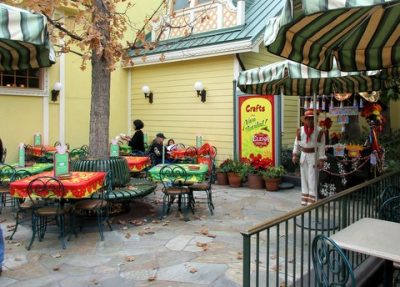 Along with the shows and the characters, Disney California Adventure has added Viva Navidad activities such as a crafts area and special foods at Paradise Garden Grill. The whole area is decorated and much livelier than it is the rest of the year.

Have you seen the Viva Navidad activities? Which is your favorite? Share in the comments.